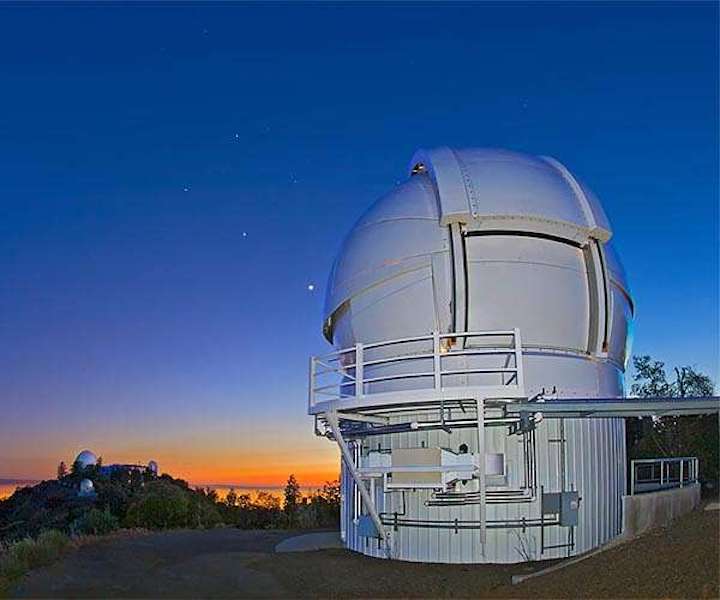 A UC Riverside astronomer and a group of eagle-eyed citizen scientists have discovered a giant gas planet hidden from view by typical stargazing tools. The planet, TOI-2180 b, has the same diameter as Jupiter, but is nearly three times more massive. Researchers also believe it contains 105 times the mass of Earth in elements heavier than helium and hydrogen. Nothing quite like it exists in our solar system.

Details of the finding have been published in the Astronomical Journal and presented at the American Astronomical Society virtual press event on Jan. 13.

"TOI-2180 b is such an exciting planet to have found," said UCR astronomer Paul Dalba, who helped confirm the planet's existence. "It hits the trifecta of 1) having a several-hundred-day orbit, 2) being relatively close to Earth (379 lightyears is considered close for an exoplanet), and 3) us being able to see it transit in front of its star. It is very rare for astronomers to discover a planet that checks all three of these boxes."

Dalba also explained that the planet is special because it takes 261 days to complete a journey around its star, a long time compared to many known gas giants outside our solar system. Its relative proximity to Earth and the brightness of the star it orbits also make it likely astronomers will be able to learn more about it.

In order to locate exoplanets, which orbit stars other than our sun, NASA's TESS satellite looks at one part of the sky for a month, then moves on. It is searching for dips in brightness that occur when a planet crosses in front of a star.

"The rule of thumb is that we need to see three 'dips' or transits before we believe we've found a planet," Dalba said. A single transit event could be caused by a telescope with a jitter, or a star masquerading as a planet. For these reasons, TESS isn't focused on these single transit events. However, a small group of citizen scientists is.

Looking over TESS data, Tom Jacobs, a group member and former U.S. naval officer, saw light dim from the TOI-2180 star, just once. His group alerted Dalba, who specializes in studying planets that take a long time to orbit their stars.

Using the Lick Observatory's Automated Planet Finder Telescope, Dalba and his colleagues observed the planet's gravitational tug on the star, which allowed them to calculate the mass of TOI-2180 b and estimate a range of possibilities for its orbit.

Hoping to observe a second transit event, Dalba organized a campaign using 14 different telescopes across three continents in the northern hemisphere. Over the course of 11 days in August 2021, the effort resulted in 20,000 images of the TOI-2180 star, though none of them detected the planet with confidence.

However, the campaign did lead the group to estimate that TESS will see the planet transit its star again in February, when they're planning a follow up study. Funding for Dalba's research is provided by the National Science Foundation's Astronomy and Astrophysics Postdoctoral Fellowship Program.

The citizen planet hunters' group takes publicly available data from NASA satellites like TESS and looks for single transit events. While professional astronomers use algorithms to scan a lot of data automatically, the Visual Survey Group uses a program they created to inspect telescope data by eye.

"The effort they put in is really important and impressive, because it's hard to write code that can identify single transit events reliably," Dalba said. "This is one area where humans are still beating code."