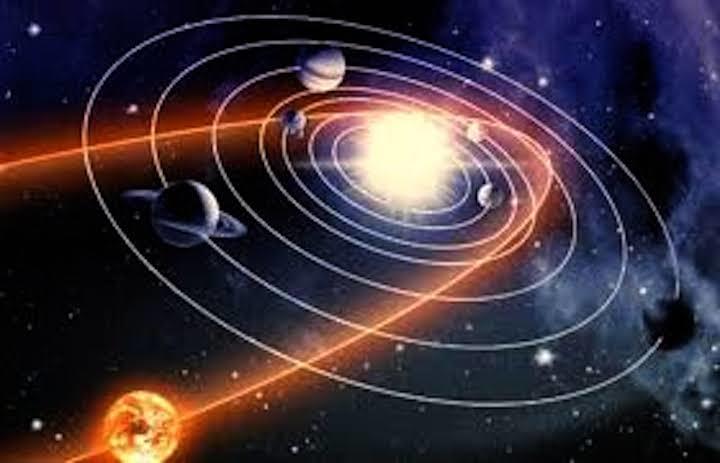 NASA senior scientist David Morrison explains why there is no such thing as a planet called Nibiru.(NASA)

David Morrison is a real NASA scientist who studies real planets and makes real discoveries about the real universe.

Unfortunately for him, Morrison’s duties also include debunking perennial Internet theories that a fake planet is about to destroy the Earth, which was supposed to happen in 2003, then 2012, then Sept. 23, then October — and now the world is supposed to end again some time Sunday.

And the astronomer sounds like he’s just about had it.

“You’re asking me for a logical explanation of a totally illogical idea,” Morrison said on this week’s SETI Institute podcast, after the hosts asked for his take on third scheduled apocalypse in three months. “There is no such planet, there never has been, and presumably there never will be — but it keeps popping up over and over.”

We can understand his frustration. Based on just enough pseudoscience to capture the popular imagination, the theory claims that a planet (or “black star”) called Nibiru (or Planet X) is orbiting the outer fringes of our solar system. It’s just far enough out there that no one can prove it exists, of course, but also happens to be on a path that will soon send it careening toward Earth — either to smash into us or get close enough to cause a gravitational doomsday.

“I assumed that Nibiru was the sort of Internet rumor that would quickly pass,” Morrison wrote in 2008, after his “Ask an Astrobiologist” website had become inundated with predictions that Nibiru was going to cross paths with Earth in 2012.

“I now receive at least one question per day, ranging from anguished (‘I can’t sleep; I am really scared; I don’t want to die’) to the abusive (‘Why are you lying; you are putting my family at risk; if NASA denies it then it must be true.’)” he wrote.

Morrison laid out a detailed explanation, which he would repeat in years to come: There is no evidence that Nibiru exists; if it did exist, it would have screwed up the outer planets’ orbits long ago; and people have predicted its arrival before and been wrong.

Of course, logic didn’t work. Thousands of panicky emails poured in to NASA as the 2012 supposed dooms date approached, Morrison said on the podcast. The agency was internally split over whether to respond, lest it legitimize nonsense, and eventually the director of NASA decided something had to be done.

Thus was Morrison — whose has worked on NASA’s Voyager, Galileo and Kepler missions in his decades long career — forced to make YouTube videos for frightened children.

“I got a note from a 12-year-old girl. She said she and her classmates were scared,” he said in a 2011 video. “The simplest thing to say is there is no evidence whatsoever for the existence of Nibiru.”

Sure enough, no phantom star disrupted Earth’s orbit in 2012.

Sure enough, the fear of it continued to disrupt Morrison’s work up to the present day.

[The man whose biblical doomsday claim has some nervously eyeing Sept. 23]

As Kristine Phillips wrote for The Washington Post, a conspiracy theorist put a biblical spin on the Nibiru theory this year, claiming to have deduced from the Book of Revelation that it would set off a spasm of earthquakes, volcanic eruptions and tidal waves beginning on Sept. 23.

But tabloids and YouTube cranks simply moved on to other theorists with other soon-ish dooms dates. The most recent was a blogger who predicted that Nibiru, the sun and the Earth will all line up and cause a cataclysmic series earthquakes on Sunday.

That’s why you can now read a Newsweek article, — “HOW TO PREPARE IF CONSPIRACY THEORISTS ARE RIGHT” — and any number of tabloids warnings about armageddon, yet again.

And that’s just the headlines. Nibiru theories have by now become so abundant that if you spend long enough on YouTube or PlanetXNews.com you can find an apocalypse scheduled for just about any given day of the week.

And that’s why Morrison was on the SETI podcast this week, distracted from his science once again to talk about a world that never stops failing to end.

“I got a phone call the other day,” Morrison said. “The world was supposed to end Saturday. The man asked, ‘Should I ought to work on Saturday, or stay home with my family?’ ”

He didn’t say how he answered. At this point, does it even matter?