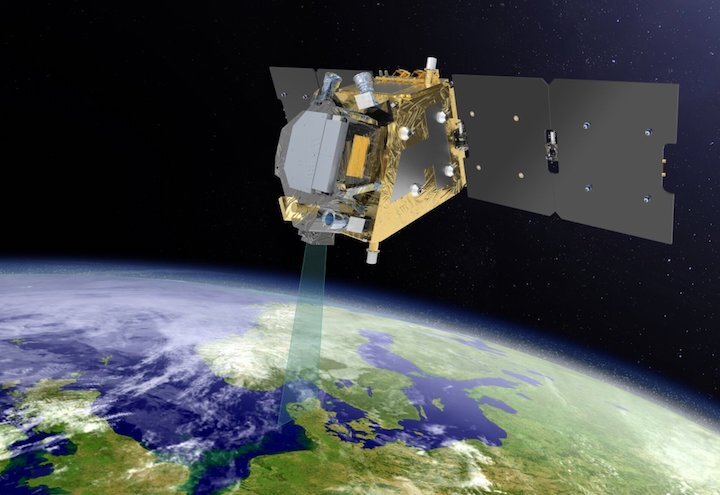 A contract signed with Arianespace secures the joint launch for two satellites that will further knowledge of our home planet. Scheduled to lift off on a new class of rocket, ESA’s Vega-C, from Europe’s Spaceport in mid-2025, FLEX will yield new information about the health of the world’s plants and Altius will deliver profiles of ozone and other trace gases in the upper atmosphere to support services such as weather forecasting.

Both satellite missions are set to bring significant benefits to both science and society.

FLEX is an Earth Explorer research mission. Earth Explorers, which are pivotal to ESA’s FutureEO programme, are built to show how pioneering space technology can return novel information about how our planet works as a system and to better understand our rapidly changing world.

Although essentially built for science, many of these missions also deliver information that has direct practical uses. Moreover, once the technology and applications have been proven, Earth Explorers, importantly, provide the sound heritage for future satellite missions designed to provide systematic data for services that benefit daily life.

FLEX will help address one of our biggest challenges: understanding the health of Earth’s vegetation, which is critical to improve food security.

The planet’s growing global population is placing mounting pressure on the production of food, animal feed, biological fuels and pharmaceutical products. It is estimated that there will have to be more than a 50% increase in agricultural production by 2050 to meet demand. Understanding plant health and productivity is therefore essential to managing resources.

Although photosynthesis is one of the most fundamental processes on the planet, it has not been possible to measure it directly on large spatial scales. However, when plants photosynthesise, they emit a faint fluorescent glow.

This glow is invisible to the naked eye, but, remarkably, it can be measured from space. Carrying a novel instrument called the Fluorescence Imaging Spectrometer, FLEX will measure this fluorescent signal to shed new light on the functioning of our vegetation. The information will be used to assess the functioning, health and stress of plants.

Altius is a smaller class satellite, but it will fill a very important gap in the continuation of ‘limb’ measurements for atmospheric science. It is being developed within ESA’s Earth Watch programme and financed mainly by Belgium with contributions from Canada, Luxembourg and Romania.

This new mission is being built to deliver vertical profiles of ozone and other atmospheric gases.

While the ozone hole over Antarctica has been recovering in recent years, it is still a serious concern. And, needless to say, the understanding and monitoring of Earth’s atmosphere, with the rise in greenhouse gases that fuel climate change, is one of the most serious environmental issues humankind is currently facing.

Carrying an instrument that images in the ultraviolet, visible and near-infrared channels, the Atmospheric Limb Tracker for Investigation of the Upcoming Stratosphere, or Altius for short, will measure both stratospheric ozone and other atmospheric trace gases such as nitrogen dioxide and aerosols that affect air quality.

As its name suggests, Altius will not look straight down on Earth, but will observe the atmosphere along Earth’s horizon. The ‘limb-sounding’ technique allows trace gases such as ozone to be profiled so that concentrations can be seen at different altitudes with high vertical resolution.

The contract, now signed with Arianespace, ensures passage into space for these precious satellite missions from Europe’s Spaceport in French Guiana.

Both will be taken into orbit on ESA’s new Vega-C rocket. Building on the current Vega class, the first Vega-C will first take to the skies in 2022.

Vega-C is more powerful than its predecessor and is capable of a wide range of mission types. It is a single body rocket about 35 m high with a mass at liftoff of 210 tonnes. It is able to place about 2200 kg in a reference 700 km-polar orbit, meeting the needs of European institutions and industry.

While the contract to launch FLEX and Altius assumes they will be launched on the same rocket in mid-2025, there is provision for alternative shared launches should there be a drift in the timing of their relative development processes.