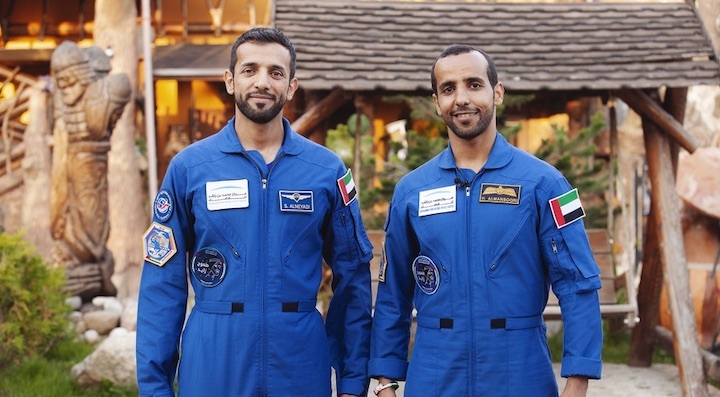 DUBAI, U.A.E. — The space center responsible for the United Arab Emirates’ human spaceflight program is looking at a range of flight options for its astronaut corps.

The U.A.E. currently has four astronauts, including two selected in April from a pool of more than 4,300 applicants. Only one, Hazzaa AlMansoori, has been in space, spending a week on the International Space Station after launching on a Soyuz mission in September 2019.

At the time, a Soyuz flight was the only option for flying an Emirati astronaut, said Salem AlMarri, deputy director general of the Mohammed Bin Rashid Space Centre (MBRSC), in an Oct. 28 interview during the 72nd International Astronautical Congress here. The emergence of commercial crew vehicles like SpaceX’s Crew Dragon creates new options now.

“Today, the environment for flight opportunities is quite abundant compared to a couple of years ago,” he said. “There’s quite a few options that we can look at from a commercial standpoint or from a government-to-government standpoint, whereas a few years ago there was really only one option, which was Soyuz.”

The center, he said, is in discussions with both NASA and Roscosmos about flight opportunities, while also considering options for commercial flights. “You can look at Inspiration4 as an example,” he said, referring to the three-day flight of a Crew Dragon with four people on board in September that did not dock with the ISS. “You’ve got short-duration missions commercially to the ISS, like Axiom Space, and then you’ve got potential cooperation with governments like Russia and NASA on finding different types of opportunities.”

AlMarri said MBRSC is considering all those options. “What we look at is that we want something sustainable. We’re looking for some kind of cooperation that’s more long-term,” he said, with a goal of “solidifying our approach” in the coming months.

The center is examining other avenues of cooperation in space exploration, such as NASA’s Artemis program. “We’re looking at opportunities basically to see how we can have a significant role in exploration programs,” he said. One example is the inclusion of an Emirati, Abdalla AlHammadi, on an eight-month analogue moon mission by Russia’s Institute of Biomedical Problems that starts in November in Moscow. He will be joined by three Russians and two Americans.

Another exploration program underway at MBRSC is the Emirates Lunar Mission, featuring a rover called Rashid. The 15-kilogram rover will be on a commercial lunar lander being built by Japanese company ispace and scheduled for launch in October 2022. The rover will carry a suite of cameras and other instruments, including payloads provided by the French space agency CNES.

MBRSC announced Oct. 27 a memorandum of understanding with Airbus Defence and Space to collaborate on a rover experiment to study how lunar regolith adheres to different materials. AlMarri added that MBRSC is planning a second, more advanced lunar rover that could launch in 2024.