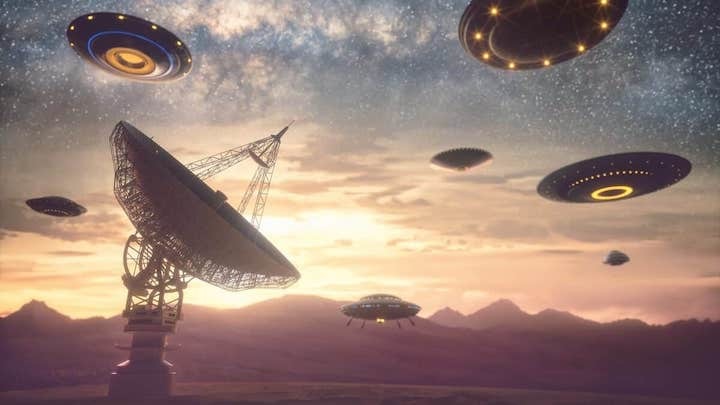 Imagine you’re the very first scientist to discover aliens. Maybe it’s a clear message picked up by a radio telescope or life swimming through the ocean below Europa’s icy crust, or perhaps it’s signs of microbes wriggling in harsh Martian lakes or microscopic fossils in a meteorite.

But how do you go about telling the rest of the world about such a momentous discovery? And what happens if you’re wrong?

NASA scientists have just published a commentary article in Nature calling for a framework for reporting extraterrestrial life to the world.

“Our generation could realistically be the one to discover evidence of life beyond Earth,” write NASA Chief Scientist James Green and colleagues. “With this privileged potential comes responsibility.

“As life-detection objectives become increasingly prominent in space sciences, it is essential to open a community dialogue about how to convey information in a subject matter that is diverse, complicated and has a high potential to be sensationalised.”

The team explains that finding extraterrestrial life is often thought to be “an all-or-nothing proposition: either a mission returns definitive evidence of life or it has fallen short of its objective”.

But evidence is more than likely not going to come in the definitive form of little green men touching down on Earth. In fact, it’s likely to be subtle or even completely unfamiliar to us, or perhaps it will only reveal itself in drawn-out stages as scientists make a series of follow-up observations.

Green and colleagues argue that this should be made clear – that we should reframe such a discovery, so it isn’t presented as a single moment when aliens are announced to the world. Instead, it should be seen as a progressive endeavour, reflecting the process of science itself.

“If, instead, we recast the search for life as a progressive endeavour, we convey the value of observations that are contextual or suggestive but not definitive and emphasise that false starts and dead ends are an expected part of a healthy scientific process,” they write.

This will involve scientists, technologists and the media talking to each other to agree firstly on objective standards of evidence for life, and secondly on the best way to communicate that evidence. This, they say, should preferably be done now before a detection of life is made, rather than scramble to put it together in the aftermath.

The team kickstarts the conversation by proposing a ‘confidence of life detection’ (CoLD) scale, which contains seven steps taking us from first exciting potential detection of life to definitive confirmation.

“The lowest levels of this scale [1 and 2] focus on the initial identification of potential biosignatures – for example, chemistry, physical structures or activity consistent with biological origin,” Green and colleagues explain.

Steps 3 and 4 focus on finding out whether the environment around the biosignatures is actually habitable, whether a biological explanation is the best and only one, or if there are other contaminating sources.

“Higher levels of the scale involve corroboration of the initial result by independent lines of evidence and dismissal of alternative hypotheses that are developed by the community specifically in response to the initial result.”

Importantly, being familiar with this scale would mean that everyone involved – from scientists to the media to the public – would be aware that any individual result might be knocked out at any stage.

The last step would be the hardest, especially when considering the potential findings of current missions. NASA’s Perseverance Rover, for example, is currently trundling around Jezero Crater on Mars looking for signs of ancient life. The rover is equipped with all kinds of instruments that would allow it to detect life right up to level 5, but it would take an analysis of samples returned to Earth to achieve level 6 – and reaching level 7 might involve follow-up investigations on other places on Mars.

But a scale like CoLD, the authors stress, is only a proof of concept, meant to open up the dialogue.

This is an increasingly important conversation to have – because experts think that the odds aliens exist are high.

“Whatever the outcome of the dialogue, what matters is that it occurs,” they write. “In doing so, we can only become more effective at communicating the results of our work, and the wonder associated with it.”