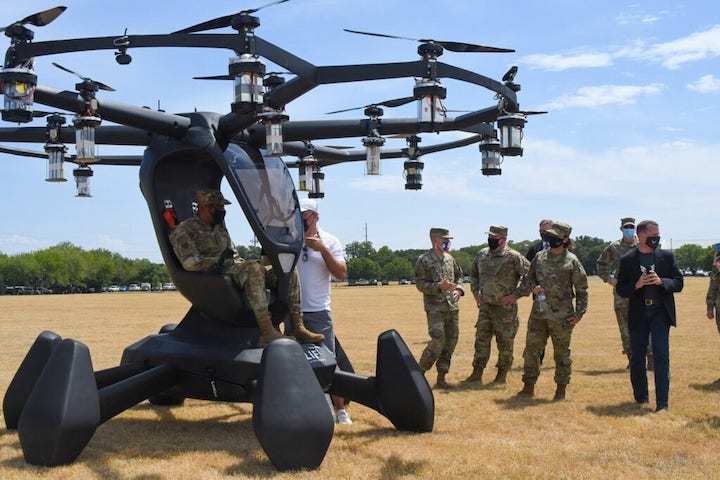 The U.S. Air Force awarded a contract to study a radar sensing solution, the SPEKTRA radar, used by the automotive industry to see if it can be modified for electric vertical take-off and landing (eVTOL) operations in its Agility Prime program, the manufacturer of the radar, Metawave Corporation, announced in a Jan. 6 press release.

Agility Prime is the U.S. Air Force's effort, along with numerous other federal agencies, to support booming commercial investment into eVTOLs. The SPEKTRA radar provides radar capabilities with accuracy out to 330 meters and is used in adaptive cruise control, lane change assist, and automated emergency braking in automobiles, according to the release.

The SPEKTRA radar was developed by Metawave with the help of Rhea Space Activity (RSA) who suggested the radar as a good fit for the Agility Prime program while it was in the process of becoming commercially operational, according to the release.

"Rapid technological innovation in the U.S. driverless car sector is also demonstrating remarkable compatibility with the high-performance requirements of many Department of Defense missions," Shawn Usman, astrophysicist and Founder of RSA said in a press statement. "SPEKTRA in particular is versatile enough to support unmanned VTOL operations as well as fixed-wing flight. By guiding small yet highly innovative companies like Metawave through the complexities of programs such as AFWERX, RSA plays a crucial cooperative role in developing core technologies, like SPEKTRA, to push the boundaries of current consumer-facing innovations, while helping to solve critical national security issues."

Metawave is working with the Arizona State University Center for Wireless Information Systems and Computational Architectures in phase one of the contract, according to the release. During this phase, the radar will be modified for longer ranges and navigating three-dimensional space.

If Metawave is granted a phase two contract, they would then conduct field tests with the equipment.

"Both the automotive and eVTOL markets require the highest level of precision delivered by SPEKTRA," Maha Achour, CEO and founder of Metawave, said in a press statement. "For both applications, the ability to reliably distinguish between several objects close together in all weather and light conditions is an important capability for all phases of transport, including flight. The most significant difference is the operational range of the radar."