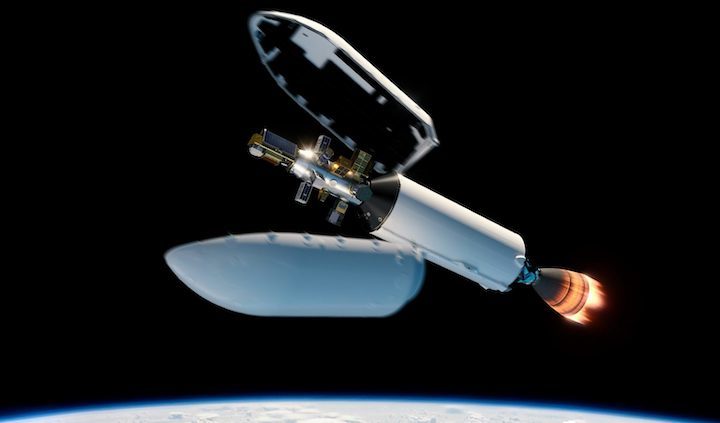 The United Arab Emirates’ (UAE) space agency has contracted with SpaceX to launch a domestically-built Earth observation satellite on a Falcon 9 rideshare mission.

Known as MBZ SAT, the ~700 kg (~1550 lb) spacecraft will be the second domestic imaging satellite (mostly) built by the UAE itself and, among several other upgrades, will nearly double its resolving power from KhalifaSat’s 0.7m/pixel to ~0.4m/pixel – not far off from the unclassified state of the art. To develop such an advanced domestic capability is no small task and based on similarly sized and capable spacecraft from the US and Europe, MBZ SAT development and the first flightworthy satellite could easily cost $100 million or more.

That makes the mission a bit of a jewel in the crown of SpaceX’s Smallsat Rideshare Program, which is intentionally branded as a more hands-off, public-transit-like utility that offers extremely low prices at the cost of more traditional white-glove launch services.

For a direct contract with SpaceX itself, the Smallsat Rideshare Program charges a minimum of $1 million to launch up to 200 kg (440 lb) on one payload adapter. Anything beyond that 200 kg mark costs the same, so twice the payload on the same adapter would cost exactly twice as much. For a fee, SpaceX also offers fueling services and gives customers the option of buying SpaceX-built adapters and deployment mechanisms or bringing their own.

Buying from SpaceX, that makes the Smallsat Program optimal for spacecraft between about 50 kg and 500 kg. For truly tiny satellites, third-party launch service providers like Exolaunch and Spaceflight purchase several-hundred-kilogram slots for self-built adapters that can host a handful to dozens of cubesats and nanosats. In that sense, the way SpaceX has structured its Smallsat Program almost mirrors large-scale shipping. SpaceX simply offers space on its ‘ship,’ leaving it mostly up to the customers to worry about their ‘containers.’ Some customers might need all or most of a container to themselves – an optimal outcome. Others might have goods that barely fill a fraction of a container and have to either find other customers to partner with or a third-party logistics company that works to slot a bunch of small payloads together to maximize efficiency and minimize shipping costs.

With the right balance, most common customer needs and budgets can be catered to with the same program and on the same ship or launch. That includes outliers like MZB SAT, which can be equated to an ultra-expensive hypercar that needs special handling and a container all to itself. In this case, it’s likely that SpaceX will go above and beyond to accommodate the UAE’s particular needs and be extra cognizant of the gap between MZB SAT and the Transporter mission’s other rideshare payloads.

Above all else, MZB SAT is almost perfectly sized and destined for the perfect orbit (500 km or 310 mi) to be launched on one of several new small rockets that could be operational by H2 2023. That list includes Firefly’s Alpha, Relativity’s Terran 1, ABL Space’s RS1, and several other vehicles specifically designed to launch small satellites in the 300-1000 kg range. For a premium over rideshare space on larger rockets, a dedicated launch does tend to include more hands-on service, greater schedule flexibility, and a ride to the optimal orbit.

However, SpaceX’s Falcon 9 rocket ultimately won over the UAE, firmly demonstrating that industry-best pricing paired with the most reliable rocket currently flying is a hard combination to beat.