An international research team led by the University of Hawaiʻi at Mānoa has discovered one of the youngest planets ever observed. The findings, published in Monthly Notices of the Royal Astronomical Society, estimate the planet is a "few times more massive" than Jupiter.

The new planet was found in a "stellar nursery" and formed approximately several million years ago — around the same time that the main Hawaiian islands emerged from the ocean. Named 2M0437b, researchers first spotted the planet orbiting a remote, infant star in 2018.

Since 2M0437b is so young, it is still hot from the energy created during its formation — the scientists said in a press release that its temperature is similar to "the lava erupting from Kīlauea Volcano." 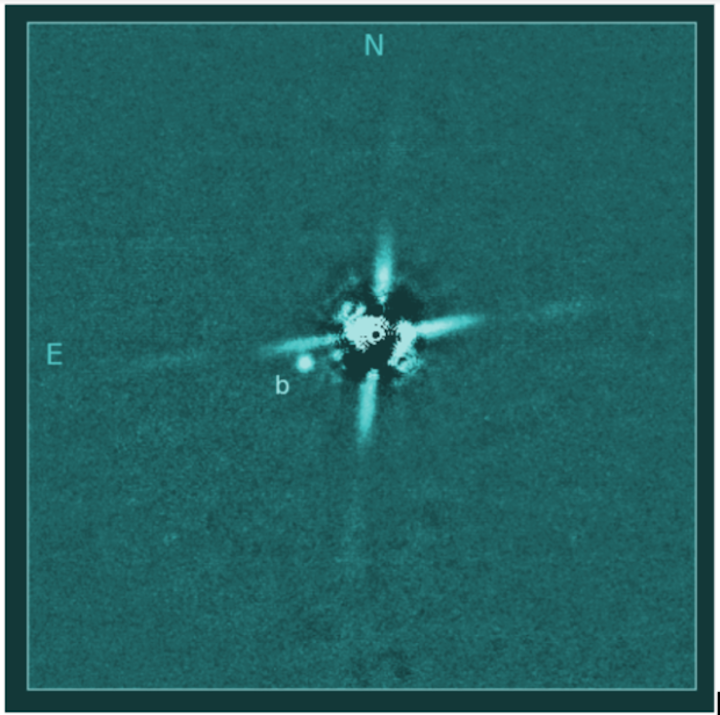 The Keck Observatory on Maunakea was used to track the star that 2M0437b orbits to confirm that it was actually a planet of that star and not an object that was farther away. It took researchers three years to confirm since the star moved so slowly across the sky.

2M0437b and its parent star reside in the Taurus Cloud, a well-known "nursery" for planets, but since the planet has a much wider orbit than many others in its solar system — it's almost 100 times farther away from its sun than Earth is from its sun — it was harder to observe without new adaptive optic technology.

The planet's discovery is especially exciting for astronomers because it is easy to see and it is so young, meaning scientists will be able to observe it for many years and learn more about how planets, including Earth, age.

"This serendipitous discovery adds to an elite list of planets that we can directly observe with our telescopes," said head author and professor at UH Mānoa Eric Gaidos.