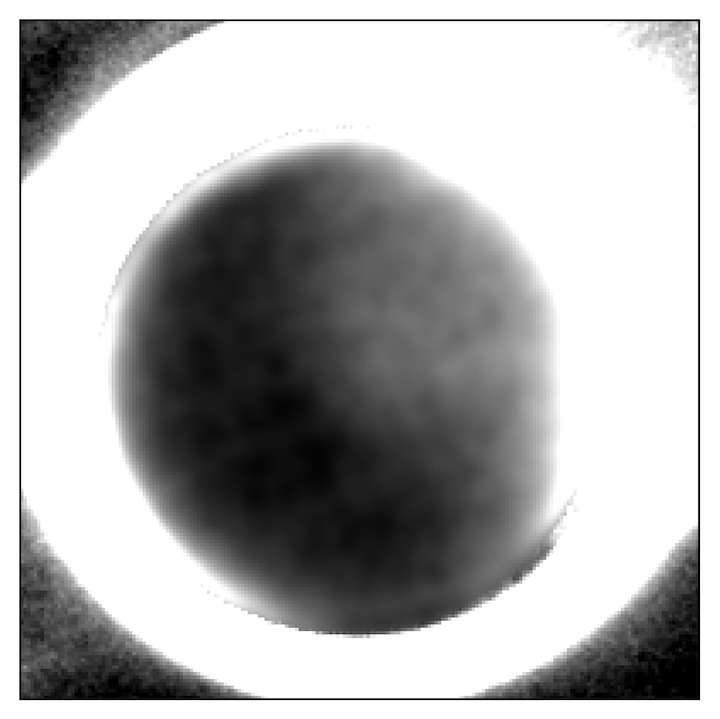 Charon-lit-Pluto: The image shows the dark side of Pluto surrounded by a bright ring of sunlight scattered by haze in its atmosphere. But for a dark crescent zone to the left, the terrain is faintly illuminated by sunlight reflected by Pluto’s moon Charon. Researchers on the New Horizons team were able to generate this image using 360 images that New Horizons captured as it looked back on Pluto’s southern hemisphere. A large portion of the southern hemisphere was in seasonal darkness similar to winters in the Arctic and Antarctica on Earth, and was otherwise not visible to New Horizons during its 2015 flyby encounter of Pluto.
Credits: NASA/Johns Hopkins APL/Southwest Research Institute/NOIRLab
NASA’s New Horizons spacecraft made history by returning the first close-up images of Pluto and its moons. Now, through a series of clever methods, researchers led by Tod Lauer of the National Science Foundation’s National Optical Infrared Astronomy Research Lab in Tucson, Arizona, on the New Horizons team have expanded that photo album to include the portion of Pluto’s landscape that wasn’t directly illuminated by sunlight — what the team calls Pluto’s “dark side.”

After flying within 7,800 miles (12,550 kilometers) of Pluto’s icy surface on July 14, 2015, New Horizons continued at a rapid 9 miles per second (14.5 kilometers per second) on to the Kuiper Belt Object Arrokoth and beyond. But while departing Pluto, the spacecraft looked back at the dwarf planet and captured a series of images of its dark side.

Backlit by the distant Sun, Pluto’s hazy atmosphere stood out as a brilliant ring of light encircling the Pluto’s dark side. From its vantage point when this experiment was conducted, New Horizons was mainly able to see Pluto’s southern hemisphere, a large portion of which was transitioning to its winter seasonal darkness — something much like the dark, months-long Arctic and Antarctic winters on Earth, except on Pluto each season lasts 62 Earth years.

Fortunately, a portion of Pluto’s dark southern hemisphere was illuminated by the faint sunlight reflecting off the icy surface of Pluto’s largest moon, Charon, which is about the size of Texas. That bit of “Charon-light” was just enough for researchers to tease out details of Pluto’s southern hemisphere that could not be obtained any other way.

“In a startling coincidence, the amount of light from Charon on Pluto is close to that of the Moon on Earth, at the same phase for each,” said Tod Lauer, an astronomer at the National Science Foundation’s National Optical Infrared Astronomy Research Observatory in Tucson, Arizona, and the study’s lead author. “At the time, the illumination of Charon on Pluto was similar to that from our own Moon on Earth when in its first-quarter phase.”

The researchers published the resulting image and the scientific interpretation of it on Oct. 20 in The Planetary Science Journal.

Recovering details on Pluto’s surface in faint moonlight wasn’t easy. When looking back at Pluto with the New Horizons Long Range Reconnaissance Imager (LORRI), scattered light from the Sun (which was nearly directly behind Pluto) produced a complex pattern of background light that was 1,000 times stronger than the signal produced by Charon-reflected light, according to New Horizons coinvestigator and Project Scientist Hal Weaver, at the Johns Hopkins Applied Physics Laboratory. In addition, the bright ring of atmospheric haze surrounding Pluto was itself heavily over-exposed, producing additional artifacts in the images.

“The problem was a lot like trying to read a street sign through a dirty windshield when driving towards the setting Sun, without a sun visor,” said John Spencer, New Horizons co-investigator and planetary scientist at the Southwest Research Institute in Boulder, Colorado, a study co-author.

It took the combination of 360 images of Pluto’s dark side, and another 360 images taken with the same geometry but without Pluto in the picture, to produce the final image with the artifacts subtracted out leaving only the signal produced by Charon-reflected light.

Alan Stern, the New Horizons principal investigator at the Southwest Research Institute, added that “the image processing work that Tod Lauer led was completely state of the art, and it allowed us to learn some fascinating things about a part of Pluto we otherwise would not have known.”

The resulting map, while still containing digital noise, shows a few prominent features on Pluto’s shadowed surface. The most prominent of these is a dark crescent zone to the west, where neither sunlight nor Charon-light was falling when New Horizons took the images.  Also conspicuous is a large, bright region midway between Pluto’s south pole and its equator. The team suspects it may be a deposit of nitrogen or methane ice similar to Pluto’s icy “heart” on its opposite side.

Pluto’s south pole and the region of the surface around it appears to be covered in a dark material, starkly contrasting with the paler surface of Pluto’s northern hemisphere. The researchers suspect that difference could be a consequence of Pluto having recently completed its southern summer (which ended 15 years before the flyby). During the summer, the team suggests that nitrogen and methane ices in the south may have sublimated from the surface, turning directly from solid to vapor, while dark haze-particles settled over the region.

Future Earth-based instruments could eventually verify the team’s image and confirm their other suspicions, but it would require Pluto’s southern hemisphere to be in sunlight — something that won’t happen for nearly 100 years. “The easiest way to confirm our ideas is to send a follow-on mission,” Lauer said.

Dark-side-Pluto-annotated: A map overlay shows the physical extent of Pluto (black circle) and the limit of Charon’s illumination (solid, vertical gold line) when New Horizons captured the images. The dotted gold lines represent latitudes, with Pluto’s south pole of Pluto at the bottom. The extremely high contrast in the images makes a large, conspicuously bright region midway between Pluto’s south pole and its equator (third dotted line from bottom) visible. The team suspects it may be a deposit of nitrogen or methane ice similar to Pluto’s icy “heart” on its opposite side. The dark crescent to the west (left) is where neither sunlight nor Charon-light fell.
Credits: NASA/Johns Hopkins APL/Southwest Research Institute/NOIRLab
Quelle: NASA
Astronomie - Using “Charon-light,” Researchers Image Pluto’s Dark Side in Faint Moonlight
« Zum vorherigen Eintrag Zum nächsten Eintrag »
772 Views
Created with page4