In late March 2021, Android Technics signed a contract with the Russian space agency Roscosmos on developing a new-generation robotic system designed for spacewalks 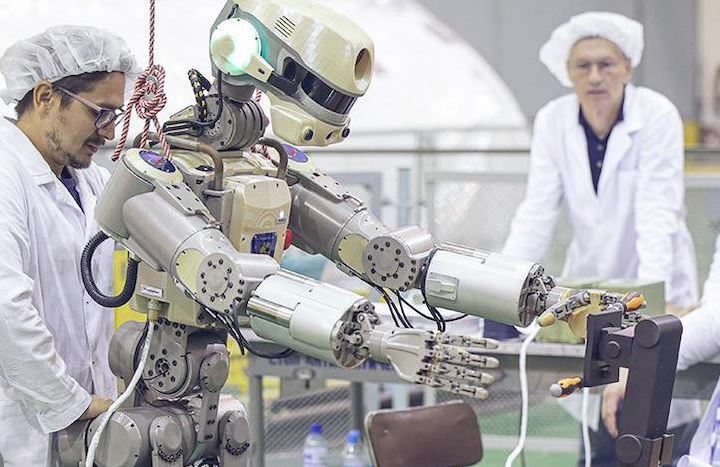 The experiment to orbit Russia’s Teledroid robotic spacewalker is planned for 2024, a spokesperson for the Russian Cosmonaut Training Center told TASS on the sidelines of the International Astronautical Congress in Dubai.

"Soon, we plan an experiment aimed at delivering an anthropomorphic robot to the orbit," he said. "The experiment is tentatively scheduled for 2024."

In late March 2021, Android Technics signed a contract with the Russian space agency Roscosmos on developing a new-generation robotic system designed for spacewalks. The first stage will be completed in late February 2022 to produce the prototype of scientific equipment for the first stage of tests. The tech firm is currently working on the make up of the humanoid robot, its components and protocols of docking with the ISS.