"We believe that we have made huge progress in this development." 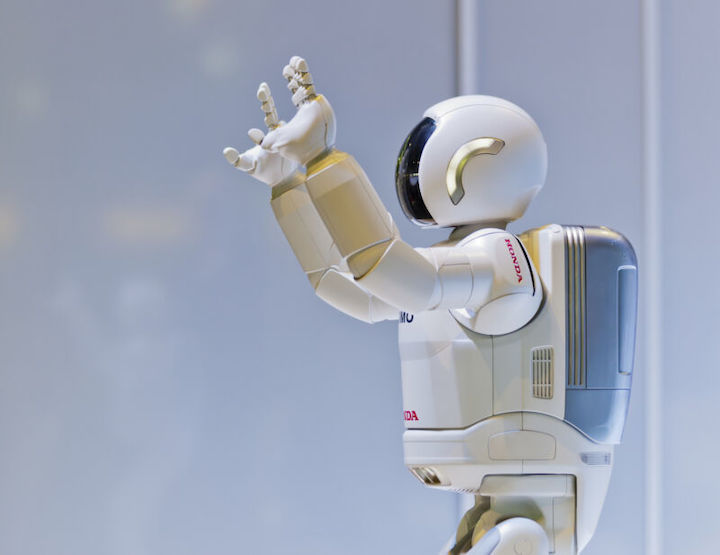 Honda has already developed the robot "Asimo." Could a rocket be next?

Japanese officials with the Honda Motor Company have revealed more details about their plans to potentially expand into the rocket launch business.

Founded in 1946 as a motorcycle company, Honda expanded into automobiles in 1963. Today, the multinational company with more than 200,000 employees worldwide ranks among the 10 largest motor vehicle manufacturers in the world. Increasingly, Honda says it sees itself as less of an automobile company, and more of a "mobility" company, said Keiji Ohtsu, president of Honda's Research and Development Company.

Honda's various companies now build a broad range of products, including automobiles, motorcycles, robots, and jets. Because of this diverse portfolio, Honda has developed a broad range of fluid and combustion technologies, as well as guidance and control systems. Ohtsu, speaking with two reporters via Microsoft Teams on Thursday evening, said he has overseen the development of engines for a number of Honda vehicles.

With a focus on broader mobility issues, the company has been considering where it may expand further. Ohtsu said the company now sees space as a growth area. As a result, he said, "We are going to explore how we can use our technology to contribute to space development." 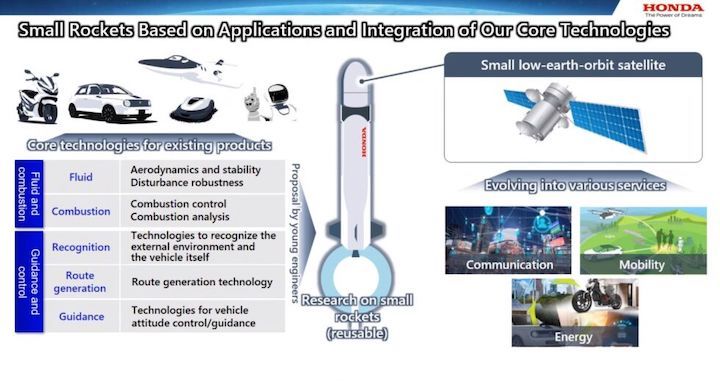 Honda's small rocket will be based on its core technologies.

Honda sees working in space as a means of realizing the "dreams and potential" of people worldwide, while leveraging the company's core technologies. Plans include working with the Japanese space agency on activities such as rovers and robotics in space.

As part of internal company discussions, a cohort of Honda's younger engineers also expressed an interest in rockets. And so, since late 2019, the company has devoted some of its research and development resources toward development of a rocket engine. During the online briefing, a senior Honda engineer named Atsushi Ogawa played a short video of a prototype rocket engine test firing. The video was in black and white, for proprietary reasons, he said.

Ogawa declined to provide specific information about the engine, such as its propellant mix or anticipated thrust. The engine's supersonic exhaust plume, however, produced Mach diamonds in the video. "We believe that we have made huge progress in this development after only two years," Ogawa said.

Honda's basic plan is to develop a small satellite launch vehicle, with the capacity to put up to 1 metric ton into low Earth orbit. Honda plans to support internal development work until about 2025 or 2026, after which point it will make a "go or no go" decision on whether to proceed with a launch business and complete development of the rocket. At that point company officials expect to have a firmer handle on total development costs and the technical challenges yet to be overcome.

It is likely that Honda would first develop a suborbital prototype before building an orbital vehicle. The initial plans call for a reusable first stage, Ogawa said, but that is not a prerequisite.

The goal for this initiative is not to become the next SpaceX, but to give Honda engineers some freedom to innovate. The company believes it has some of the smartest engineers in the world and wants to turn them loose on a challenging problem. Building an orbital rocket is certainly that.