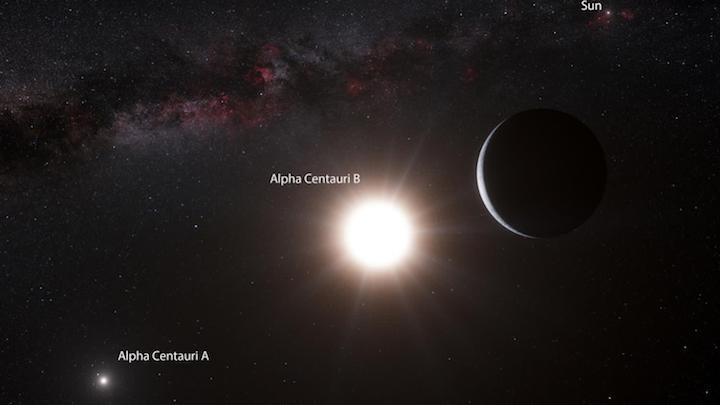 It looks like our next door stellar neighbors might not be so bad for life after all.

NASA’s Chandra space telescope has revealed that any planets circling Alpha Centauri, which is located about 4 light-years from Earth, could be a more friendly place for life than we initially thought.

Scientists have always held Alpha Centauri is one of our best chances for finding life beyond the solar system, but the three-star system was believed to be so inundated with harmful X-ray radiation that hopes for habitability around any yet-to-be-found planets were dim.

However, data gathered by Chandra suggests that this is might not be the case. Rather, two of the stars in the system, called Alpha Centauri “A” and Alpha Centauri “B” (known together as AB), are actually emitting X-ray radiation on par with what we get from our own sun.

“This is very good news for Alpha Cen AB in terms of the ability of possible life on any of their planets to survive radiation bouts from the stars,” astrophysicist Tom Ayres said in a NASA statement. “Chandra shows us that life should have a fighting chance on planets around either of these stars.”

That said, this is all pretty hypothetical at the moment. Scientists have yet to find any planets circling AB, but learning as much as we can about the environment around these stars is still important.

Monitoring X-ray radiation emissions is one of many important aspects in determining whether star systems could support life. So every six months since 2005, Chandra has ventured 25 trillion miles to observe Alpha Centauri’s two main stars.

Since A and B orbit so close to one another, scientists predicted that the radiation from the stars would be so strong that it would degrade the integrity of any planetary atmosphere that could support life.

But because the system's X-ray environment appears to be more mild than expected, that might mean that life would have a chance to thrive.

The third star in Alpha Centauri, known as Alpha Cen C or Proxima, is not nearly as promising when it comes to supporting habitability. Proxima is a red dwarf star known for producing massive amounts of X-ray radiation that would be harmful for life — 50,000 times more radiation than we receive on Earth.

So far NASA has only found one planet, that appears to be about the size of Earth orbiting Proxima, but the search continues. Who knows what yet lurks around Alpha Centauri.