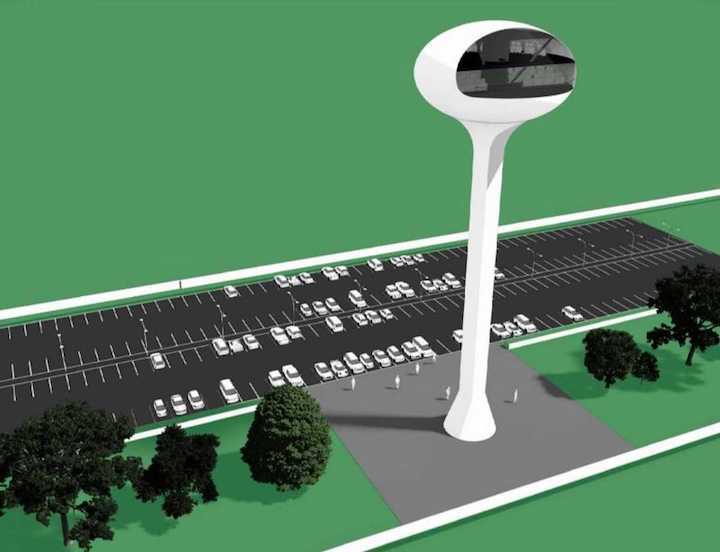 It will be an operational monument to Elon Musk's vision: a towering SpaceX launch control center, a 133,000-square-foot hangar and a rocket garden rising in the heart of Kennedy Space Center.

According to plans detailed in a draft environmental review published recently by KSC, SpaceX will undertake a major expansion of its facilities at the space center sometime in the not-too-distant future.

The review says SpaceX is seeking more room and a bigger presence "in its pursuit of a complete local, efficient, and reusable launch vehicle program."

The expansion would enable SpaceX to store and refurbish large numbers of Falcon rocket boosters and nose cones at the operations center down the road from NASA’s Vehicle Assembly Building.

“As SpaceX’s launch cadence and manifest for missions from Florida continues to grow, we are seeking to expand our capabilities and streamline operations to launch, land and re-fly our Falcon family of rockets,” said James Gleeson, a SpaceX spokesman.

KSC says the proposed facilities are consistent with its mission to be a multi-user spaceport after the shuttle program's retirement in 2011 and to “support the NASA goal of encouraging activities by the private sector to strengthen and expand U.S. space transportation infrastructure.”

Called the SpaceX Operations Area, the facilities would be located on 67 acres of fallow agricultural land west of State Road 3 on Roberts Road and A Avenue, between the VAB and KSC’s Industrial Area to the south.

Spaceport employees and tour buses traveling to and from the Launch Complex 39 area would drive by the site daily.

KSC's draft environmental review, on which the public can comment over the next month, found no negative impacts from the project.

The review provides no timeline or budget for the complex’s construction, or estimates of any jobs created.

The proposed operations area envisions the possibility of further growth “to support the launch manifest or new launch vehicle specifications.” Here’s what SpaceX has in mind to start: 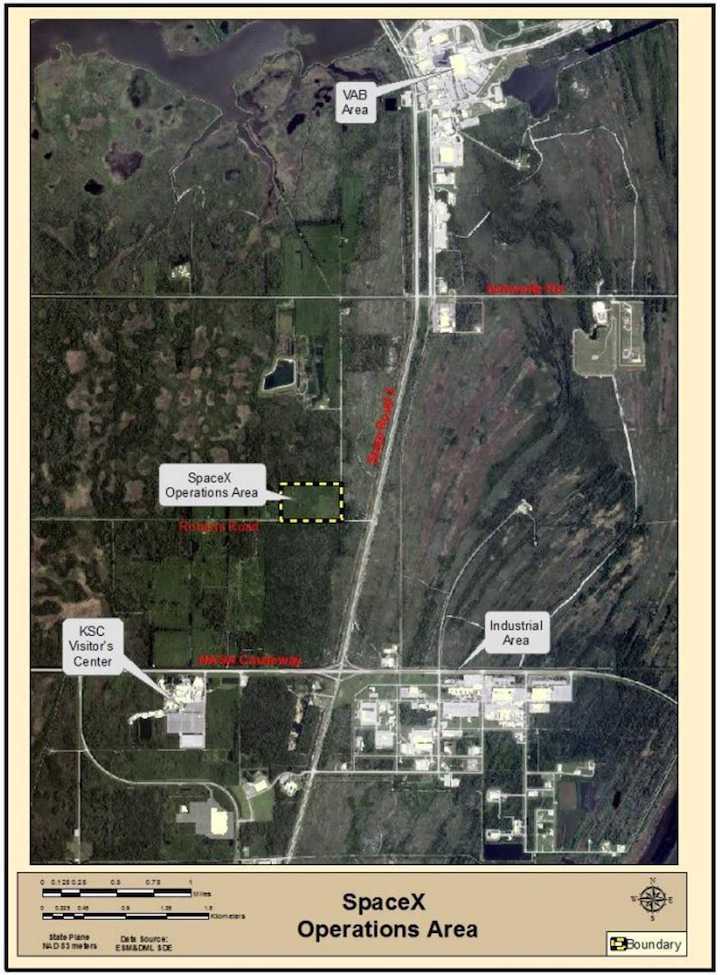 Map showing the proposed location of a new SpaceX Operations Area to be built on 63 acres of vacant land at Kennedy Space Center.
NASA

The most eye-catching feature would be a 32,000-square-foot tower standing up to 300 feet tall, housing a “world-class, architecturally distinctive” launch and landing control center.

The tower would include a data center; firing room; engineering room; control center for Falcon 9, Falcon Heavy and Dragon vehicles; customer control center; and meeting spaces. An adjacent parking area would accommodate up to 200 cars.

The site would replace or add to SpaceX’s current launch and landing control center, which is tucked in a small office space outside the south gate to Cape Canaveral Air Force Station near Port Canaveral.

Concept image of a hangar SpaceX plans to build at Kennedy Space Center for the storage and refurbishment of Falcon rocket boosters and payload fairings.
NASA

After landing on Cape Canaveral pads or SpaceX’s “drone ship” at sea, recovered Falcon 9 and Falcon Heavy boosters would return to a 133,000-square-foot hangar standing up to 100 feet tall.

SpaceX estimates there eventually could be up 63 landings a year of Falcon 9 and Falcon Heavy boosters, according to the draft environmental review.

The company currently is experimenting with recovering halves of rocket nose cones, or payload fairings, by catching them with a boat as they drop from the sky to the ocean under parachutes. The fairings also would be processed at the new hangar, if SpaceX achieves its goal to reuse them.

Rivaling the open-air exhibit of famous spacecraft at the nearby KSC Visitor Complex, SpaceX plans to display “historic space vehicles” in its own rocket garden, potentially including Falcon boosters or Dragon capsules staged vertically or horizontally. The displays would not contain hazardous materials.

The expansion plans additionally include a 280,000-square-foot utilities yard and a 2,500-foot security center. The SpaceX Operations Area would expand the company’s KSC footprint beyond the hangar it built at the base of pad 39A, which can house three Falcon boosters.

At Cape Canaveral Air Force Station, the company also controls a launch complex, landing pads and a facility called Area 59, where it will process Dragon crew capsules. SpaceX also leases a building at Port Canaveral, where some boosters return from sea.

The SpaceX Operations Area is the latest major new commercial facility proposed at KSC, and would be the most significant to rise inside the spaceport’s secure perimeter.

SpaceX opted not to build near the other companies in Exploration Park or to repurpose or share legacy NASA facilities, such as KSC's own Launch Control Center.

As with several of the other projects, SpaceX’s would proceed through what NASA calls an “enhanced use lease” of the vacant KSC land.

U.S. Sen. Bill Nelson, the ranking Democrat on the committee that sets NASA policy, who is currently running for re-election, said legislation passed last year extended the leasing authority that was set to expire.

“Last year’s NASA bill allows space companies to expand their activities on NASA properties,” said Bill Nelson. “As a result, the new facilities SpaceX will build at KSC will bring more jobs and provide yet another boost to the local economy."

The public can read KSC’s draft environmental review on the center’s website or at libraries in Cocoa, Cocoa Beach, Melbourne, Merritt Island, Port St. John and Titusville. Public comments may be submitted by July 10.