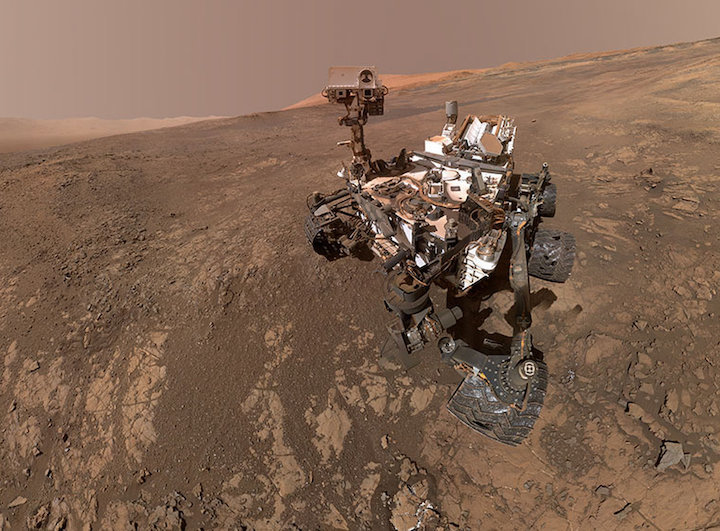 NASA's Mars rover Curiosity has apparently found something intriguing on Mars, and the space agency will unveil the discovery Thursday (June 7).

The space agency revealed few details about what will be announced Thursday, but the "live discussion" will feature "new science results from NASA's Mars Curiosity rover," according to a NASA announcement. Why all the secrecy? "The results are embargoed by the journal Science until then," NASA wrote in the statement.

That means NASA won't release any details until the press conference, which is scheduled for 2 p.m. EDT (1800 GMT) on Thursday. You can watch the Mars announcement live on Space.com, courtesy of NASA TV. The space agency did reveal the list of scientists who will be discussing the Mars discovery.

According to NASA, Thursday's Mars science discussion will be hosted by Michelle Thaller, the assistant director of science for communications in the agency's Planetary Science Division. Presenters will include:

NASA will webcast Thursday's Curiosity Mars rover discussion on its NASA TV channel, as well as Facebook Live, Twitch TV, Ustream, YouTube and Twitter/Periscope. You'll be able to ask questions of the panel via social media using by tagging your posts with #askNASA.

The Curiosity rover has been exploring Mars since it landed in August 2012. The rover recently began drilling into the Martian surface for the first time in 18 months. It is steadily climbing Mount Sharp, a 3-mile-high (5  kilometers) mountain in the center of a region known as Gale Crater.