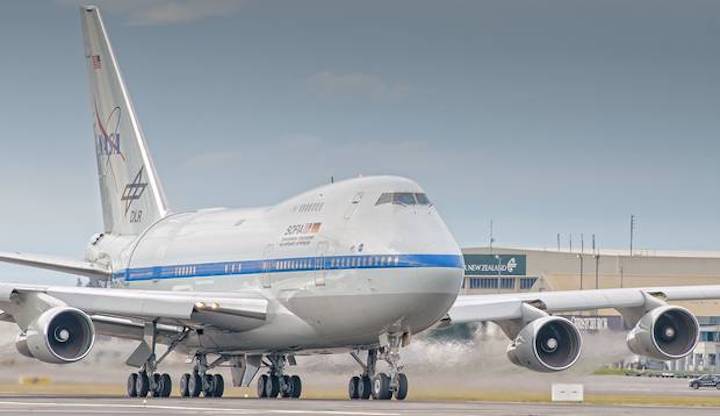 Nasa's flying observatory has again landed in New Zealand for more winter missions gazing into space and unlocking further mysteries of the universe.

The unique plane, fitted with a giant gyro-stabilised highly-sensitive 2.7m-diameter telescope that peeks out of the plane once it reaches an altitude of 10.6km, arrived in Christchurch on Saturday.

Tomorrow, from its National Science Foundation's US Antarctic Program facility at Christchurch International Airport, it will begin a seven-week programme of 19 overnight flights looking at a range of celestial objects best observed from the Southern Hemisphere.

Observations will include targets that are too low to observe or not visible at all from the Northern Hemisphere — including our neighboring galaxy the Large Magellanic Cloud, the centre of our own Milky Way galaxy, and Saturn's moon Titan.

"In the Southern Hemisphere, the centre of our Milky Way galaxy is almost directly overhead, putting it in a prime location for us to observe it," said Jim De Buizer, Universities Space Research Association's SOFIA senior scientist.

For the first time, the Christchurch flights will use the observatory's newest instrument, the High-resolution Airborne Wideband Camera-Plus (HAWC+), which can study celestial magnetic fields.

The Boeing 747SP, built in the late 70s as a Pan Am passenger plane, has had hundreds of seats removed and been fitted with the infrared telescope and control centre manned by a crew of scientists, astronomers, mechanics and technicians.

Flying at an altitude of between 12km and 14km, putting it above 99 per cent of the Earth's infrared-blocking water-vapour layer, the Sofia studies a range of astronomical objects and phenomena, including the life cycle of stars, formation of new star systems, black holes, nebulae and interstellar dust, complex molecules and the planets, comets and asteroids in our solar system. 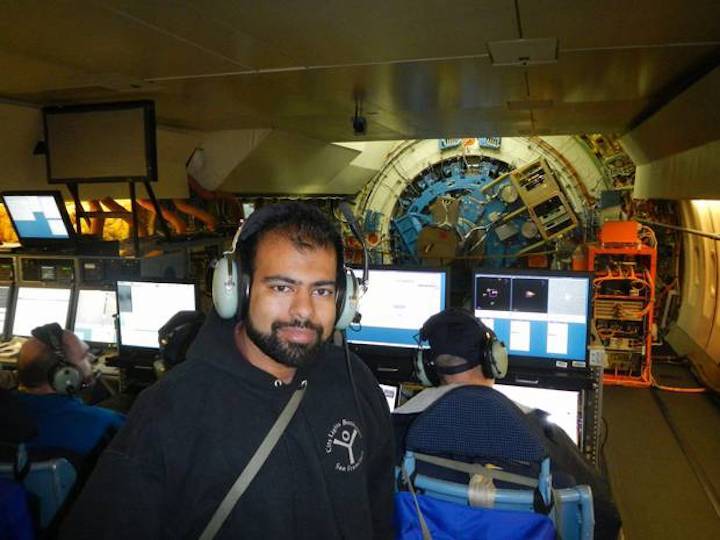 •Studying the evolution of Eta Carinae, the most luminous and massive stellar system within 10,000 light-years of Earth. It's shrouded in dust and gas from its previous eruptions and is expected to explode as a supernova in the future.

•Creating images of the celestial magnetic fields found in the centre of our Milky Way galaxy. Scientists hope to gain new insights into how the strong magnetic fields impact the processes in the our galactic centre.

•Mapping the Tarantula Nebula, also called 30 Doradus, which has a cluster of thousands of stars forming at once.

•Analysing the atmosphere of Saturn's largest moon, Titan. Researchers will chase down the shadow cast by Titan when it passes in front of a distant star in an eclipse-like event called an occultation. Sofia's mobility enables the telescope to be positioned exactly in the shadow's centre.

•Studying the material ejected from and swept up by Supernova 1987A, which may become the building blocks of future stars and planets.