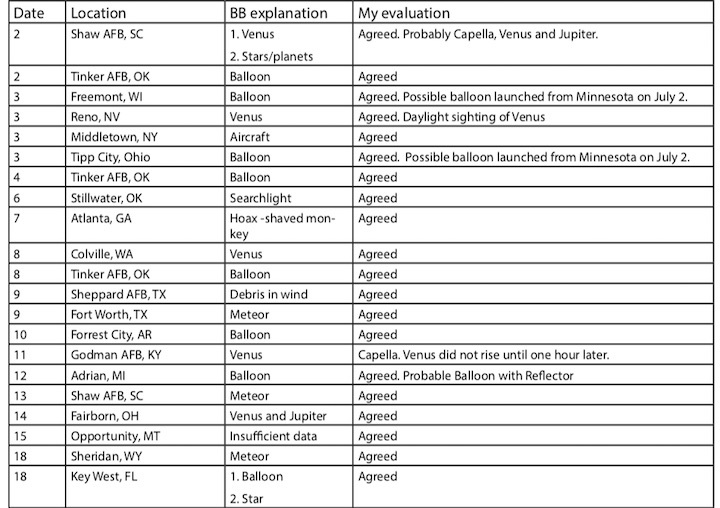 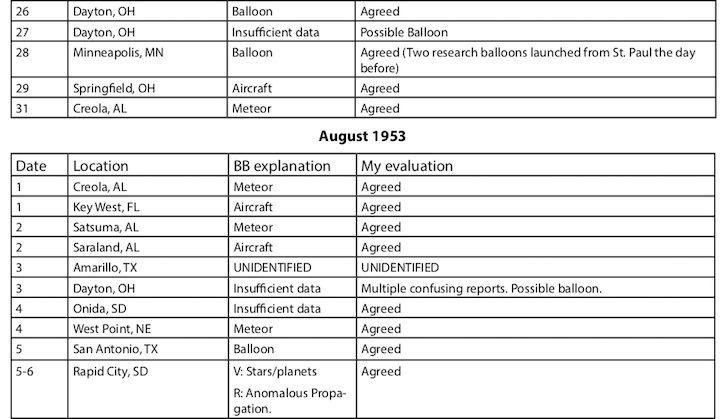 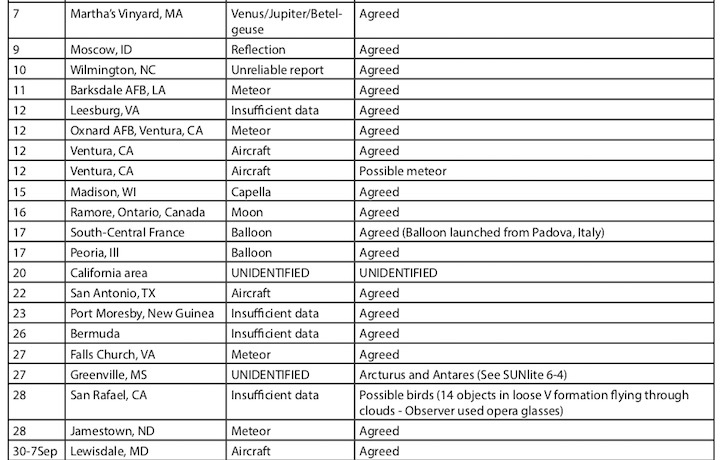 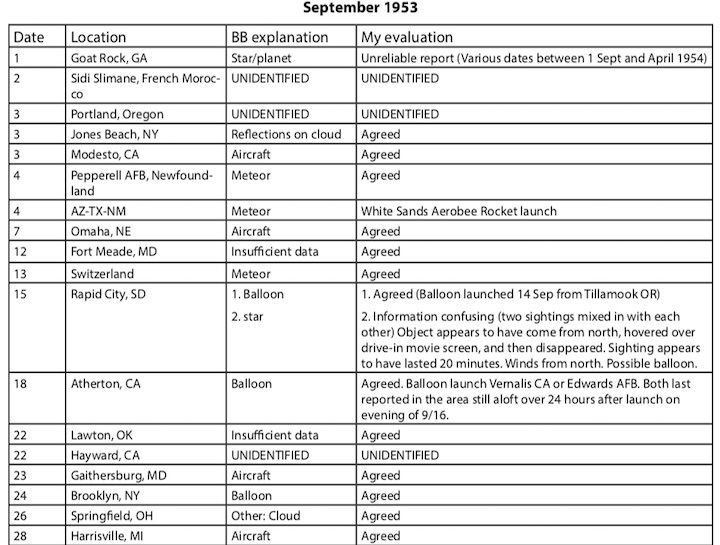 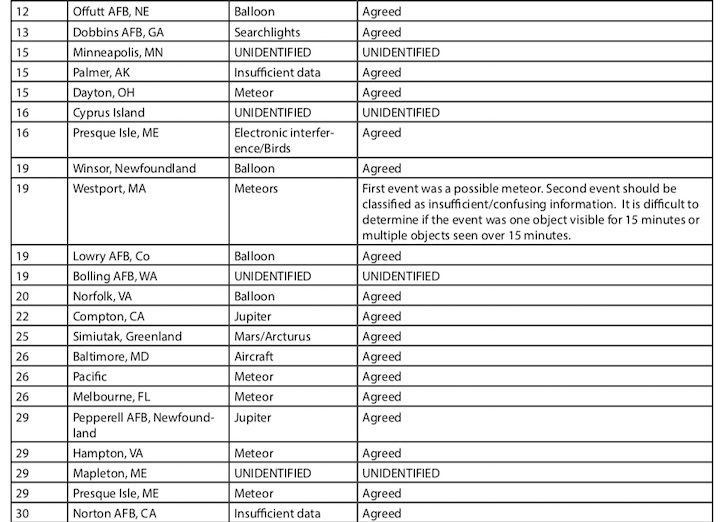 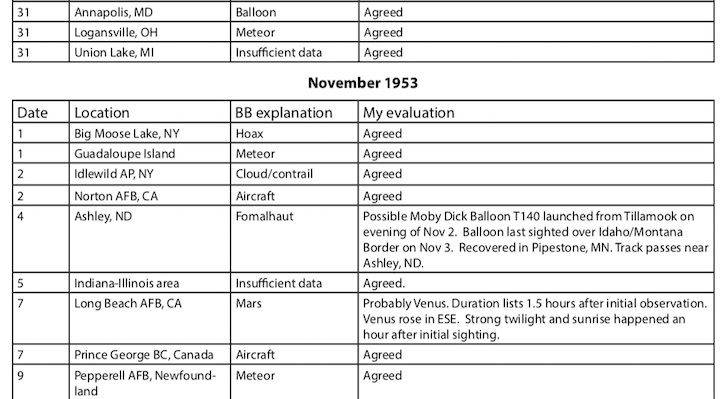 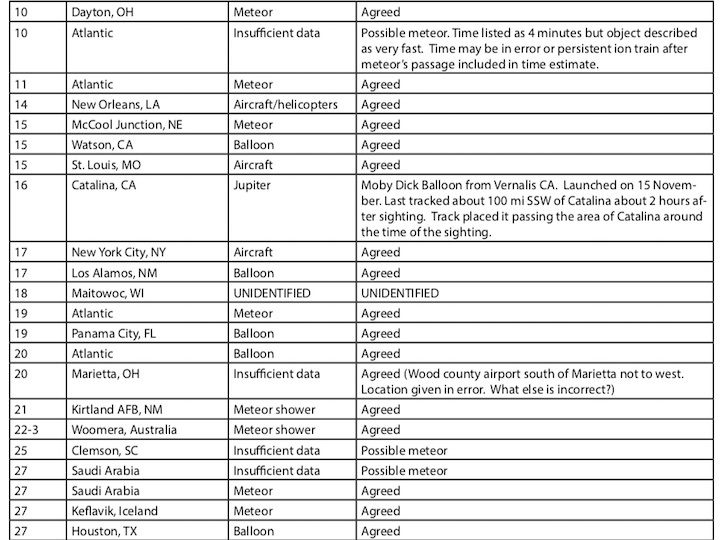 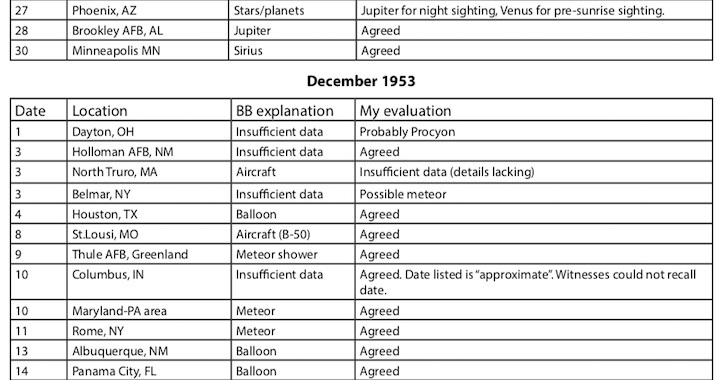 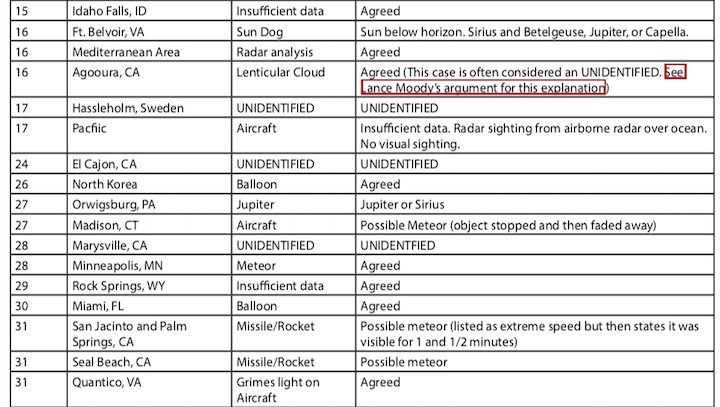 There were 187 cases in the Blue Book files from July to December of 1953, that I evaluated. In my opinion, of these 29 were im- properly classified (about 16%). This table describes these cases and how I felt they should have been reclassified. Some of the sightings really did not have enough information for evaluation and other cases that had been listed as “insufficient information” had potential explanations. 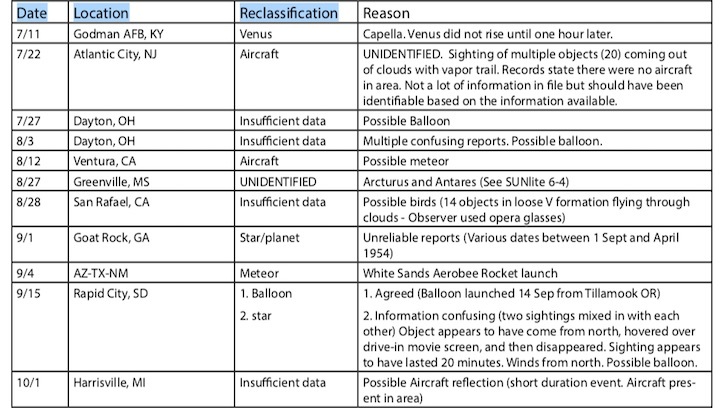 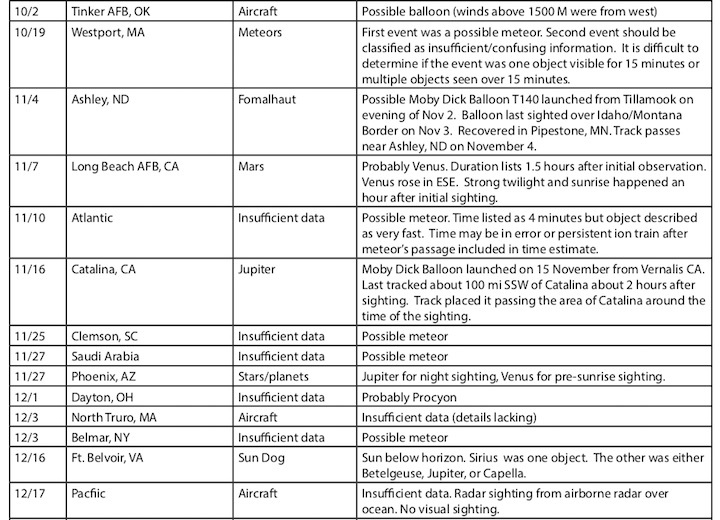 The 16% value of improper classification is a bit less than the value of 18% I arrived at for early 1953. A majority of this has to do with the apparent lack of feedback from various organizations. After the initial messages arrived at Blue Book, there seemed to be little in the way of additional information. Observer forms were sent out but never returned and requests for additional informa- tion were never received. There were several potential meteor observations where the durations were listed in the minutes but the witnesses described the object being very/extremely fast or having speed of thousands of miles per hour. How can object be visible for 2-4 minutes if it passed overhead at 2000 mph (roughly 33 miles per minute)? All I can assume is that these time estimates were inaccurate or improperly reported. With such minimal and conflicting data it is no surprise that Blue Book had problems identifying these cases. I certainly had problems looking at these puzzles and trying to ascertain what the witness was trying to describe when making their reports.

In my review, I have noticed that there were several instances of multiple reports being made by single individuals on multiple dates. One that stood out during this period were the reports from Key West in the summer of 1953. These were all made by one man, who was a Seaman Apprentice (E-2) attending sonar school. The witness could not have been in the Navy very long or never advanced to the next pay grade (which takes only about a year). It did not give me much confidence in his abilities and, after read- ing his reports, I had to wonder about how accurate these reports were. This is the major problem with these reports. If you take them as 100% accurate the number of unknowns can be high. If you look at the behavior of the objects in the reports and compare their behaviors with known objects, one can usually determine a possible solution.

Next issue we will move on to 1954, where the infusion of more investigators from the 4602nd AISS might help resolve more cases and drop the reclassification rate.