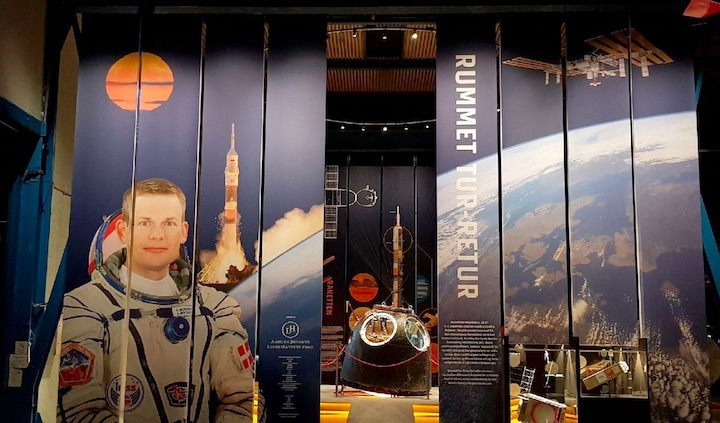 The Russian spacecraft that launched the first Dane into space and returned the first crew to spend a year aboard the International Space Station has landed on display in Denmark.

The Soyuz TMA-18M descent capsule debuted on exhibit at the Danmarks Tekniske Museum, or Danish Museum of Science & Technology, in Helsingør, Denmark on Tuesday (May 8). The gumdrop-shaped spaceship orbited Earth for nearly 182 days from Sep. 2, 2015 through March 2, 2016.

"It is no less than a scoop for the Tekniske Museum that it has succeeded in obtaining Andreas Mogensen's capsule, which is clear proof that Denmark is a space nation," said Mette Bock, Denmark's Minister of Culture, in a statement released by the museum. "Certain museum objects are by nature more unique than others, and this is really a piece of Denmark history." 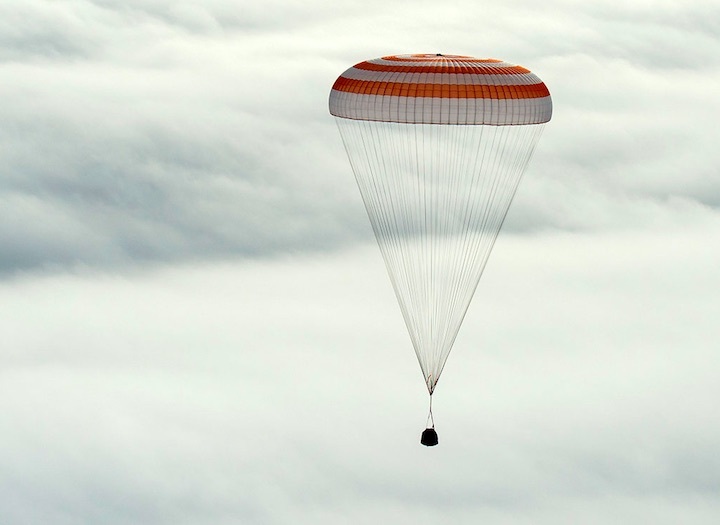 The Soyuz TMA-18M capsule returns from the International Space Station to a landing in Kazakhstan on March 2, 2016. (NASA)

Mogensen made history as the first citizen of Denmark to launch into space flying on Soyuz TMA-18M from Russia's Baikonur Cosmodrome in Kazakhstan. A European Space Agency (ESA) astronaut since 2009, Mogensen, together with Russia's Sergei Volkov and Kazakh cosmonaut Aidyn Aimbetov, arrived on board the International Space Station two days after their liftoff on Sept. 4, 2015.

The Soyuz TMA-18M spacecraft followed after six months, touching down with Volkov and the two crew members of the station's first year-long mission, NASA astronaut Scott Kelly and Roscosmos cosmonaut Mikhail Kornienko, who each logged 340 days on the extended expedition.

"The capsule is a unique piece of Denmark history, and I am excited that we managed to get it to the museum," said Jesper Buris Larsen, the director of the Tekniske Museum. "With a single museum object, we show how, as a cultural history museum, we can be both current and historical."

"The capsule is the tangible proof Denmark can still break new boundaries and put our impressions on history — we are dealing with what the matter of dreams are made of," he said. 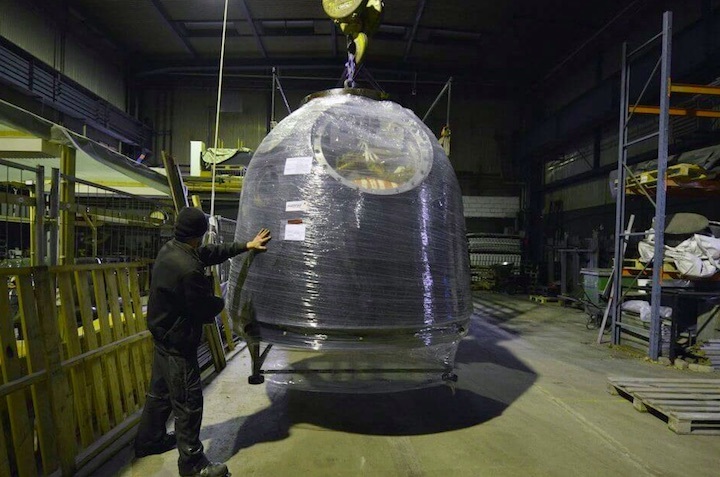 Russia's 44th crewed spacecraft to fly to the International Space Station, Soyuz TMA-18M is now the centerpiece of the museum exhibit, "Rummet Tur-Retur," which focuses on Mogensen's journey to and from the orbiting laboratory. Overall, the capsule was the 167th to launch since the first Soyuz lifted off in 1967.

"Andreas Mogensen's Soyuz is a symbol of a big event in Denmark's history, the first Dane in space," stated Søren Pind, Minister of Education and Research. "Through ESA, we have participated in the space station partnership for more than 20 years. Andreas' spacecraft is firm proof of this cooperation and Denmark's extensive work in space. I look forward to seeing how the Tekniske Museum will use the capsule to create a fascination so interest in science is strengthened in Denmark."

The museum acquired the Soyuz capsule after two years of negotiations with Russia. Denmark's Embassy in Russia and the family foundation of Danish billionaire Niels Louis-Hansen, Aage og Johanne Louis-Hansens Fond, were key partners in the spacecraft's purchase — the value of which has not been disclosed, but described as running into the millions of dollars.

Soyuz TMA-18M is the latest, and perhaps the last, of the flown Soyuz descent capsules to go on display outside of Russia. Danish media reports about the new exhibit said Roscosmos, Russia's federal space agency, has decided to cease offering its spent Soyuz to foreign countries and museums with the completion of the deal with Denmark. 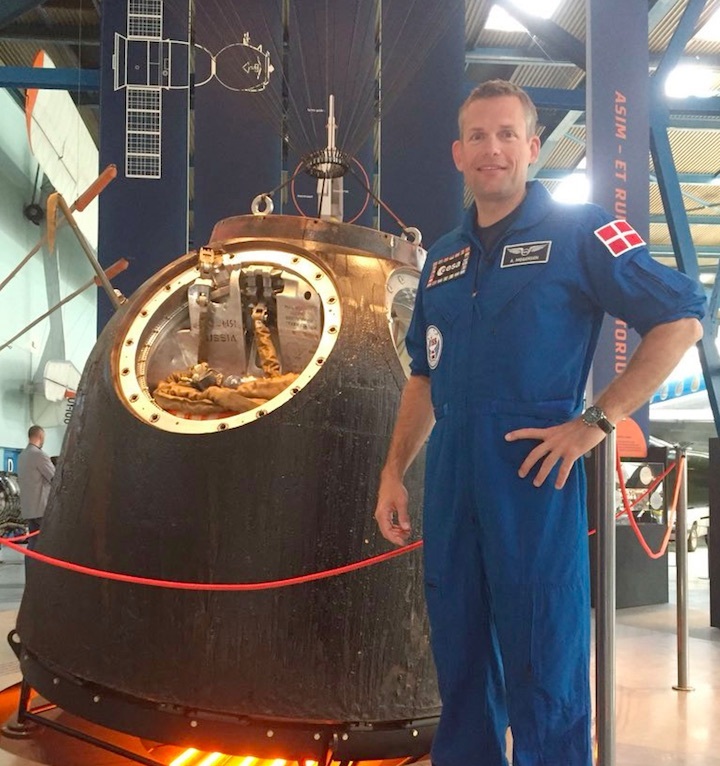 First Dane in space, ESA astronaut Andreas Mogensen, poses with the Soyuz TMA-18M spacecraft that he rode aboard into orbit at the Danmarks Tekniske Museum. (Andreas Mogensen on Twitter)

"Great to be reunited with the Soyuz capsule that brought me to space," wrote Mogensen, sharing photos of him with the spacecraft on Twitter. "Teknisk[e] Museum has created a superb exhibit that includes a virtual reality trip back to Earth from the ISS in Soyuz."

In addition to Mogensen's spacecraft, British astronaut Tim Peake's Soyuz TMA-19M capsule, which flew from 2015 to 2016, was acquired by London's Science Museum Group and is currently midway through a two-year tour of the UK.

Another Soyuz, TMA-03M, which in 2011 launched for the space station with Dutch astronaut André Kuipers aboard, went on exhibit at Space Expo in The Netherlands in 2016. Soyuz TMA-13M, which in 2014 launched with Germany's Alexander Gerst, is on display at the German Aerospace Center, DLR, in Cologne.

Older Soyuz spacecraft, pre-dating the International Space Station, can be found in museums across Europe, as well as in India, Vietnam and Cuba. At least four flown Soyuz spacecraft can be seen by the public in the United States, including TMA-6 and TMA-14, which were purchased from Russia by their privately-funded spaceflight participants (or "space tourists") crew members, Greg Olsen and Charles Simonyi, respectively.