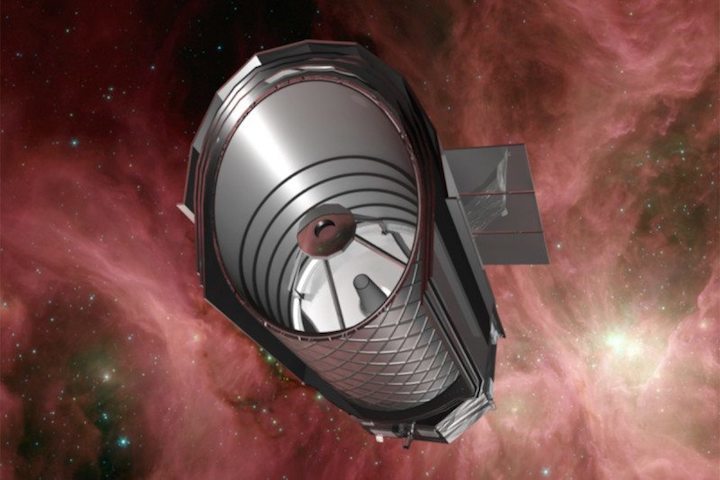 We may soon be on our way to Venus. A mission to our neighbouring planet is one of three finalists in the running to be the European Space Agency’s (ESA) next mission in its Cosmic Vision programme.

The other two contenders are a space telescope that will hunt for bursts of energy from the early universe, and a space observatory that can peer through interstellar dust to watch stars being born. These three missions were selected out of 25 proposals for further study over the next few years.

The Space Infrared Telescope for Cosmology and Astrophysics (Spica) is a proposed collaboration between the Japanese space agency and ESA. It is designed to use infrared detectors to look through the dust surrounding young stars and planets and study how they are born. Those detectors will also look at distant galaxies to trace their evolution over time.

The Transient High Energy Sky and Early Universe Surveyor (Theseus) is also a space telescope, but it is designed to observe the skies in infrared, X-ray, and gamma ray wavelengths. Three sets of instruments will search for events like supernovae and gamma ray bursts that flash and then disappear. Within a few seconds, the telescope will send the locations of these events to other observatories around the world to gather more data. By finding extremely distant gamma ray bursts, it will examine when the very first stars formed and how they affected the universe just after this cosmic dawn.

The EnVision mission to Venus is the one competitor that isn’t a space telescope. It’s a planned collaboration with NASA to map the surface of the witheringly hot world. It’s a follow-up to ESA’s previous mission there, Venus Express, which mostly focused on the planet’s toxic atmosphere.

A radar instrument will observe Venus from orbit, imaging its surface from above the thick clouds to figure out what happened there to make Venus so different from Earth, despite being close by and similarly sized.

“No country has sent a geoscience mission to Venus since the Magellan mission, which ended in the early 1990s,” says EnVision team member Robert Herrick at the University of Alaska in Fairbanks. “It’s been a long time, and the data quality we have for the surface of Venus is well behind all of the other inner solar system planets, and a lot of the outer planet moons.”

In 2021, one of these three missions will be selected to go forward, and the winner will get up to 500 million euros and is expected to launch by 2030.