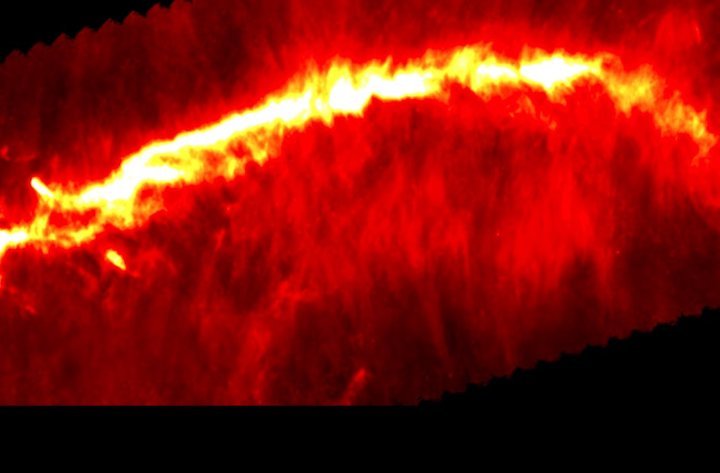 A pair of astronomers has mapped the 3D structure of an interstellar cloud in a surprising way: They watched it "sing" with magnetic vibrations.

The interstellar cloud Musca, located in the southern sky just south of Crux, the Southern Cross constellation, is a stellar nursery — it will form star systems as it collapses over time, and that formation process is dictated by the 3D structure of the cloud. To better understand clouds like Musca and what determines the number and type of stars that they form, scientists require detailed models.

"The 3D structure of interstellar clouds has been, for decades now, the 'holy grail' in figuring out how clouds break up into smaller fragments, and how these fragments go on to form stars," Konstantinos Tassis, co-author of the new study about Musca and a researcher at the University of Crete in Greece, told Space.com in an email. [Dust Cloud Around the Moon Explained (Infographic)]

By reconstructing Musca's 3D structure, Tassis and astronomer Aris Tritsis, of The Australian National University, aim to test theoretical models of interstellar clouds and advance scientists' understanding of how stars are born. 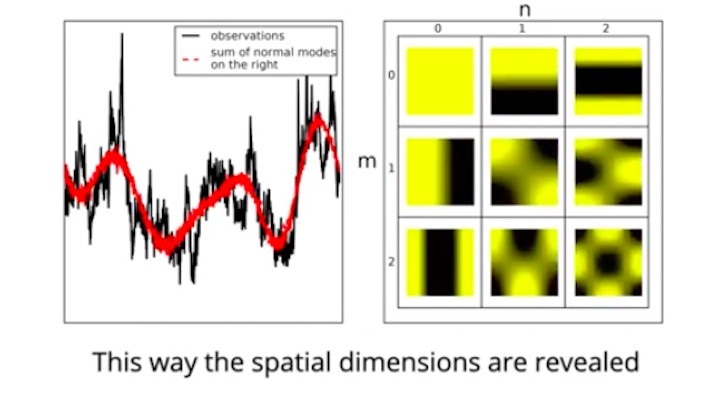 Tassis and Tritsis studied the cloud's vibrations, which are encoded in striations, or the hair-like structures that surround it. Musca vibrates magnetically as a whole, or "sings," as the researchers put it. This "song" is what eventually led the team to determine the 3D structure.Re-creating the 3D structure of an interstellar cloud is uniquely challenging, Tassis said, because researchers can't see the cloud from different angles but rather only from Earth's perspective. It "has always been particularly difficult, because of projection effects: Pancakes, for example, can look like needles if we look directly at their thin side, and like round blobs if we look at them face-on. How do we tell what shape we really have in each case?" Tassis said.

The nature of the striations themselves is not yet fully understood, according to Tassis, but their work suggests how to interpret them as the imprint of magnetic waves traveling through the cloud they're in, because the waves reflect the cloud's structure.

The team chose Musca because the cloud is uniquely isolated, so its striations are relatively easy to see. Musca has historically been described as "needle-shaped," as it is a textbook example of a filamentary cloud. However, the astronomers were surprised to find that the striation patterns suggested that the cloud is actually pancake-shaped. Typically, magnetic forces create pancake-shaped clouds, turbulence makes needle-shaped clouds and thermal forces make blob-shaped clouds. Therefore, when you understand the shape of the cloud, you can figure out what forces are at work inside, according to Tassis. This understanding not only explains the cloud's shape but could reveal how stars form inside the cloud.

"Stars are formed inside molecular clouds. However, exactly how this happens is still a mystery," Tritsis told Space.com in an email. With the creation of this new, detailed model, the researchers plan to apply their technique to other objects, decoding and figuring out their shapes using the objects' unique striations and vibrations, Tassis said.

The researchers also plan to use their knowledge of Musca's true shape to try to better understand how this particular molecular cloud forms stars. The team will also try to discern if other clouds "sing" like Musca does, Tritsis told Space.com.