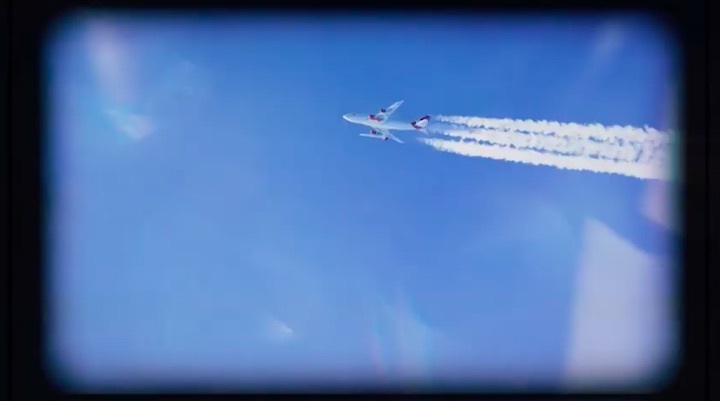 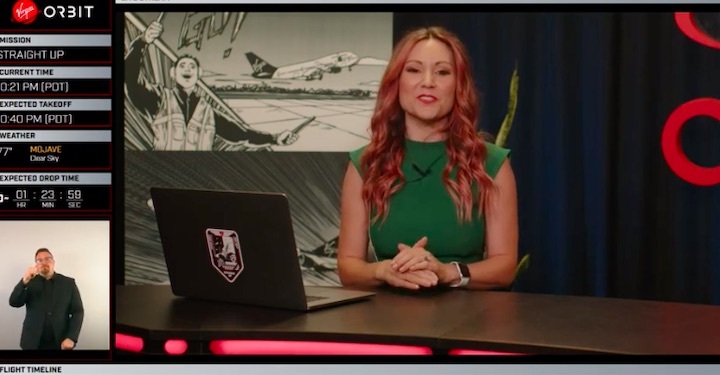 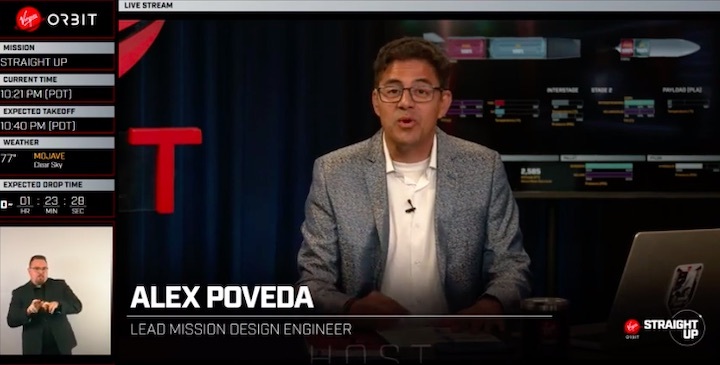 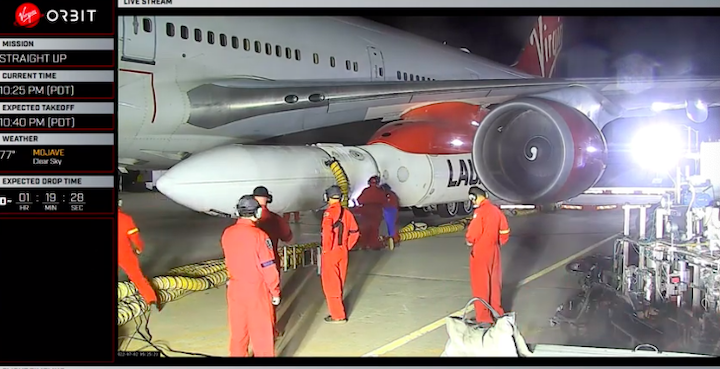 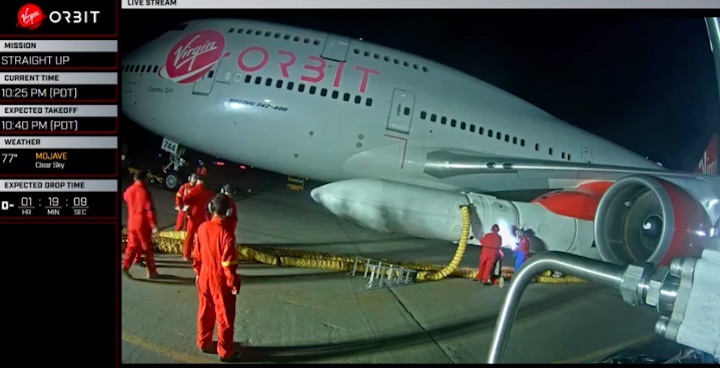 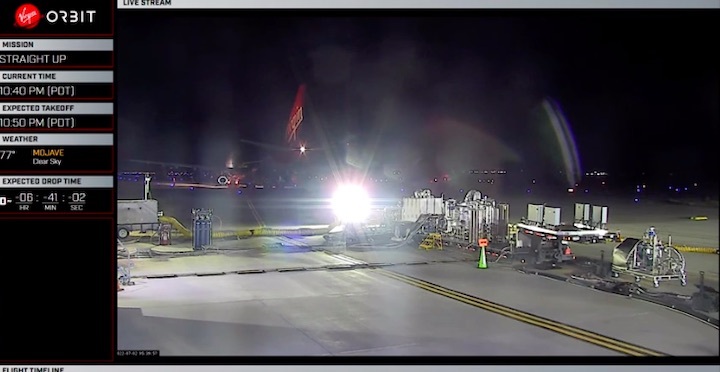 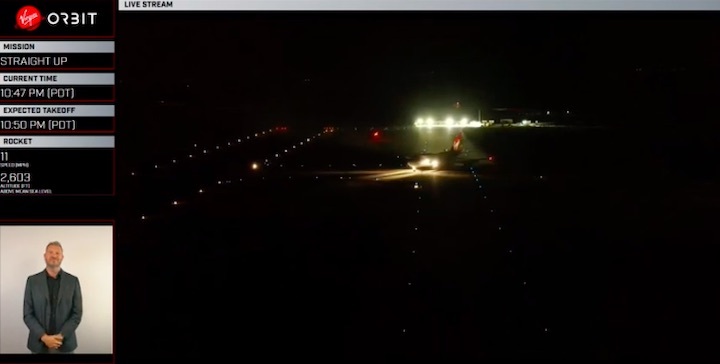 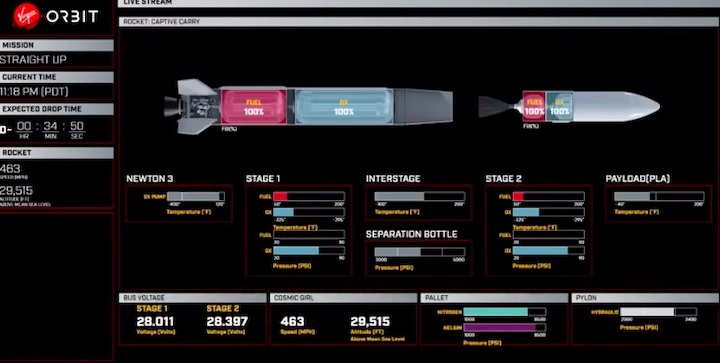 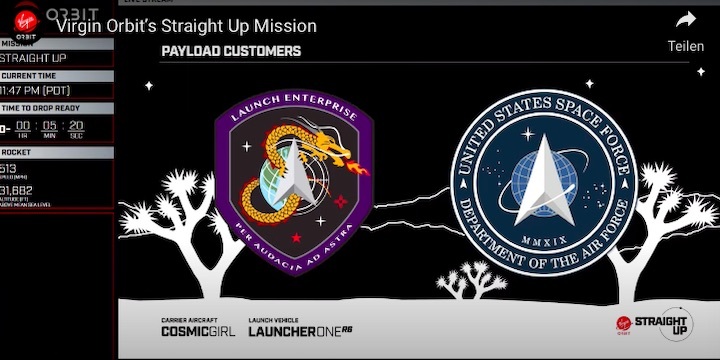 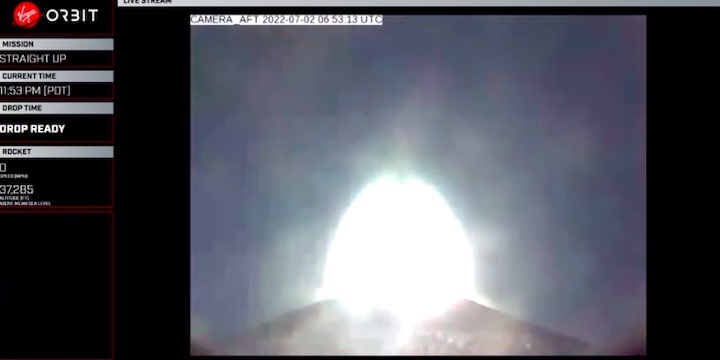 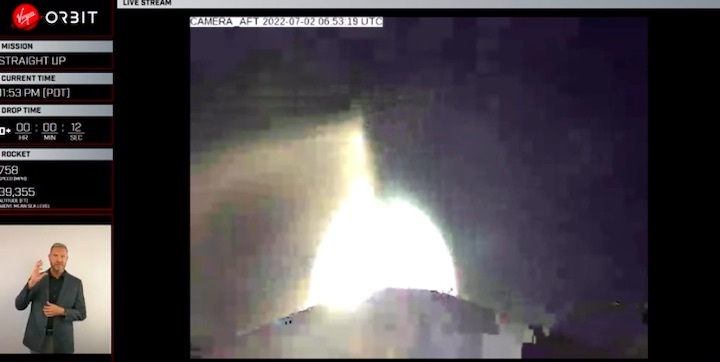 Virgin Orbit launched a rocket carrying seven satellites from California’s Mojave Air and Space Port early Saturday morning at 1:49 AM ET (10:49PM local), marking the small satellite launcher’s first successful night mission. The company brought the satellites into low Earth orbit with the help of its Boeing 747 carrier aircraft called Cosmic Girl, which had the LauncherOne rocket attached beneath one of its wings.

The mission, called Straight Up after a 1988 Paula Abdul song, involved seven research satellites as part of NASA’s Space Test Program. Like its previous missions, Virgin Orbit propelled the satellites into space by having Cosmic Girl carry the LauncherOne rocket 35,000 feet above the ground, giving it a headstart before the rocket detaches and launches its payload into orbit. Virgin Orbit initially postponed the mission on Thursday after finding that its rocket propellant temperature was “slightly out of bounds.”

Virgin Orbit has made five launch attempts in total, but only failed once during its first test flight in May 2020. It has been on a roll since first reaching orbit in January 2021, deploying a set of satellites into orbit in June 2021 and completing yet another mission earlier this year. Virgin Orbit’s Straight Up mission is the company’s fourth successful flight to date.

Virgin Orbit is owned by the British billionaire Richard Branson, and isn’t to be confused with Virgin Galactic, the company’s separate branch for commercial spaceflight. The company went public via a SPAC (special purpose acquisition company) merger last year. While it has completed all its launches from Southern California so far, Virgin Orbit plans on taking off from Cornwall, England later this year.