Move is condemned by Washington, which considers such launches part of Tehran's ballistic missile programme 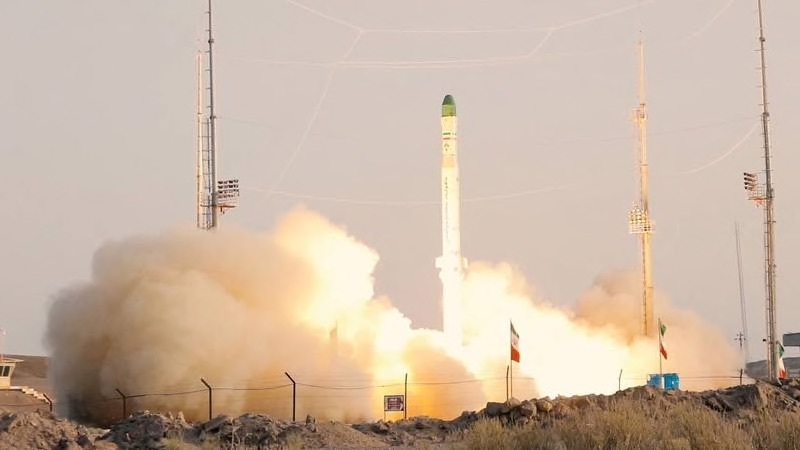 Iran announced the launch of a solid-fuel rocket for putting satellites into orbit, with state media showing dramatic footage of the blast-off at an undisclosed location.

Sunday's launch was quickly criticised by the US as "unhelpful and destabilising", coming a day after a senior EU diplomat announced the imminent resumption of talks to revive the Iran nuclear deal, which collapsed when the US pulled out in 2018.

Washington considers such launches part of Tehran's continuing missile development, one of the reasons cited by former US president Donald Trump for withdrawing from the nuclear pact.

Ahmad Hosseini, spokesman for Iran’s Defence Ministry, said the 25.5 metre-long rocket, named Zuljanah, was capable of carrying a satellite of 220 kilograms that would gather data in low-Earth orbit and promote the country's space industry.

Zuljanah was the name of the horse of Imam Hussein, the grandson of the Prophet Mohammed.

Iran did not reveal the launch site but satellite photos earlier this month showed preparations being made at the Imam Khomeini Spaceport in the northern Semnan province, the site of several failed attempts to put a satellite into orbit.

Commenting on the photos, a Pentagon spokesman said the US military “will continue to closely monitor Iran’s pursuit of viable space launch technology and how it may relate to advancements in its overall ballistic missile programme”.

“Iranian aggression, to include the demonstrated threat posed by its various missile programmes, continues to be a top concern for our forces in the region,” Maj Rob Lodewick said.

The launch comes just a day after the EU's foreign policy chief, Josep Borrell, met Iranian officials in Tehran in an attempt to restart negotiations over the nuclear deal, which placed limits on Iran's nuclear programme in exchange for the lifting of sanctions.

Tehran responded to the US withdrawal from the 2015 pact by speeding up its nuclear enrichment programme to reach levels close to weapons-grade purity.

The US says the rocket launches defy a UN Security Council resolution calling on Iran to steer clear of any activity related to ballistic missiles capable of delivering nuclear weapons.

Iran, which insists it does not seek nuclear weapons, says its satellite launches and rocket tests do not have a military component.

The US intelligence community’s 2022 threat assessment, published in March, said Iran's development of satellite launch vehicles “shortens the timeline” to an intercontinental ballistic missile because it uses similar technologies.