A decision about whether to go forward this year with Tracking Layer Tranche 1 or wait until fiscal 2023 funds are available could happen "within the next few weeks," said SDA Director Derek Tournear. 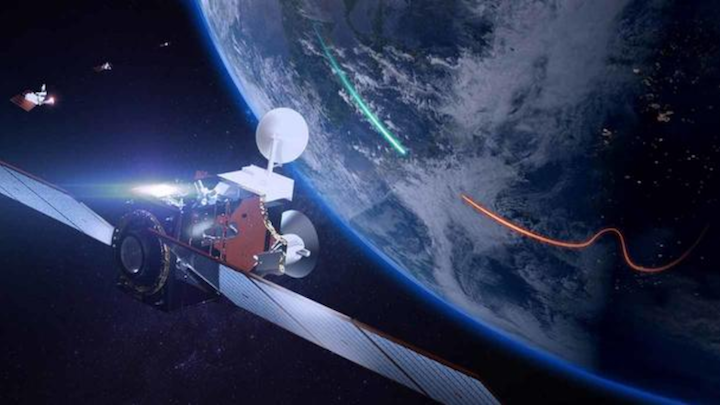 WASHINGTON: The Space Development Agency’s plans to develop a first set of operational missile warning/tracking satellites to keep tabs on both ballistic and hypersonic missiles remain in limbo due to the continued fiscal 2022 spending stalemate on Capitol Hill, says SDA Director Derek Tournear.

If the Defense Department’s 2022 budget isn’t passed within the next few weeks, he told the Defense Writers Group Monday, the agency may need to postpone the bid process for what it calls the “Tracking Layer Tranche 1” effort. That constellation would comprise some 28 satellites in Low Earth Orbit (LEO) optimized for use by Indo-Pacific Command to monitor Chinese and North Korean missile launches.

SDA is ready to issue a formal request for proposals (RFP) from industry for those satellites, Tournear explained, but needs the $750 million plus-up included in the Senate Appropriations defense subcommittee (SAC-D) markup of the fiscal 2022 defense spending bill to be able to make awards. According to the SDA’s Jan. 7 draft RFP, the agency intends to issue contracts to “up to two” vendors, with an eye on launch in 2025.

“If there’s an appropriations act, and it has that funding, we’ll release the tracking solicitation and run forward with that,” he said.

SDA in October 2020 tapped L3Harris and SpaceX to build a first set of Tracking Layer satellites designed test out new capabilities, as part of its Tranche 0 to demonstrate initial capability. (Tranche 0 also includes early-design satellites in the Transport Layer for data relay.) SpaceX won $149 million and L3Harris $194 million to each build four satellites to detect ballistic, cruise and hypersonic missiles using a wide field of view IR sensor. L3Harris in December announced that it had passed SDA’s critical design review for Tranche 0. Tournear said that the review for SpaceX is slated for next week, and that the agency is on track for launch this September.

Meanwhile, MDA awarded L3Harris a $121 million contract on Jan. 14, 2021 and Northrop Grumman $155 million on Jan. 22, 2021 for each to develop a sat-based prototype medium field-of-view sensor targeted specifically at keeping tabs on hypersonic missiles flying fast and low. MDA plans to launch those prototypes separately from SDA’s satellites in 2023 — a launch plan that the SAC-D criticized as duplicative and wasteful, but nonetheless funded to the tune of $110 million (PDF).

Tournear explained that if the 2022 funds for Tracking Layer Tranche 1 don’t come through, SDA instead will pivot to release an RFP for its program of experimental satellites designed to push the edge of the tech envelope for future generations of its seven-layer National Defense Space Architecture of up to 500 satellites in LEO to augment and backup current Defense Department space capabilities. That program, Tournear said, is already “ready to go.”

SDA in October issued a draft RFP for that program, called Tranche 1 Demonstration and Experimentation System (T1DES). It would involve buying satellites to host18 UHF- and SHF-band payloads — 12 developed by industry mission partners and six by other government agencies — as well as launch services from a commercial vendor.

However, Tournear said his agency is mindful of the current stresses, such as supply chain backups and continued personnel shortfalls due to COVID-19, on both DoD’s industrial base and the agency itself.

“We are very concerned with the bandwidth of our industrial performer base, as well as our internal SDA bandwidth, so we’re not going to release both of those solicitations at the same time. We would stagger those” he said.

“This could all happen in the next couple of weeks,” he said.