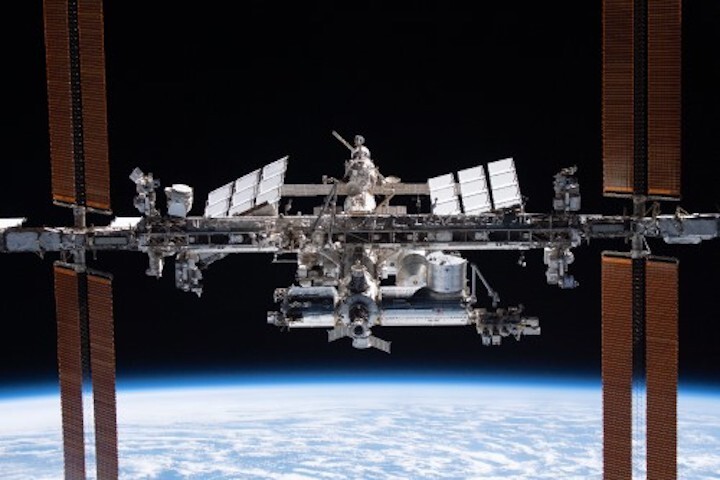 Over 650 Russian scientists and science journalists have signed an open letter calling Russia’s war against Ukraine “unfair and senseless” and stating that there is no “rational justification” for the invasion, which began in the early hours of 24 February. The Kremlin’s decision to launch a full-scale invasion of Ukraine triggered new sanctions from Europe and the US, and has also cast a doubt over several scientific collaborations with Russia, particularly in space.

Following the invasion, scientists in Russia swiftly circulated the letter, which was then published on TrV-Nauka – an independent Russian science news site. The letter states that having unleashed war, Russia has “doomed itself” to international isolation and to the position of a “pariah country”.

“This means that we, scientists, will no longer be able to do our job normally: after all, conducting scientific research is unthinkable without full co-operation with colleagues from other countries,” the letter states, adding that the isolation would result in further “cultural and technological degradation” of Russia with the war with Ukraine representing a “step to nowhere”.

“We respect Ukrainian statehood, which rests on really working democratic institutions,” the letter states. “We treat the European choice of our neighbours with understanding. We are convinced that all problems in relations between our countries can be resolved peacefully.”

The letter ends by calling for an “immediate halt” to the operation against Ukraine. “We demand respect for the sovereignty and territorial integrity of the Ukrainian state,” the letter states. “We demand peace for our countries. Let’s do science, not war!”

Physicist Mikhail Glazov from the Ioffe Institute in St Petersburg, who signed the letter, told Physics World that personal, cultural and scientific ties between people in Russia and Ukraine are still solid. “These ties should help to form a basis for negotiations,” he adds. “I do not think that the army should resolve conflicts. We all need to find a peaceful resolution to the conflict.”

Russia’s increasing international isolation could also impact international collaborations. Following the announcement by US president Joe Biden of a tranche of new sanctions, NASA issued a media release stating that it was continuing to work with all international partners, including the Russian Space Agency Roscosmos, for the “ongoing safe operations” of the International Space Station.

“The new export control measures will continue to allow US-Russia civil space co-operation,” the release continued. “No changes are planned to the agency’s support for ongoing in orbit and ground station operations.”

Roscosmos director Dmitry Rogozin took a similarly measured line, noting on Twitter that “NASA confirmed its willingness to continue to co-operate with Roscosmos” before adding that “we continue to analyse the new US sanctions to detail our response”.

Speaking in the House of Commons on Thursday, however, the UK Prime Minister Boris Johnson questioned the future of scientific collaborations with Russia. “I’ve been broadly in favour of continuing artistic and scientific collaboration,” noted Johnson. “But in the current circumstances, it’s hard to see how even those can continue as normal.”

Several European-led missions are scheduled to be launched via Russian-built rockets later this year or in 2023. The Rosalind Franklin rover, previously known as the ExoMars rover, is currently scheduled to take off in September from the Baikonur Cosmodrome in Kazakhstan via a Proton-M rocket. Designed to seek out evidence of past life on Mars, it is a joint mission between the European Space Agency (ESA) and Roscosmos.

The orbital dynamics of Earth and Mars mean that launch windows only open for a short period every two years, to take advantage of the two planets’ closest approach to one another. The rover’s launch has already been delayed from 2020 to 2022 amid parachute and electronics difficulties and the impact of the COVID-19 pandemic. If it launches in September, it would reach Mars by April 2023 at the earliest, but additional postponements could mean a further two-year delay.

ESA is also expected to launch the €500m Euclid mission via a Russian Soyuz spacecraft in 2023 from Kourou in French Guiana. Euclid is designed to explore the mysteries of dark energy and dark matter, using a 1.2 m diameter telescope, a camera and a spectrometer to plot a 3D map of the distribution of more than two billion galaxies – a view that will stretch across 10 billion light-years, revealing details of the universe’s structure and its expansion.

ESA director general Josef Aschbacher took to Twitter to say he is “sad and worried as the aggression continues to worsen in Ukraine” and that they are continuing to monitor the “evolving” situation. “Civil space co-operation remains a bridge,” noted Aschbacher. “ESA continues to work on all of its programmes, including on ISS and the ExoMars launch campaign, in order to honour commitments with member states and partners.” He adds that ESA member states will take “any decisions needed”. “But for now, support for our missions and colleagues continues until further notice.”

Meanwhile, the Germany Federal Ministry of Education and Research, BMBF, noted that it is to stop all science and research collaboration with Russia as well as vocational education and training.

The Russian invasion is also having an impact on international meetings. The International Congress of Mathematicians 2022 (ICM) is currently scheduled to be held in St Petersburg on 6–14 July, but several mathematical societies have called for the International Mathematical Union (IMU), which is responsible for the event, to cancel. The London Mathematical Society, for example, says it no longer plans to send delegates to the ICM. “The society strongly recommends that the IMU not hold the ICM in Russia in July 2022,” it noted in a statement.

“The IMU has been approached by several societies and individuals who raise serious and understandable concerns about the consequences of the conflict for the ICM,” the IMU said in a statement. “The executive committee of the IMU is now assessing the situation, and will make a decision as soon as possible regarding how to proceed. We will communicate this decision to our members once it has been made without delay.”

Meanwhile, Roscosmos head Rogozin noted today that the Russian space agency is withdrawing its technical personnel, including launch crew from Kourou in French Guiana. In response, Thierry Breton, European commissioner for space, says that the decision by Roscosmos has “no consequences on the continuity and quality” of the EU’s Galileo global navigation satellite system or the Copernicus Earth-observation programme.

“Nor does this decision put the continued development of these infrastructures at risk,” Breton adds. “We are ready to act decisively, together with the member states, to protect these critical infrastructures in case of aggression, and continue to develop Ariane 6 and VegaC to ensure Europe’s strategic autonomy in the area of launchers.”

Update 27/02/2022: Over 4100 people have now signed the open letter calling for an immediate halt to the war in Ukraine. The signatories include the condensed-matter physicist Konstantin Novoselov from the University of Manchester, who shared the 201o Nobel Prize for Physics with Andre Geim for their work on graphene, as well as the theoretical physicist Mikhail Shifman from the University of Minnesota, who shared the 2016 Dirac Medal with Nathan Seiberg and Arkady Vainshtein for their contributions to field theory.

There are also reports that eROSITA – an X-ray survey instrument designed and built by Germany’s Max Planck Institute for Extraterrestrial Physics (MPE) in Garching – has been put into safe mode. eROSITA is one of two instruments aboard the German-Russian Spectrum-Roentgen-Gamma (Spektr-RG) X-ray telescope that launched in 2019 and is designed to detect 100,000 galactic clusters allowing astrophysicists to constrain the properties of dark matter and dark energy. The move came following the decision by Germany’s BMBF to freeze all scientific collaborations with Russia.