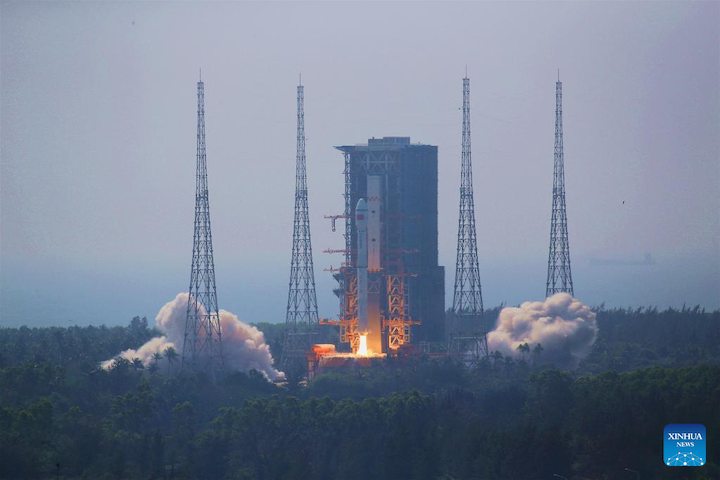 China launched a Long March-8 rocket to place 22 satellites in space on Sunday, setting a domestic record for the most spacecraft launched by a single rocket.

The rocket blasted off at 11:06 a.m. (Beijing Time) at the Wenchang Spacecraft Launch Site in the southern Hainan Province before sending the satellites into preset orbit.

These satellites will then be released in 12 groups. They will be mainly used for commercial remote sensing services, marine environment monitoring, forest fire prevention and disaster mitigation.

The mission marked the 409th flight of the Long March carrier rockets.

The Long March-8 used for Sunday's launch is a modified version of the medium-lift carrier rocket and is 48 meters long with a takeoff weight of 198 tonnes. It uses non-toxic and pollution-free propellants with a 3-tonne capacity for sun-synchronous orbit.

Compared with the original model, the modified model does not have side boosters but can launch multiple satellites with different orbital requirements.

The Long March-8 is the new generation of China's carrier rocket. Research and development started in 2017. The original model performed its debut mission at Wenchang coastal launch site on Dec. 22, 2020.

Designed and built by the China Academy of Launch Vehicle Technology, a subsidiary of the China Aerospace Science and Technology Corp., the rocket fills a gap in China's launch capability to the sun-synchronous orbit and meets the needs of more than 80 percent of launch missions for medium and low-orbit spacecraft.

Xiao Yun, chief commander of the rocket, said an assembly and test plant for the Long March-8 family is being built outside the Wenchang launch site. Once completed, it is expected to shorten the launch interval of the Long March-8 rocket to seven days, enabling 50 launches a year. 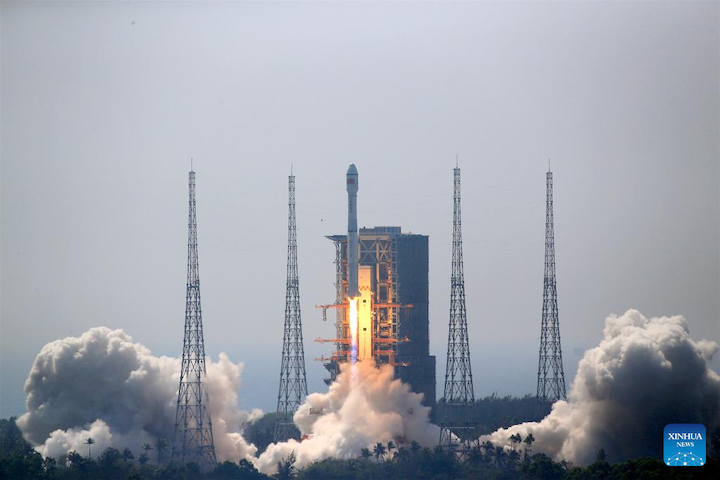