In an upcoming collision, a spent rocket booster will be the first long-circulating piece of human-made debris to smash into the lunar surface. 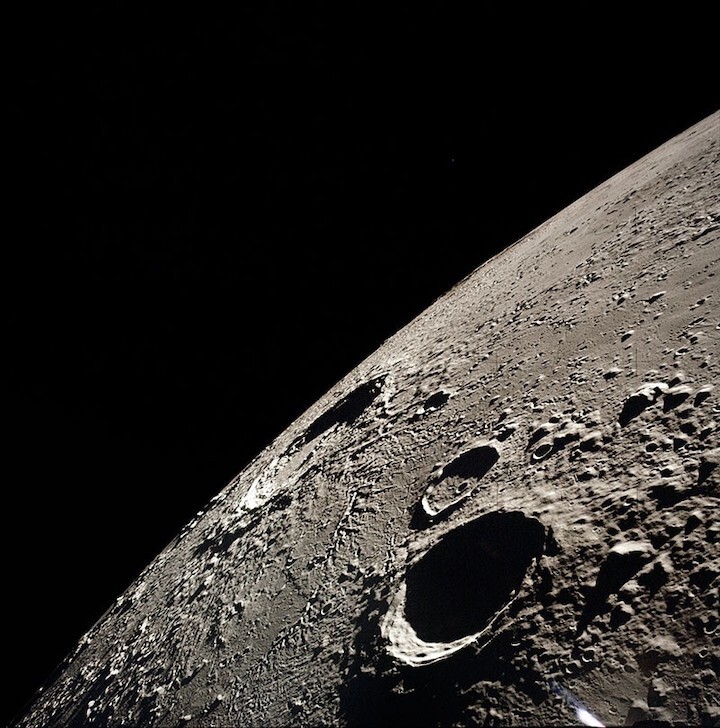 On 4 March, humanity will set a record for littering when an old rocket booster smashes into the far side of the Moon. It will be the first time a piece of human-made space debris has hit a celestial body other than Earth without being aimed there.

The booster is probably part of a rocket that launched a small Chinese spacecraft, called Chang’e 5-T1, towards the Moon in 2014. Although Chang’e 5-T1 returned to Earth successfully, the booster is thought to have been zipping around chaotically in space ever since. Lunar gravity is now drawing it close, and will soon pull it into a fatal collision with the far side of the Moon. The smash-up is expected to produce a puff of debris and leave behind a small crater.

The incident poses no immediate danger to humans or other spacecraft, but with at least half a dozen craft slated to reach the Moon this year, concern is growing about the lunar surface becoming an unintentional dumping ground.

“Public opinion has changed sufficiently in recent years that even a scientific lunar orbiter being deliberately crashed would still raise questions about impacts on the lunar environment, in a way it once wouldn’t have,” says Alice Gorman, a space archaeologist at Flinders University in Adelaide, Australia.

Plenty of other spacecraft — and spacecraft bits — have hit the Moon (see ‘Moon crashes’). The first was the Soviet Union’s Luna 2 in 1959, which became the first human-made object to make contact with another celestial body when it crashed a little north of the lunar equator. The most recent was China’s Chang’e 5 lander (a different spacecraft from Chang’e 5-T1), which dropped an ascent vehicle onto the Moon in 2020 as it flew lunar samples back to Earth.

Many artificial lunar impacts have been intentional crashes to bring an end to lunar-orbiting missions that have run out of fuel. Some have involved planned landings on the Moon, successful or otherwise. Others were for scientific purposes, such as when NASA slammed parts of large Saturn rockets into the lunar surface during the era of the Apollo missions in the late 1960s and 1970s, to study how seismic energy from the impacts rippled through the Moon.

But never before has a piece of long-standing space junk — the booster will have been careering around space for more than seven years — collided with the Moon.

The problem of space junk is well known for the region around Earth. More than 12,000 Earth-orbiting satellites have been launched since the space age began in 1957, and about 5,100 of those are still operational, according to the European Space Agency. Altogether, the agency estimates that there are more than 36,000 pieces of debris bigger than 10 centimetres across whizzing around in Earth orbit. These include dead satellites, as well as the remnants of past launches and anti-satellite-missile tests.

Around the Moon, space is less crowded, but lunar scientists worry that it might not stay that way. A research team led by Vishnu Reddy, a planetary scientist at the University of Arizona in Tucson, uses telescopes to regularly track the positions of more than 150 objects in the space around the Moon. Of those, at least 90% are junk, Reddy says.

He and his colleagues have been tracking the object that’s on course to hit the Moon. They analysed how sunlight reflects off it to confirm that it is made of a similar material to the Chinese rocket booster. (The object had initially been identified as a SpaceX rocket booster, but analysis showed that its properties did not match that craft.)

Astronomers won’t be able to watch the impact from Earth as it happens, because the collision will take place on the far side of the Moon, probably in or near a crater named Hertzsprung. But several Moon-orbiting spacecraft will try to spot it or its aftermath.

Previous Moon impacts have generated small plumes of material. In 2009, NASA’s LCROSS probe smashed into a shadowy crater near the lunar south pole, kicking up a cloud of dust that was confirmed to contain water. Water and ice are rare on the Moon, but the upcoming crash isn’t likely to contaminate any Moon ice, says Parvathy Prem, a planetary scientist at the Johns Hopkins University Applied Physics Laboratory in Laurel, Maryland.

There are no significant international restrictions on what can be dropped onto the Moon’s surface. In 1999, NASA crashed its Lunar Prospector spacecraft that carried the ashes of planetary geologist Gene Shoemaker, an act that the Navajo Nation criticized as insensitive and sacrilege. In 2019, the private Israeli Moon lander Beresheet accidentally crashed, spilling cargo including the hardy organisms known as tardigrades onto the lunar surface. A growing number of researchers are also concerned about the integrity of the lunar environment, Gorman says; last year, a group put together the first Declaration of the Rights of the Moon.

How the Chinese booster ended up on a trajectory to hit the Moon isn’t entirely clear. Both Earth's and the Moon's gravity have been tugging on it since its launch. Bill Gray, an astronomer and space tracker in Maine who spotted the upcoming collision, notes that there is no organization in charge of tracking distant objects in space. The US Space Force tracks space objects out to geostationary orbits, around 35,800 kilometres from Earth — but the Moon is nearly 400,000 kilometres away. Distant tracking is therefore in the hands of individual groups, such as Reddy’s.

“The information the public is relying on does not come from official government sources,” Gorman says. “This is positive, as it shows people are capable of monitoring the space environment themselves, but worrying as it exposes the gaps in what is known and who is responsible.”