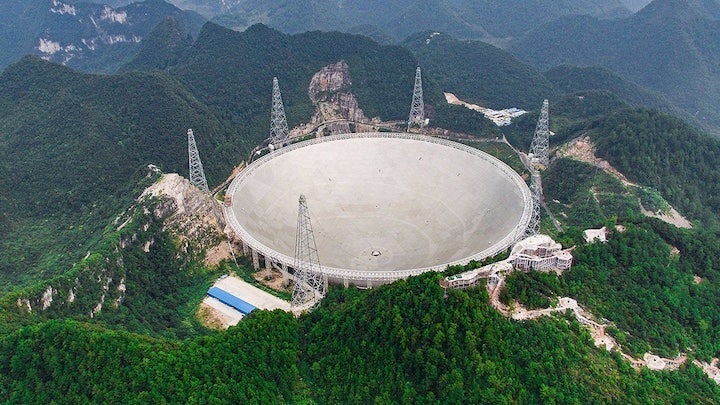 Chinese astronomers plan to build a new submillimeter-wave observatory on the Qinghai-Tibet Plateau, known as "the roof of the world."

Proposed by the Nanjing-based Purple Mountain Observatory of the Chinese Academy of Sciences, the observatory project includes a new submillimeter-wave telescope with a diameter of 15 meters, larger than China's current most advanced 13.7-meter radio telescope.

After two years of monitoring, researchers selected the site in Haixi Mongolian and Tibetan Autonomous Prefecture, the main body of which is the Qaidam Basin in the northwestern province of Qinghai, with an average altitude of 3,000 meters.

Submillimeter astronomy refers to astronomical observations carried out in the region of the electromagnetic spectrum with wavelengths from approximately 0.3 to 1 millimeter.