The flights are for the military, so details are scant. 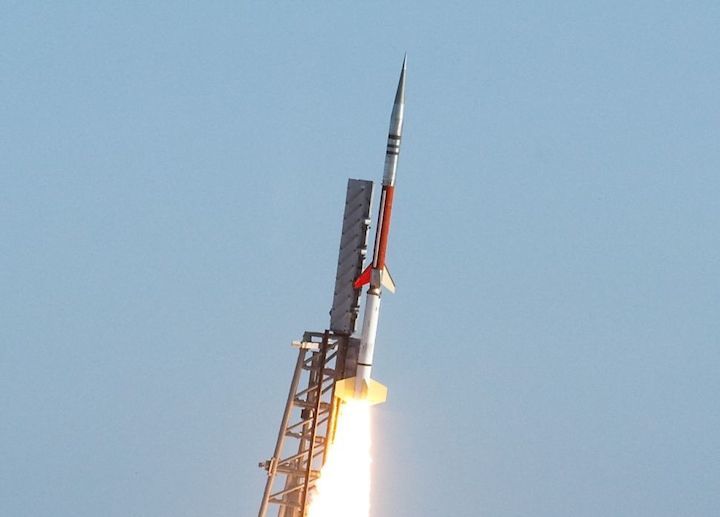 NASA will launch three sounding rockets from coastal Virginia on flights that local observers may be able to spot in the sky.

Details about the launches are scarce, as the rockets are carrying payloads from the U.S. Department of Defense. But the three rockets will take off from NASA's Wallops Flight Facility on Wednesday (Oct. 20) between 5 and 11 p.m. EDT (2100 GMT to Oct. 21 at 0300 GMT). Should foul weather scuttle the flights, NASA has slated Thursday (Oct. 21) and Friday (Oct. 22) as backup launch dates.

Sounding rockets are launched at shallow trajectories that rarely go higher than 90 miles (145 kilometers) before soon falling back to Earth without reaching orbit. Wednesday's rockets are no exception, although NASA hasn't specified which of the dozen-odd sounding-rocket vehicles it flies from Wallops will be launching.

For centuries, sailors would throw weighted lines from their ships for sounding, or measuring the water's depth. In that spirit, sounding rockets are often used to probe the upper atmosphere. The missions excel at tasks like recording temperature, wind speeds, and atmospheric conditions where other meteorological tools often can't reach.

Sounding rockets are also often used for brief experiments in astronomy, for example, measuring X-rays and ultraviolet rays that do not penetrate Earth's atmosphere. Sounding rockets' paths also give them a few moments of microgravity, allowing the rocket launchers to do research in weightlessness without needing to send anything into orbit.

A spokesperson at Wallops declined to comment on Wednesday's payloads; a spokesperson for the Department of Defense did not respond to a request for comment.

Sounding rockets' arcs back to Earth have a striking similarity to something else: missiles. That is part of why armed forces from around the world have an interest in them; in fact, the two systems often share the same technology. The U.S. military is no exception; it has launched sounding rockets since the 1940s, according to NASA.

The military is no less involved today. In January, the Department of Defense was behind three rocket launches that could be seen up and down the Delmarva Peninsula that includes parts of Delaware, Maryland and Virginia. In March, the nascent U.S. Space Force launched a small rocket that released water vapor into the upper atmosphere.

Like Wednesday's launch, those previous sounding rockets also took off from Wallops Flight Facility. Since the site was opened in 1945 — even before NASA's founding — more than 16,000 sounding rockets have taken off there.

The Wallops visitor center will not be open for launch viewing and NASA will not be broadcasting the launches online.