A gas giant orbiting a burned-out star foretells what will happen here in about 5 billion years, researchers say. 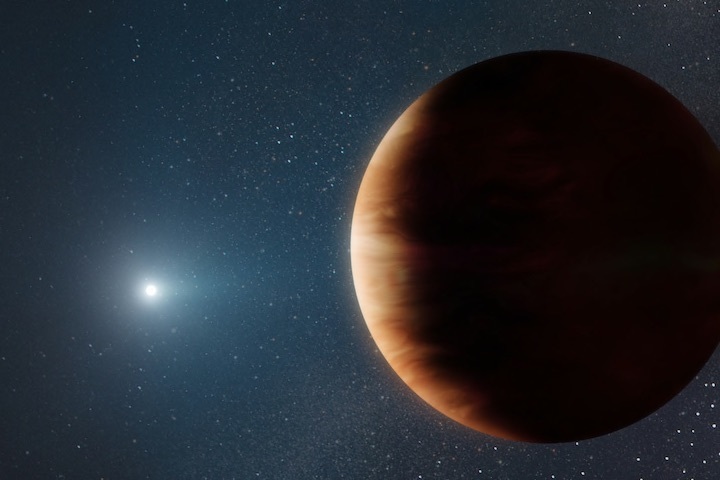 A gas giant orbiting a burned-out star foretells what will happen here in about 5 billion years, researchers say.

A darkened planet circling the feeble remnant of a burned-out star about 6,000 light-years from Earth shows what our own solar system will look like at the end of its existence, astronomers say.

The distant survivor, described in a study published last week in the journal Nature, seems to be a gas giant similar to Jupiter. It provides a snapshot of a planetary system around a dying star, the study’s authors said.

The star is a “white dwarf” — a glimmering stellar remnant left over from the “red giant” phase of its demise, when it expanded tens of thousands of times after having used up the hydrogen fuel for its nuclear fusion reactions and then collapsed a few hundred million years later.

Any planets closer to the star are likely to have been destroyed — and the same fate is likely to befall our own world when the sun burns up all of its hydrogen in 5 billion years or so. 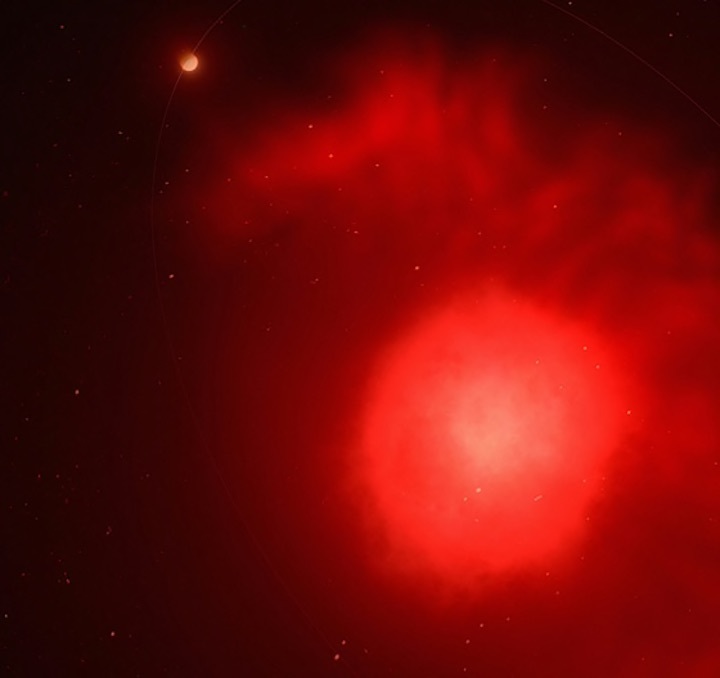 Stars like the sun grow tens of thousands of times in a red giant phase after the burn all their nuclear fuel before collapsing into feeble "white dwarf" remnants.

“When the sun balloons outwards in what’s known as its red giant phase, it will likely obliterate Mercury and Venus and possibly Earth,” said the lead author of the study, Joshua Blackman, an astronomer at the University of Tasmania in Australia.

The sun will have grown too hot for anything on Earth to survive well before then, and its red giant phase will cause lakes of lava, broken continents and devastating blasts of intense ionizing radiation — if it doesn’t fragment our planet entirely, he said in an email.

But it’s not all bad news: Mars and the outer gas giants — Jupiter, Saturn, Uranus and Neptune — are expected to survive the sun’s burning-out. And now the detection of the distant planet orbiting a white dwarf strengthens that idea.

“Our discovery is evidence that the standard picture of how planetary systems evolve as their host star dies is likely to be correct,” Blackman said.

The newly found white dwarf was detected toward the center of our galaxy by a gravitational effect called “microlensing” as it passed in front of a star even farther away.

The gravity of the white dwarf caused the distant star to appear to grow brighter for a few years — a brief flash in astronomical time — as its mass focused light through gravitational lensing, said Jean-Philippe Beaulieu of the Institut d’Astrophysique de Paris, who led the research and is a co-author of the study. A second flash of light revealed the orbiting planet.

In fact, it’s only because of microlensing that the white dwarf system has been detected at all. Although the team tried to observe it with the giant telescopes at the Keck Observatory in Hawaii, it proved too dim to see.

They hope soon to get better results with the James Webb Space Telescope, which is due to launch in December and will be able to observe the darkened system directly, Beaulieu said.