The sporadic and uncontrolled launch of thousands of new mega-constellations put outer space security and safety at risk. 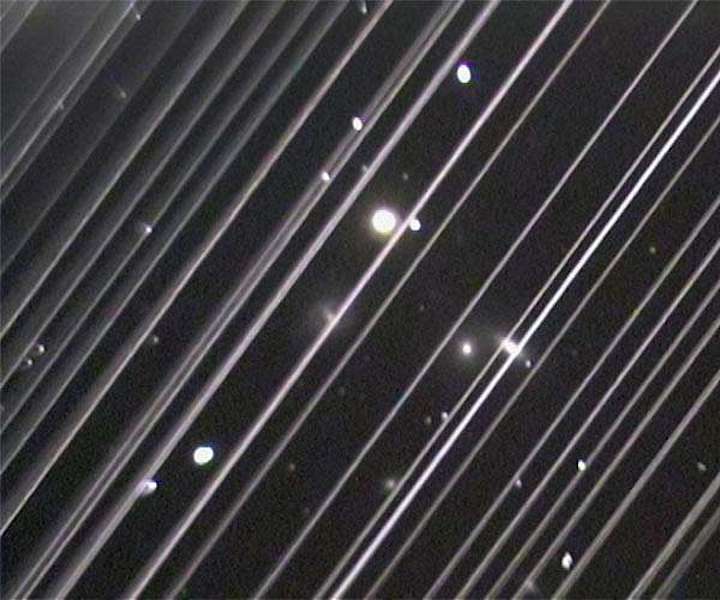 Mega-constellations are composed of several hundreds of highly networked satellites in low Earth orbit (LEO), and they are fundamental in providing uninterrupted communication through networks across the globe, enabling internet access even in remote areas. The space industry has shown great interest in mega-constellations due to their expected high return on capital invested. SpaceX, via its Starlink satellite internet constellations, has already launched 60 satellites into low earth orbit  in May 2021. It plans to launch thousands more in the coming years as part of its mega-constellation project. OneWeb, Amazon, and several other private space companies have similar ambitions.

Unregulated launches of mega-constellations, however, make low Earth orbit too crowded to function safely and securely. Such congestion increases the risk of collision, such as with other active satellites, untracked debris, and meteoroids. Even a single collision in outer space can cause significant cascade effects, creating future collisions, as ‘collisions give rise to more debris and lead to more collisions’.

Space-faring nations and the space industry should learn from the several near misses that have already taken place with single satellites and mega-constellations in outer space. In 2018, the mission controllers of the CryoSat-2, a satellite that monitors precise changes in the thickness of polar ice sheets, had to manoeuvre their satellite into a higher orbit to prevent collision with a piece of debris. In 2019, the European Space Agency (ESA) moved its earth observation satellite to avoid it colliding with a Starlink satellite. The collision risk, in this incident, was estimated to be ‘ten times higher than the threshold that required a collision avoidance manoeuvre.’ While manoeuvring away from a piece of debris is common practice, the space industry is still learning how to manoeuvre to prevent a collision with an active satellite. The latter requires direct communication hotlines between the operators involved, at all times. Current communication between operators, however, is conducted on an ad-hoc basis and over email exchanges. This is neither sustainable nor efficient as outer space becomes even more congested, exponentially increasing the risk of collision.

Space-faring nations and the space industry should learn from the several near misses that have already taken place with single satellites and mega-constellations in outer space. In 2018, the mission controllers of the CryoSat-2, a satellite that monitors precise changes in the thickness of polar ice sheets, had to manoeuvre their satellite into a higher orbit to prevent collision with a piece of debris

Academic assessments also reveal a grim picture for the future of the on-orbit environment. By using the European Space Agency (ESA)’s debris evolutionary model, researchers tested the probability of multiple collisions of mega-satellite constellations and identified ‘significant risk from non-trackable debris objects.’ These are objects smaller than 10 centimetres in size. Although non-trackable debris generally poses non-catastrophic collision risks, as a result of the existing shielding in the design of the satellites, such collisions may still be able to disable key satellite functions, e.g., communications. The loss of critical functions may have cascading impacts not only on the overall health of the mega-satellite system in question but also on the functioning of critical national infrastructure on Earth.

Another risk relates to the proliferation of emerging technologies and their impact on outer space security. Research indicates that malicious actors are already capable of manoeuvring a single unprotected satellite to deliberately collide with another satellite or with a space object through cyber means. And, although all satellites are vulnerable to cyber threats, mega-constellations require additional cybersecurity considerations because of their increased connectivity and the webbed nature of networks across units, for instance, through the Internet of Things (IoT) applications for communication purposes.

Due to the changing nature of the use of outer space and potential risks that mega-constellations pose to the safety and security of outer space, it is important to set out the rules of the road before it is too late to act.

All of these recommendations should be coupled with the overarching principles of responsible innovation. For far too long, states have placed the emphasis in outer space security primarily on the governance of risk, however, it is time to shift this paradigm and focus also on the governance of innovation to use technology for the benefit of international peace and security. Let’s not forget, all actors involved in the space domain are mutually responsible for each other’s security.