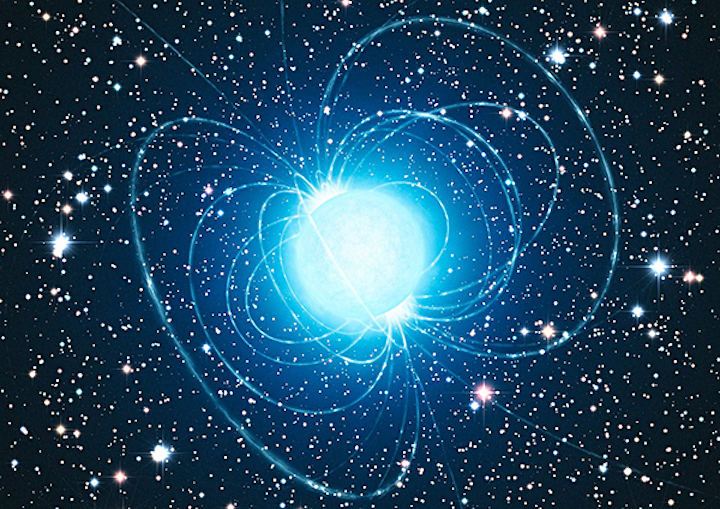 A theorist in astrophysics at The University of Texas at Arlington is leading a project to study the explosive phenomena of X-ray bursts in order to better understand neutron stars.

Nevin Weinberg, associate professor of physics, will head the study, titled “Spectral and Radiation Hydrodynamic Models of Photospheric Radius Expansion X-ray Bursts.” Funded by a three-year grant from the National Science Foundation’s Division of Astronomical Sciences, the project will also involve students from UTA and physicists from the University of Virginia.

A neutron star is formed when a massive star explodes in a supernova and the remnants condense and collapse upon themselves due to extremely powerful gravitation. This material is packed in so tightly that protons and electrons combine to make neutrons—thus the name neutron stars.

If the neutron star is in a binary system with another star, it can draw hydrogen- or helium-rich material from the other star that then forms a thin layer on its surface. Once the neutron star reaches critical mass, this layer ignites in a thermonuclear explosion, heating the entire surface of the neutron star to tens of millions of degrees Kelvin and releasing a sudden burst of X-rays.

Around 20% of these X-ray bursts are photospheric radius expansion (PRE) bursts, in which the luminosity of the burst is so high that radiation forces drive an optically thick wind that lifts the photosphere (the outer shell from which light is radiated) off the neutron star’s surface.

“Apart from a black hole, a neutron star is the most dense, compact known stellar object,” Weinberg said. “It has a mass that’s one and a half to two times the mass of our sun, but a radius of only 10 kilometers, so it’s extremely compact. If you took a teaspoon of this material, it would weigh more than a billion tons.

The study will utilize state-of-the-art numerical simulation tools to provide the most sophisticated simulation of PRE X-ray bursts to date. The researchers will compare their results directly with observations from telescopes.

“Neutron stars are interesting objects not just for astrophysics, but for fundamental physics,” Weinberg said. “At these very high densities—densities higher than the nucleus of an atom—we don’t actually know how matter behaves.”

X-ray bursts have been detected by telescopes since the 1970s, but much remains unknown about them.

“This is where our project comes in. We’re going to try to improve the models of X-ray bursts,” Weinberg said. “The goal is to understand them better and to have a better agreement between the models and the observations, which will allow us to make more precise statements about the underlying neutron star that’s supporting the burst.”

The teams from UTA and the University of Virginia will study the physics of PRE X-ray bursts using a combination of sophisticated computer models. The anticipated simulations will allow astronomers to better understand neutron stars, the burning processes during X-ray bursts, and the composition of the wind ejected during a burst.

The project will provide three years of funding for a graduate student in Weinberg’s research group. It also will allow him to mentor undergraduates from UTA’s Louis Stokes Alliances for Minority Participation Summer Research Academy, which provides research opportunities for students from groups historically underrepresented in STEM education.

Alex Weiss, professor and chair of the UTA Department of Physics, said Weinberg’s project could yield exciting new insights into the properties of neutron stars.

“The computer simulations of X-ray bursts that will be used in this study, together with observations from X-ray telescopes, could provide answers to some of the questions we have about neutron stars,” Weiss said. “This project being led by Dr. Weinberg is a great example of the kind of innovative and collaborative work being done in the Department of Physics.”

Quelle: The University of Texas at Arlington