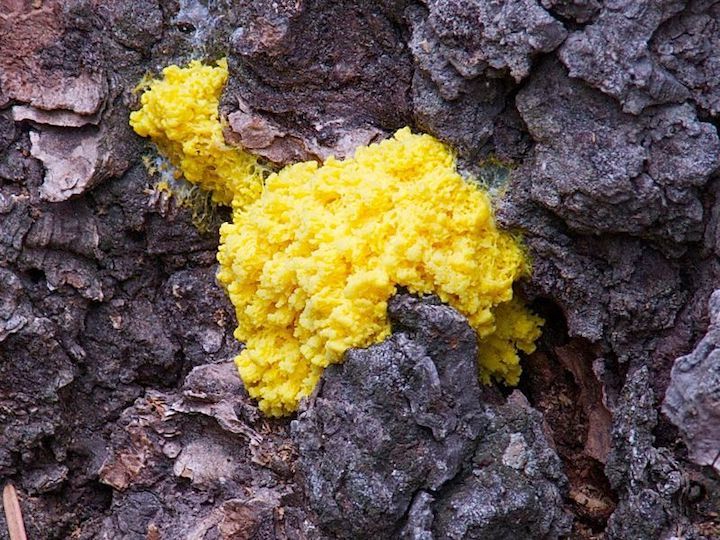 In a new paper just published in the journal Universe, Louis Irwin and I attempt to sum up scientists’ current understanding of life “as we know it,” and speculate how life may look and function on alien planets and moons. That includes potential biospheres very different from our own, such as a rocky planet with an ice-covered global ocean. Or it might be a barren planet devoid of surface liquids, or a frigid world with abundant liquid hydrocarbons. It could even be a rogue planet with no “host” star, a tidally locked planet, or a so-called Super-Earth. Maybe the biosphere exists only in the planet’s atmosphere.

In all those places, life could thrive—maybe not with the diversity and amount of biomass we have on Earth, but still with the ability to persist. One fascinating analog for exotic organisms on an alien world are slime molds. Here on Earth, under certain conditions, they aggregate into acellular, multinucleate bags of protoplasm, with an indefinite shape and the ability to move using a process called cytoplasmic streaming. They reproduce sexually (they have several different mating types), but in the multinucleate unicellular state, they can break apart into unequal fragments that can remerge back into a single organism.

Our paper goes into detail on how biochemistry could be different on an alien planet. In a subsurface ocean like the one on Jupiter’s moon Europa, for example, an entire large biosphere could draw energy from ionic or osmotic gradients rather than sunlight. On some other world, information could be passed from generation to generation by the alignment of magnets or dust particles rather than DNA. On others, organic beings may have yielded to mechanical or robotic life.

The rise of mechanical life may be particularly relevant, in fact. Our own terrestrial civilization will soon have (and others may already have) the capability to fabricate intelligent mechanical forms of life so sophisticated that their manufacture can be carried out robotically under the control of advanced forms of artificial intelligence. This would represent, for all practical purposes, autonomous reproduction. At that point, the distinction between organic life and mechanical life ceases to be important.

The rise of mechanical life might enhance contact with alien life forms, because travel through space would be easier to accomplish robotically than with organic bodies. Such contact is still statistically improbable given the immense distances from Earth to the nearest plausible home for life, the apparent insignificance of Earth on a cosmic scale, and the extremely narrow window for two civilizations to exchange and understand signals using any one communication technology, since technology is always evolving.

This, by the way, is our explanation for the Fermi Paradox or Great Silence. Still, we conclude that it is extremely likely that alien life is out there. And we’re betting that when we finally discover it, we will be surprised how different it really is.

Astronomie - The Astrobiology of Alien Worlds A comprehensive review of life as we know it—and may not know it.
« Zum vorherigen Eintrag Zum nächsten Eintrag »
1442 Views
Created with page4