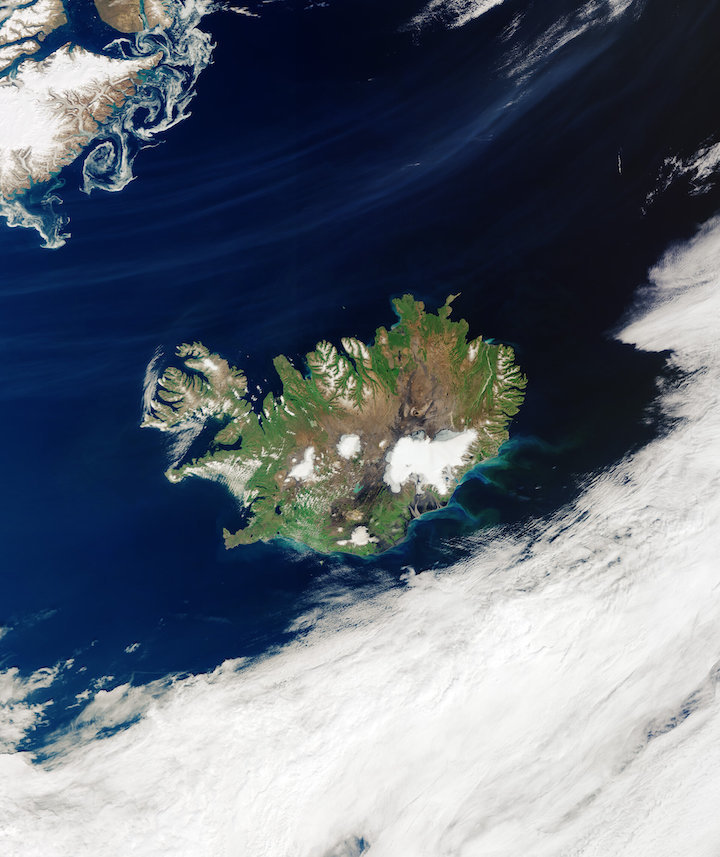 As we eagerly await the return of our Earth from Space programme next Friday, today the Copernicus Sentinel-3 mission shows us a rare, cloud-free view of Iceland captured on 14 August 2020.

The large, white area visible on the island is a national park that encompasses the Vatnajökull Glacier. Covering an area of around 8400 sq km with an average ice thickness of more than 900 m, Vatnajökull is not only classified as the biggest glacier in Iceland, but the biggest in Europe.

The white, circular patch in the centre of the country is Hofsjökull, the country’s third largest glacier and its largest active volcano. The elongated white area west of Hofsjökull is Langjökull, Iceland’s second largest ice cap.

Reykjavík, the capital and largest city of Iceland, is located on the Seltjarnarnes Peninsula, in southwest Iceland. In the top-left of the image, several sea ice swirls can be seen off the coast of Greenland.

Sentinel-3 is a two-satellite mission to supply the coverage and data delivery needed for Europe’s Copernicus environmental monitoring programme. Each satellite’s instrument package includes an optical sensor to monitor changes in the colour of Earth’s surfaces.