With a diameter of 5km, Ora Banda is one of the largest meteorite craters discovered in the world 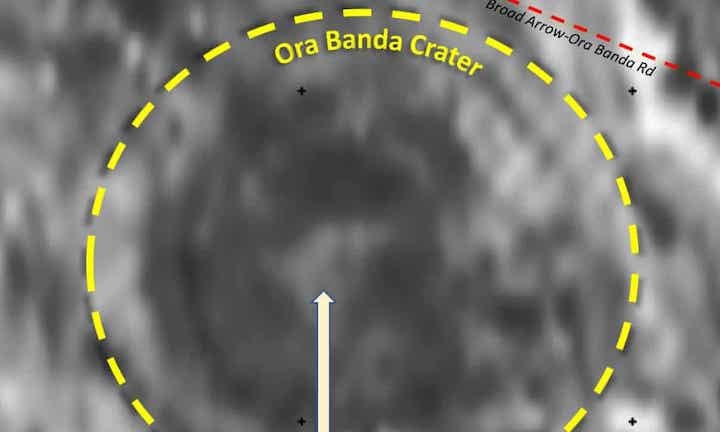 An asteroid 100-200 metres in diameter is believed to have created the Ora Banda meteorite crater, which was discovered in the Western Australian outback while drilling for gold. Photograph: Supplied

A massive 100 million-year-old meteorite crater has been found while a company was drilling for gold in outback Western Australia.

The impact crater is estimated to be over 100 million years old with a diameter of about 5km. Although not visible from the surface, experts found the crater using electromagnetic surveys.

Located near the Goldfields mining town of Ora Banda, north-west of Kalgoorlie-Boulder, the crater is believed to be five times bigger than the famous Wolfe Creek crater in the Kimberley.

The geologist and geophysicist, Dr Jayson Meyers, said the find was significant and unexpected.

“This discovery was made in an area where the landscape is very flat. You wouldn’t know it was there because the crater has been filled in over geological time,” he said.

With a diameter of 5km, the Ora Banda crater is thought to be one of the largest meteorite craters in the world. 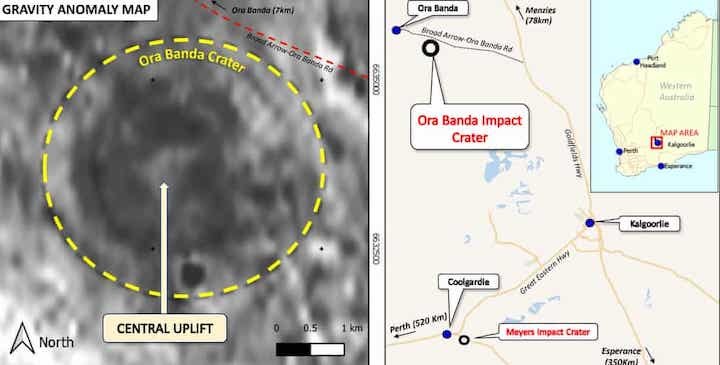 The meteorite crater was found near the Goldfields mining town of Ora Banda, north-west of Kalgoorlie-Boulder.Photograph: Supplied

Using modern techniques, such as gravity surveying, geologists were able to map out the crater and Meyers thinks their successful find will lead to more discoveries.

“There’s probably quite a few more out there,” he said. “We’ve probably been hit by more asteroids than we thought. If we start recognising more of these, then the landscape begins changing, and we have to ask ourselves what’s the frequency and why are they happening?”

Meyers said more discoveries could help scientists better predict when a meteorite may next strike Earth.

“If we can understand more of the geological history, we can predict when the next event will happen, or see when another rogue asteroid could hit us.”

Close inspections of drilling samples included telltale signs of a meteorite strike, including “shatter cones”, which are known to form in the bedrock below craters or underground nuclear explosions.

Meyers hypothesises the meteorite had to have been quite large in diameter to cause such an impact.

“To cause an impact of that size, the asteroid would’ve been approximately 100-200 metres in diameter, so it was a pretty big rock that came sailing into our planet. The ground was actually pushed down from the pressure, but then the Earth rebounded, almost like a spring. It bounced back up.”

The Yarrabubba crater, located near Meekatharra in WA’s mid-west, was found to be around 2.23 billion years old. That makes it over 200 million years older than the next oldest crater.