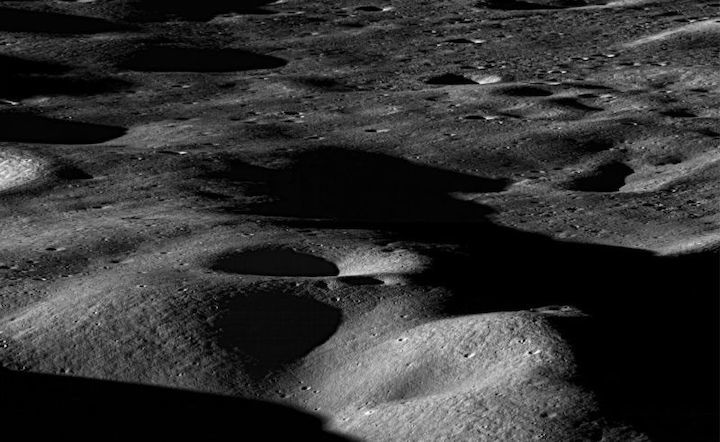 NASA revealed Monday that it needs an additional $1.6 billion in funding for fiscal year 2020 to stay on track for a human return to the Moon by 2024. The space agency's budget amendmentcomes in addition to the $21 billion the Trump administration asked Congress for in March.

In a teleconference with reporters on Monday evening, NASA Administrator Jim Bridenstine said the budget amendment was a "down payment" on what will be needed in future years to fund the program. "In the coming years, we will need additional funds," he said. "This is a good amount that gets us out of the gate." He and the other NASA officials on the call would not say how much that would be.

Two people familiar with NASA's internal deliberations say the agency has estimated that it needs as much as $6 billion to $8 billion a year for a lunar return by 2024. (Bridenstine has said the amounts will not be this high). These funds would be needed to design and build a lunar lander, accelerate the Space Launch System rocket so that it can perform three launches by then, design new spacesuits, build elements of the Lunar Gateway, and for related programs.

The revised plan from NASA calls for launching components of the small, space-station-like Lunar Gateway on commercial rockets by 2024. Those components include both a power and propulsion module and a small habitat module. Then, private rockets would stage elements of the lander at the Gateway. Finally, in 2024, a Space Launch System rocket would fly a crewed Orion to the lunar outpost, and (likely) two astronauts would descend from there to the surface and back.

"It requires everything that America has to offer to reach the end state," Bridenstine said of this plan that uses both the government's large SLS rocket and commercial boosters.

However, some aerospace officials questioned this approach, which so far has failed to win broad support in Congress. "I’m worried that, without proper Congressional buy-in, this budget amendment is, at best, a massive waste of time and, at worst, pushing risky political timelines that could set NASA back for years," said Phil Larson, who worked on space policy for the Obama White House. "What is needed instead is more innovative ways of doing business with the $20-plus billion in taxpayer dollars given to NASA each year. We knew this in 2009. And now it has been proven out in this administration and Congress."

Bridenstine noted that, 50 years ago, the human program to land on the Moon was named after Apollo, the son of Zeus and Leto. Because the return to the Moon will include women, Bridenstine said the new program would be named Artemis, after Apollo's twin sister.

"Our goal here is to build a program that gets us to the Moon as soon as possible that all of America can be proud of," he said. (NASA currently has a robotic mission named Artemis. Also, in mythology, Artemis killed Orion. We still like the name.)

Primarily, the budget amendment seeks to accelerate work on the lander, which will be needed to carry humans down to the surface of the Moon from the small Gateway to be built in lunar orbit. It provides $1 billion for initial development of a two- or three-stage lander that would include a "descent" module (to carry the crew down to the surface) and an "ascent" module on top of that (to blast the crew back toward lunar orbit).

The agency's chief of human spaceflight, Bill Gerstenmaier, said the additional funding now would allow the agency to begin awarding design and development contracts for the lander elements by September or October of this year. Critically, Gerstenmaier also said the lunar lander would be "integrated" by commercial industry, rather than by one or more NASA center. This should save both time and money.

The White House did not agree to ask for "new" money for the accelerated lunar landing program. Instead, the additional $1.6 billion will be derived from "offsets" in other areas of the federal budget. Bridenstine said during the call that he had not been briefed on what those budgetary offsets would be. However, three sources told Ars that, as of Monday, the White House plans to pay the additional $1.6 billion for the lunar program by cutting the Pell Grant Reserve Fund, which helps low-income students pay for college.

That seems likely to be a difficult sell in Congress, especially among Democrats. As Ars has previously reported, the House Appropriations subcommittee that sets NASA's budget is chaired by New York's José Serrano, who was born in Puerto Rico and has condemned the Trump administration for what he characterized as the president's efforts to "undermine" the island's recovery after Hurricane Maria in 2017. Asked if he had spoken with Serrano about the budget amendment yet, Bridenstine said he had a "call in" to the Congressman's office.

Several sources have indicated that Congress will have concerns both because of this amendment's potential to affect other domestic spending programs and because the 2024 date represents a political date—it would be the last year of Trump's second term were he to win re-election in 2020. Serrano said as much at a public hearing earlier this spring: "The perception by many is that what is being done, accelerated, is so that you can come in and excite the country a few months before something that's going to happen in November 2020."

Quelle: arsTechnica
Raumfahrt - NASA reveals funding needed for Moon program, says it will be named Artemis "It requires everything that America has to offer to reach the end state."
1593 Views
Created with page4