Speaking at an event, Sivan said that ISRO had already prepared a roadmap for the next 30 years. “Aditya-L1 is an important mission planned for 2021, to study the solar corona. 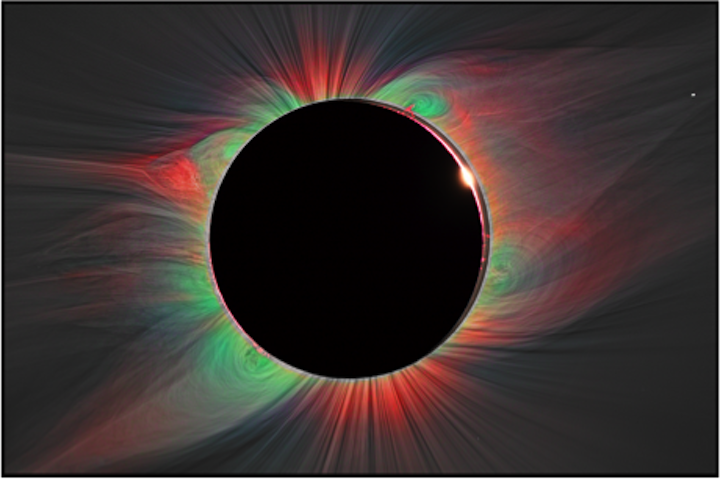 SRIHARIKOTA: Space Agency ISRO, which is gearing up for the ambitious Chandrayaan-2 this July, has loftier plans ahead. It’s planning to accomplish six other mega missions over the next 10 years, apart from Chandrayaan-2. Of these, only two have been defined — XPoSat and Aditya-L1 missions.

The four other undefined missions, which are in the planning stage, are: Mangalyaan-2, Venus mission, Lunar Polar Exploration and Exoworlds. The XPoSat, or the X-ray Polarimeter Satellite, is a dedicated mission to study polarisation. “It is scheduled for launch next year,” ISRO chairman K Sivan told Express.

Officials told Express that the payload was developed by Raman Research Institute. “The spacecraft will carry Polarimeter Instrument in X-rays (POLIX) payload which will study the degree and angle of polarisation of bright X-ray sources in the energy range 5-30 keV. The satellite has a mission life of five years.”

Speaking at an event, Sivan said that ISRO had already prepared a roadmap for the next 30 years. “Aditya-L1 is an important mission planned for 2021, to study the solar corona. The spacecraft will be placed in a halo orbit around the Sun-Earth Lagrangian point (L1), about 1.5 million km from the Earth,” he said. This will help understand how solar flares originate.

India’s much-delayed second moon mission, Chandrayaan-2, will be flight ready by this month end. ISRO on Friday declared that the spacecraft will be launched in July.

ISRO Chairman K Sivan said: “Orbiter, Rover and Lander are ready. Last phase of testing is going on. By this month end, we will be ready for launch. But, we have a window launch between July 9 and July 16, considering factors like eclipse and other aspects.”

To a query, he said India is landing in South polar region on Moon, which is an unexplored place. “We can expect some new things to emerge which would be useful for science research.”

He did not elaborate on payload specifics, but said they were meant to analyse the composition of atmosphere, lunar sub-surface and mapping. Chandrayaan-2 will carry 13 Indian payloads and one passive experiment from NASA.

Some of them include Large Area Soft X-ray Spectrometer (CLASS) from ISRO Satellite Centre (ISAC), Bengaluru and Solar X-ray Monitor (XSM) from Physical Research Laboratory (PRL), Ahmedabad, for mapping the major elements present on the lunar surface, L and S band Synthetic Aperture Radar (SAR) from Space Applications Centre (SAC), Ahmedabad for probing the first few tens of metres of the lunar surface for the presence of different constituents including water ice. SAR is expected to provide further evidence confirming the presence of water ice below the shadowed regions of the moon.

There will be Imaging IR Spectrometer for the mapping of lunar surface over a wide wavelength range for the study of minerals, water molecules and hydroxyl present.

Both instruments are expected to carry out elemental analysis of the lunar surface near the landing site.

IN A NUTSHELL
Chandrayaan-2 costs about `800-crore. It’d orbit around the moon and perform the objectives of remote-sensing the moon.

The payloads will collect scientific information on lunar topography, mineralogy, elemental abundance, lunar exosphere and signatures of hydroxyl and water-ice.

Timing of landing is crucial. When the Lander makes touch down on a pre-determined site on the moon’s surface, there should be sunlight. In a month, moon sees sunlight for 14 days only.

After that, the Lander will deploy a 6-wheel robotic Rover which will move around the site in semi-autonomous mode. The instruments on the rover will observe the lunar surface and send back data, which will be useful for analysis of the lunar soil.

Chandrayaan 2, India’s Lunar Mission which will feature India’s most powerful rocket - GSLV Mk 3 - to carry the orbiter, lander and rover, is the most anticipated project of this year. But ISRO has much more in store than the widely known Chandrayaan-2 and Gaganyaan manned mission.

Speaking to reporters on the sidelines of the Yuvika- Young Scientist Programme for school students at the Satish Dhawan Space Centre in Sriharikota Dr K Sivan, Chairman ISRO, said the agency is working on seven interplanetary missions in a decade. "The missions would include Mars Orbiter Mission 2, Chandrayaan 3, a mission to Venus, Exposat Planetary exploration, Aditya L1 among others," he said.

“There is a lot of interest in Venus and we have announced a lot of opportunities for the scientific community in India and abroad and around 20 payloads are coming”, Dr Sivan said. He also made a mention of a Mission Aditya L1 that could be launched in mid-2020 to study the Corona of the Sun, adding that it would help in understanding climate change.

While Aditya L1 and EXPO Sat mission are defined and okayed, the Mars Orbiter 2 and Chandrayaan 3 are in their planning stage. After planning it will be formed as a project and we will lead it, he said.

Responding to queries regarding Chandrayaan-2, he said that the agency is in the final stage of testing for the Orbiter, Lander, Rover and that they would be ready for launch by the end of May.

However, the launch is likely only in the first or second week of July due to an impending eclipse and other conditions, said the ISRO Chairman. This is a very important mission because we are landing at a place where nobody else has gone- near the South Pole of the moon and new date could emerge from this mission, he added.

Elaborating on the 13 payloads that the Chandrayaan -2 Mission would be carrying, he said, “Basically these payloads are looking at the composition of atmosphere, surface, mapping, sub-surface structure, Lunar surface composition etc.”