“We are pleased to be the first foundation to announce support of Beresheet 2 and invite you to join us in supporting this important project,” said Stan Polovets. 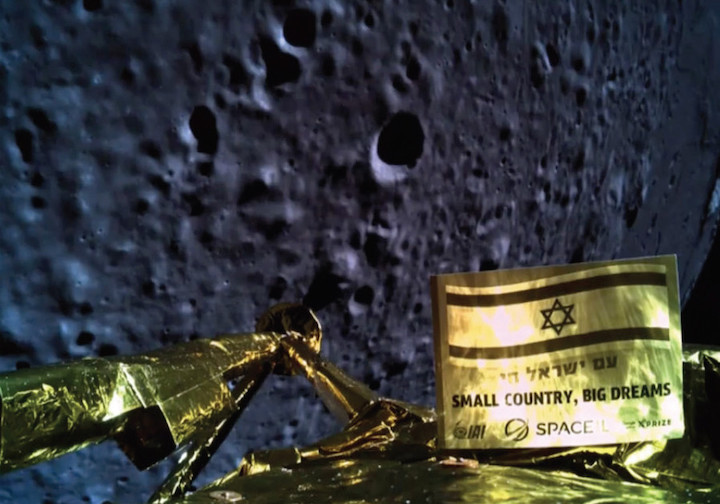 The Genesis Prize Foundation has announced that it will contribute $1 million toward a second attempt to land an Israeli spacecraft on the moon.

The announcement was made last Wednesday night, during an impassioned speech by SpaceIL chairman Morris Kahn at Israel’s annual Independence Day celebration performance.
The second undertaking to land a spacecraft on the moon has been named “Beresheet 2.”

“Our support of Beresheet 2 is exactly why we established our foundation: to inspire the Jewish people, to strengthen the bond between Israel and the Diaspora, and to instill a sense of pride in Israel’s achievements,” said Stan Polovets, co-founder and chairman of The Genesis Prize Foundation. “We are pleased to be the first foundation to announce support of Beresheet 2 and invite you to join us in supporting this important project.”

Kahn has been a long-time supporter of the Genesis Prize Foundation and other important Israeli initiatives. For example, he doubled the $1 million annual Genesis Prize award to $2 million, as part of the foundation’s Women Empowerment and Gender Equality grant initiative.

The Genesis Prize is a global award created to celebrate Jewish achievement and contribution to humanity. Since 2013, it has funded initiatives in Israel and the Jewish world that support social entrepreneurship based on Jewish values, inclusiveness of intermarried families in Jewish life, improving the lives of individuals with special needs, helping to alleviate the global refugee crisis and advancing women’s equality.