Virgin Orbit has put its satellite-launching system together for the first time.

"The team were carrying out the integration check of the rocket with Cosmic Girl to verify [that] mechanical, electrical, software and dynamics all work together for the first time," Branson wrote in a blog post today (Oct. 26). "It's an incredibly exciting moment for us, as Virgin Orbit's first test flights move ever closer." 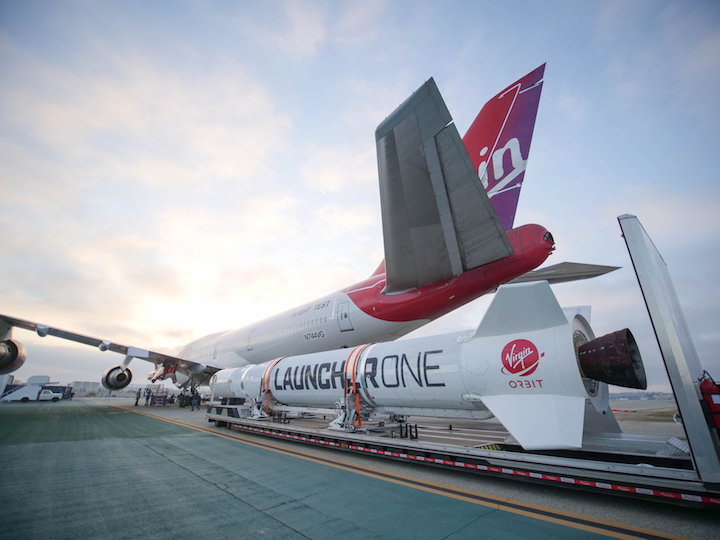 That test-flight campaign will begin with "captive carry" missions, in which LauncherOne will stay attached to Cosmic Girl from liftoff to landing. The next step will be drop tests, which will allow engineers to study the rocket-release mechanism and LauncherOne's flight through Earth's atmosphere, Virgin Orbit representatives said. 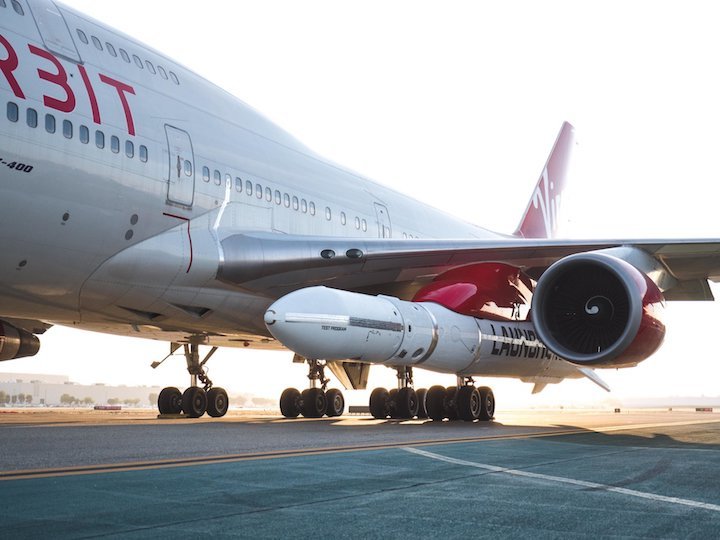 Branson anticipates moving through these milestones rather quickly; in today's blog post, he predicted that LauncherOne would reach orbit "early next year." (That orbital pioneer won't be the same rocket that linked up with Cosmic Girl this week, however; the latter booster's final flight will be a drop test, Virgin Orbit representatives said.)

The 70-foot-long (21 meters) LauncherOne can deliver satellites weighing up to 1,100 lbs. (500 kilograms) to a variety of low Earth orbits. Cosmic Girl will carry the booster to an altitude of about 35,000 feet (10,700 m), at which point LauncherOne will separate and make its own way to space. 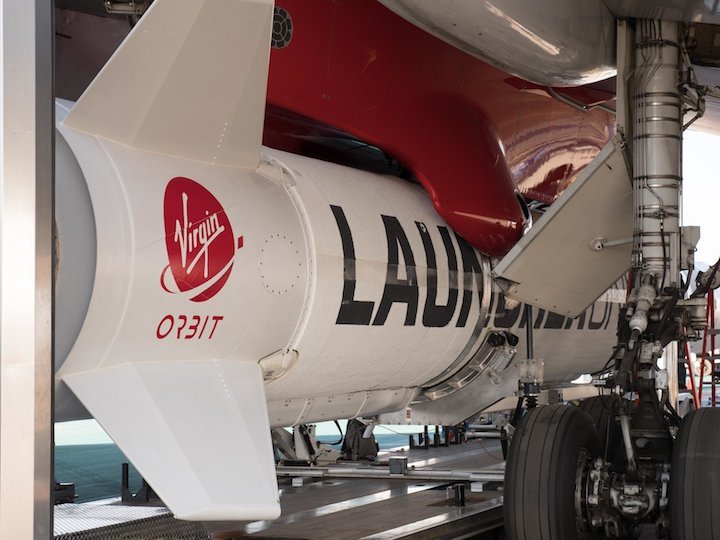 This air-launch strategy has the advantage of flexibility, Branson said.

Cosmic Girl "can fly thousands of miles in any direction at 24 hours' notice to deliver to the right orbit," Branson wrote in his blog post. "Currently, people have to wait between 18 and 24 months for manufacturing and a ground launch."

Rockets have launched in midair before. The Pegasus rocket, which was developed by Orbital Sciences Corp. (now part of Northrop Grumman), has more than 40 flights under its belt. And there are more to come. Pegasus will be used by Stratolaunch Systems, the satellite-lofting company established in 2011 by the late Paul Allen. 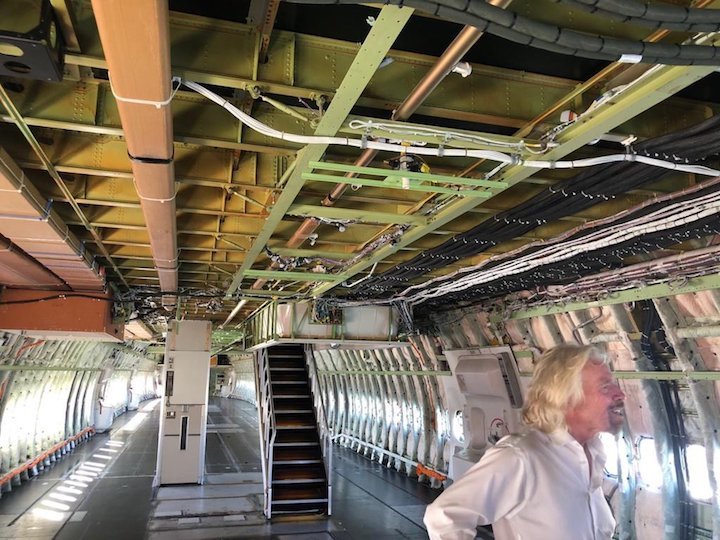 Virgin Orbit's sister company, Virgin Galactic, will launch from midair as well. Virgin Galactic's six-passenger spaceliner, SpaceShipTwo, will blast itself to suborbital space after being carried aloft by a plane known as WhiteKnightTwo.