Somewhere inside America’s sprawling space apparatus, a newly assembled team of NASA engineers has begun designing a spacecraft to return astronauts to the surface of the Moon. It would be humanity’s first visit since the glory days of the 1960s.

The Lander Study Group, as it’s called inside NASA, put its very first ideas on paper within the past few weeks—that's according to a NASA presentation seen by Popular Mechanics. What’s most exciting about this nascent work is that the new lunar lander won’t be a one-and-done like that of Apollo 11. This 21st century lander will make a round trip. 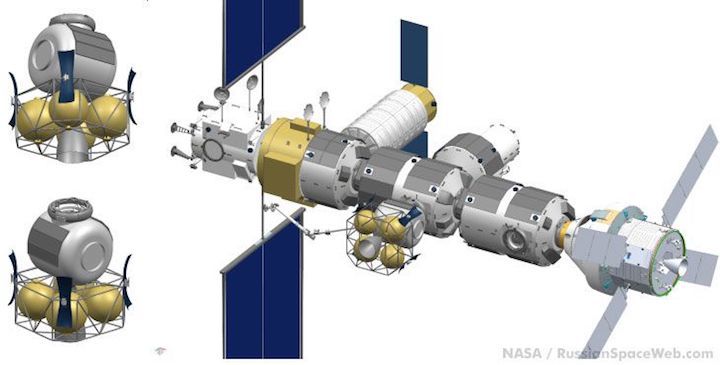 In this presentation, NASA’s engineering team declared its intention to design a reusable crew cabin for the lander that comes with its own propulsion system. This part of the ship is called the ascent stage, and it’s responsible for the return of the crew from the surface of the Moon back to the lunar orbit. (The descent stage is focused on getting astronauts to the Moon safely, and as with the Apollo program, this stage would be left behind).

WITH A REUSABLE LANDER, THE LUNAR GATEWAY SUDDENLY COULD BE MUCH MORE MULTI-DIMENSIONAL TO SCIENTISTS, ENGINEERS, AND SPACE NERDS ALIKE.

What makes the idea of a reusable lander possible is the fact that NASA and its international partners are already designing a small station for lunar orbit to be visited by crews at least once a year beginning in the mid-2020s. The idea is that the lunar lander would dock with this so-called Lunar Gateway and remain there while waiting for a fresh crew to arrive from Earth aboard NASA’s Orion spacecraft.

With a reusable lander, the Lunar Gateway suddenly could be much more multi-dimensional to scientists, engineers, and space nerds alike. Instead of simply working onboard the Gateway in the emptiness of space, a part of the Orion’s crew can board the lander and make a sortie onto the lunar surface.

Between Man and the Moon 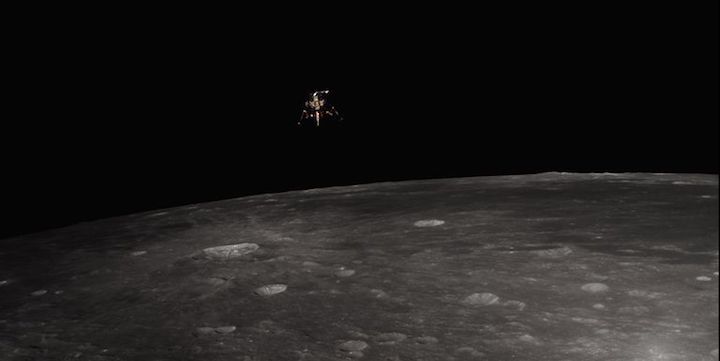 While the idea for a reusable lander makes logistical sense, some serious technical challenges stand in the way. For one, the Gateway will rest in a giant egg-shaped lunar orbit that, while good for some cases, is not the most convenient location for reaching the lunar surface in terms of gas mileage. That’s why the NASA team allocated a whopping 45 tons for the entire lander system, which is almost twice the Orion’s mass.

As a result, the expendable descent stage, which would arrive with each new Orion crew (as well as propellant for the ascent engine), could have a minimum size, while the space tug could be used for multiple ferry trips. Both potentially reusable components of the lander—the ascent stage and the space tug—could be refueled in the lunar orbit from a 22-ton tanker sent from Earth.

Return to the Moon, Take Two 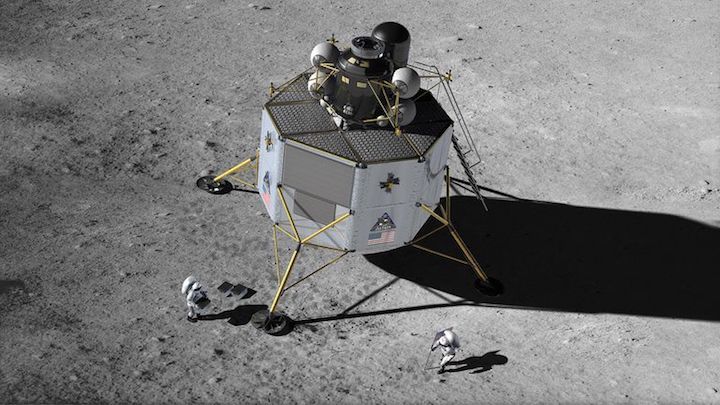 This reusable spacecraft is not the first lunar lander proposed since Apollo 11, the last crewed mission to the moon, returned in 1972. In the early 2000s, NASA drafted the impressive Altair lander for the Constellation program, President George W. Bush’s vision for returning to the moon and then going to Mars. NASA abandoned Altair when the project ran into financial and political problems. The Orion spacecraft was the main survivor from the now-cancelled Constellation program, but without the lander, the four-seat capsule could only orbit the Moon.

In the intervening years, various aerospace contractors in U.S., Europe, and Russia tinkered with various lander designs, mostly at their own expense and without government approval. The latest example was the lander proposal from the Lockheed Martin revealed earlier this month.

What’s different about this study, though, is its NASA endorsement, and that its design is initiated within a framework of a wider multinational effort. While it’s still uncertain who will foot the bill for humanity’s return trip to the Moon, several space agencies expressed optimism about their governments’ financial support.

Of course these early-stage plans could change during the years of planning and development. But the Lander Study Group’s reusable spacecraft is another compelling piece of evidence that humans are ready to go back to the Moon.