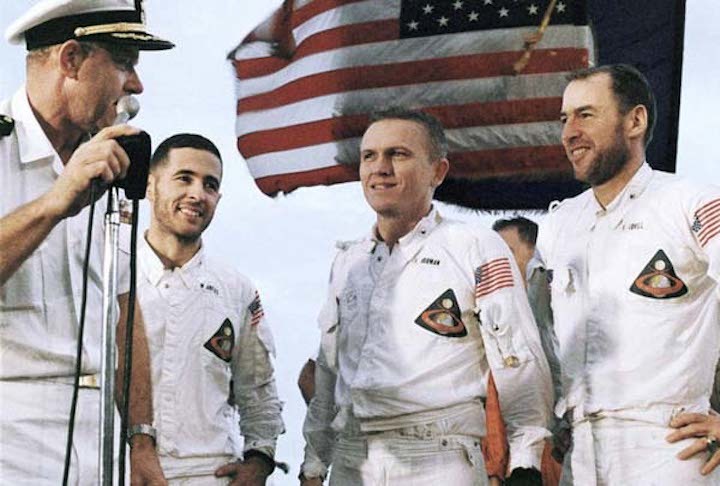 As NASA celebrates the 50th anniversary of manned Apollo flights leading to the first moon landing in July 1969, the number of astronauts from the program is slowly dwindling away.

Of the 29 men who flew in the Apollo lunar program, 15 are still alive while 14 others have passed away. When the Skylab and Apollo-Soyuz programs are included, there are 21 Apollo-era astronauts still with us while 17 have died.

Two of the surviving lunar astronauts — Frank Borman and James Lovell — are 90 years old; the rest of them are in their 80’s. Edward Gibson, who flew during the Skylab 4 mission, is the youngest at 81.

Walt Cunningham, 86, is the lone astronaut surviving astronaut from Apollo 7, the first manned flight of the program. The capsule from that successful 11-day Earth orbit test of the command service module splashed down 50 years ago on Monday, Oct. 22.

The Apollo 8 and Apollo 9 crews are the only crews with all three members still alive. Apollo 8 astronaut William Anders turned 85 last Wednesday.

The crews of Apollo 12 and Apollo 14 have passed away. The crew of Apollo 1 — Virgil “Gus Grissom, Edward White II and Roger Chaffee — died when a fire swept though their Apollo 1 capsule during a ground test in January 1967.

The table below shows the status of Apollo, Skylab and Apollo-Soyuz crews.