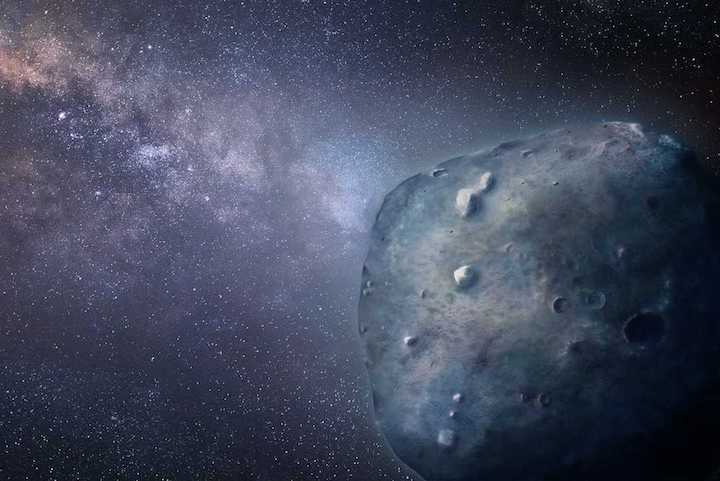 Blue asteroids make up only a fraction of all known asteroids, according to Teddy Kareta, a graduate student at the University of Arizona. Most asteroids are dull grey to red, depending on the type of material on their surface, he said.

In addition to its odd color, Phaethon is also unusual in that it has qualities of both a comet and an asteroid.

Astronomers first discovered Phaethon in 1983, and they assumed the object "probably was a dead, burnt-out comet," said Kareta, "but comets are typically red in color, and not blue. So, even though Phaeton's highly eccentric orbit should scream 'dead comet,' it's hard to say whether Phaethon is more like an asteroid or more like a dead comet," he said in a statement.

On Dec. 16, 2017, the asteroid Phaethon made its closest approach to Earth since 1974, passing within 6.4 million miles, according to Space.com. This gave astronomers around the world a chance to learn more about what the object is and where it came from.

Phaethon's comet-like highly elliptical orbit around the sun gives credence to this hypothesis, NASA reports. "However, scientists are not certain how to define Phaethon. When Phaethon passes by the sun it does not develop a cometary tail, and its spectra looks like a rocky asteroid."

Scientists had also thought Phaethon had broken off from another asteroid, Pallus, but its reflectivity suggests otherwise, Kareta said. It's also equally blue around, which means it was somehow evenly "cooked" by the sun's heat.

Findings from this new research will come in handy for scientists with the Japan Aerospace Exploration Agency, which is currently planning a mission to Phaethon in 2022, Space.com said.

Kareta made the announcement Tuesday at the annual meeting of the American Astronomical Society's Division for Planetary Sciences in Knoxville, Tennessee.