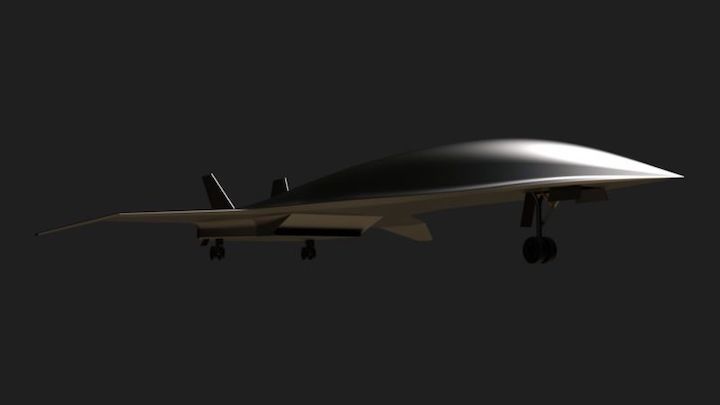 Hermeus concept for a Mach 5 aircraft

A new aerospace company has entered the race to provide supersonic commercial air travel. On Monday, a US-based company named Hermeus announced plans to develop an aircraft that will travel at speeds of up to Mach 5. Such an aircraft would cut travel time from New York to Paris from more than 7 hours to 1.5 hours.

Hermeus said it has raised an initial round of funding led by Khosla Ventures, but it declined to specify the amount. This funding will allow Hermeus to develop a propulsion demonstrator and other initial technologies needed to make its supersonic aircraft a reality, Skyler Shuford, the company's chief operating officer, told Ars.

The announcement follows three years after another company, Boom Supersonic, declared its own intentions to develop faster-than-sound aircraft. As of January 2019, Boom had raised more than $140 million toward development of its Overture airliner, envisioned to travel at Mach 2.2, which is about 10 percent faster than the Concorde traveled.

Officials with Boom Supersonic have said its planes could be ready for commercial service in the mid-2020s, and they added that Virgin Group and Japan Airlines have preordered a combined 30 airplanes.

The type of vehicle Hermeus seeks to develop will travel considerably faster, but Shuford said it will rely mostly on existing technology and materials. "We aren't getting into anything too miraculous," Shuford said. "We want to do engineering, not science."

Primary materials will include titanium, and the propulsion system will be powered by a turbine-based, combined-cycle engine. Over the next five years, the company plans to work toward a demonstrator vehicle that travels at Mach 5, before developing aircraft for commercial service eight to 10 years from now, Shuford said.

The company boasts founders who are alumni of SpaceX and Blue Origin, and all four of the principal founders came from Generation Orbit, a company that developed a hypersonic rocket plane and other new space technologies. Hermeus also has a notable board of advisors, including former Blue Origin president Rob Meyerson and former Federal Aviation Administration official George Nield.

Civilian supersonic service has a checkered record. The Soviet Tupolev supersonic aircraft flew just a few dozen commercial flights back in 1977, and the Concorde, flown by British Airways and Air France beginning in 1976, retired in 2003 after a fatal accident three years earlier that compounded economic problems.

Shuford credited the resurgence of interest in faster commercial air travel to two factors. The rise of companies like SpaceX, Blue Origin, Rocket Lab, and Relativity have convinced investors that aerospace can provide long-term financial returns. And the technology today is more mature, and there is better availability of needed materials such as titanium.

Luftfahrt - Hermeus announces plan to build the fastest aircraft in the world "We want to do engineering, not science."
« Zum vorherigen Eintrag Zum nächsten Eintrag »
2079 Views
Created with page4