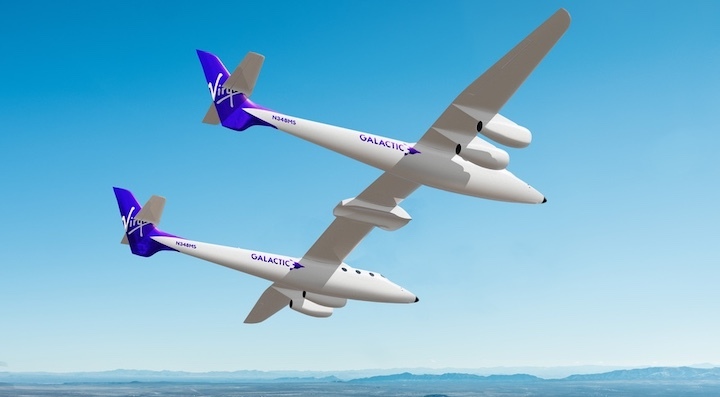 WASHINGTON — Virgin Galactic announced July 6 it signed an agreement with a Boeing subsidiary to build two new aircraft that will be used as launch platforms for its next-generation suborbital spaceplanes.

Virgin Galactic said Aurora Flight Sciences will build two carrier aircraft, or motherships, that will succeed the original WhiteKnightTwo aircraft, called VMS Eve, that it has used for carrying SpaceShipTwo vehicles aloft on suborbital spaceflights. The companies did not disclose the value of the contract, but according to a filing with the U.S. Securities and Exchange Commission, the contract includes a mix of fixed-price and time-and-materials task orders, with incentives to Aurora if it completes the planes on time, under budget or with improved performance.

Aurora will manufacture components of the aircraft at its factories in Columbus, Mississippi, and Bridgeport, West Virginia. Final assembly of the planes will take place at Virgin’s production facility in Mojave, California. The first plane is scheduled to enter service in 2025, but the companies did not disclose when the second plane will be completed. The contract also includes delivery of a static test article that Virgin Galactic can use for structural integrity analyses without taking the planes out of service, according to the SEC filing.

Virgin Galactic released few technical details about the new planes. The company described them as being easier to maintain than WhiteKnightTwo, which was built by Scaled Composites and started flying in 2008. That plane is currently in an extended maintenance period in Mojave for repairs and other upgrades that company officials previously said will improve its reliability and increase its flight rate.

“Our next-generation motherships are integral to scaling our operations. They will be faster to produce, easier to maintain and will allow us to fly substantially more missions each year,” Michael Colglazier, chief executive of Virgin Galactic, said in a statement. The company said each plane will be designed to support up to 200 launches a year.

Aurora Flight Sciences, based in Manassas, Virginia, was founded in 1989 and was acquired by Boeing in 2017. While the company is best known for its work on remotely piloted aircraft and urban air mobility, it also produces components for drones, helicopters and business jets.

“Aurora’s decades of experience in aircraft design, composite manufacturing and vehicle integration, coupled with our world-class engineers and manufacturing technicians, enables us to provide the unique expertise and capabilities necessary to complete these next-generation aircraft,” Per Beith, president and chief executive of Aurora Flight Sciences, said in the statement about the deal.

The first of the two planes will be ready around the time Virgin Galactic plans to introduce its new Delta-class suborbital vehicles. As with the new aircraft, the company plans to work with what it called “tier one” aerospace manufacturers to produce the Delta-class spaceplanes, with final assembly at a Virgin Galactic facility. The company has not yet disclosed who will build those vehicles or the location of that final assembly facility.

Both VMS Eve, the WhiteKnightTwo plane, and VSS Unity, the SpaceShipTwo spaceplane, remain in Mojave for extended maintenance. Virgin Galactic said those vehicles will return to commercial service in the first quarter of 2023, the same timeline it provided in its quarterly earnings release May 5. Before that release the company had planned to resume commercial suborbital flights before the end of 2022. 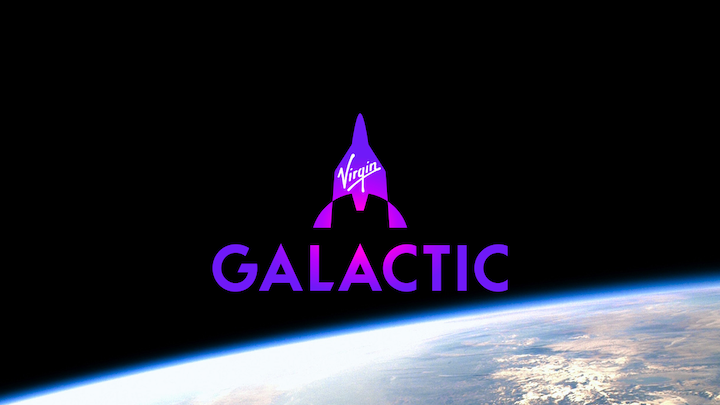 Agreement with Aurora Flight Sciences to Deliver Two Vehicles, Each Designed to Fly Up To 200 Launches Per Year

TUSTIN, Calif.--(BUSINESS WIRE)-- Virgin Galactic (NYSE: SPCE) (the “Company” or “Virgin Galactic”), an aerospace and space travel company, today announced an agreement with Aurora Flight Sciences (“Aurora”), a Boeing company, to partner in the design and manufacturing of the Company’s next generation motherships. The mothership is the air launch carrier aircraft in Virgin Galactic’s space flight system, that carries the spaceship to its release altitude of approximately 50,000 feet.

Headquartered in Virginia, Aurora brings more than 30 years of experience building cutting-edge aircraft from concept to delivery and specializes in novel aircraft configurations and complex composites. Virgin Galactic has been working with Aurora for the past several months to develop design specifications as well as workforce and resource requirements in preparation for this long-term project. The two-vehicle contract announced today will enable Aurora to immediately begin development.

Virgin Galactic Chief Executive Officer Michael Colglazier said: “Our next generation motherships are integral to scaling our operations. They will be faster to produce, easier to maintain and will allow us to fly substantially more missions each year. Supported by the scale and strength of Boeing, Aurora is the ideal manufacturing partner for us as we build our fleet to support 400 flights per year at Spaceport America.”

Aurora plans to manufacture the aircraft at its Columbus, Mississippi and Bridgeport, West Virginia facilities. Final assembly of the motherships will be completed at the Virgin Galactic facility in Mojave, California.

“With Aurora, we are accessing the best of the nationwide aerospace ecosystem,” said Swami Iyer, President of Aerospace Systems. “As a subsidiary of the world’s largest aerospace company, Aurora has some of the industry’s top engineers and manufacturing facilities.”

“This partnership between Aurora and Virgin Galactic brings together teams that share a passion for aerospace, innovation, and exploration,” said Per Beith, Aurora President and CEO. “Aurora's decades of experience in aircraft design, composite manufacturing, and vehicle integration, coupled with our world-class engineers and manufacturing technicians, enables us to provide the unique expertise and capabilities necessary to complete these next generation aircraft. We're thrilled to have this opportunity to support Virgin Galactic’s mission to pioneer space travel.”