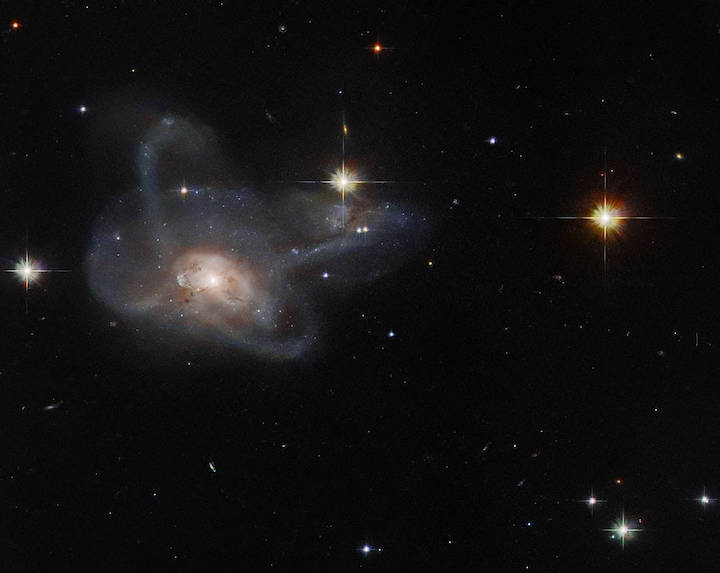 This NASA/ESA Hubble Space Telescope observation has captured the galaxy CGCG 396-2, an unusual multi-armed galaxy merger which lies around 520 million light-years from Earth in the constellation Orion.

This observation is a gem from the Galaxy Zoo project, a citizen science project involving hundreds of thousands of volunteers from around the world who classified galaxies to help scientists solve a problem of astronomical proportions: how to sort through the vast amounts of data generated by telescopes. A public vote selected the most astronomically intriguing objects for follow-up observations with Hubble. CGCG 396-2 is one such object, imaged here by Hubble’s Advanced Camera for Surveys.