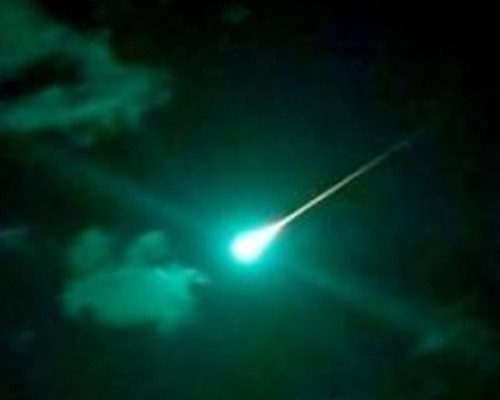 China has successively discovered the meteorite irons at a weight of 28 tonnes, 23 tonnes, 18 tonnes, five tonnes and 0.43 tonnes in Altay. The massive Altay irons were found to comprise the longest known strewn field of about 430 kilometers.

Researchers with the Purple Mountain Observatory of the Chinese Academy of Sciences cooperated with their counterparts from Sun Yat-sen University, Macau University of Science and Technology and the University of Arizona to develop explanations of how the meteorites were formed through methods of rock mineralogy, geochemistry and numerical simulation.

Their numerical modeling shows that an asteroid weighing 280 to 3,440 tonnes is hurtled into the Earth's atmosphere at 12 to 15 kilometers per second with a shallow entry angle of about 6.5 to 7.3 degrees.

The stone skipping-like process explains the forming of the asteroid trajectory, which may lead to the dissipation of energy during its extremely long-distance flight, according to a recent research article published in the journal Science Advances.

The research established a dynamic model of near-earth asteroids entering the Earth's atmosphere.