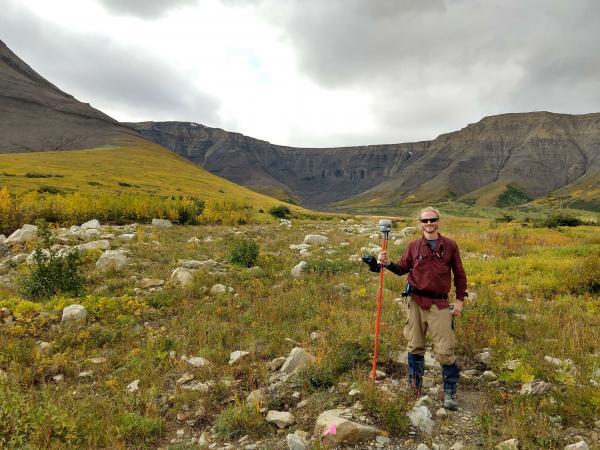 Two papers on which Planetary Science Institute Research Scientist Alexander Morgan is an author help explain what happened to water on Mars.

“Together, these papers describe how Mars had liquid water in the form of rivers for a prolonged period, from about 3.6 to at least about 2.5 billion years ago. We don't believe Mars was wet for this entire period, however. Conditions that permitted liquid water may have been episodic, perhaps driven by changes in Mars' movements – such as axial tilt, orbital eccentricity or precession – or volcanic activity,” Morgan said.

“We've known for decades that Mars had rivers and lakes around 3.5 billion years ago, but in the past few years there has been a growing body of evidence that substantial amounts of liquid water continued to erode the Martian surface for hundreds of millions of years,” said Morgan, lead author on "The global distribution and morphologic characteristics of fan-shaped sedimentary landforms on Mars" that appears in Icarus. “Water-formed landforms, such as river deltas and alluvial fans, are the most unambiguous markers of past climate. So we conducted a global survey for these features and explored patterns in their distribution and morphologic properties.”

This fan landform database was further used to explore changes in Mars climate through time, as reported in “Changing spatial distribution of water flow charts major change in Mars’ greenhouse effect” that appears in Science Advances. “We used a climate model to examine what the climate was like during these two eras of Mars' early history and compared model results to the distribution of valley networks, which date to the earlier era, and alluvial fans, which date to the later era. We found that even though Mars cooled over time, from globally average temperatures of at least 25 degrees Fahrenheit to about 5 degrees Fahrenheit, liquid water continued to be stable in select areas,” Morgan said. Edwin S. Kite of the University of Chicago is lead author on the paper.

Alluvial fans are fan-shaped landforms that form when a river deposits sediment at the base of a mountain front. These are very prominent features in the southwestern United States, and much of Los Angeles, Las Vegas, and Phoenix are built on top of alluvial fans. Alluvial fans have also been identified on the surfaces of Mars and Saturn’s moon Titan. Many Martian alluvial fans are massive, up to 40 kilometers (25 miles) long, and their formation required prodigious amounts of flowing liquid water. What is particularly interesting about the Martian fans is that many formed much later than the valley networks, which have long been considered the strongest evidence for surface water on early Mars. Valley networks largely date to around 3.6 billion years ago, but alluvial fans date to 2.5 to 3 billion years ago. That's still very ancient – Earth 2.5 billion years ago did not yet have multicellular life – but it drastically lengthens the era of stable liquid water, and thus potential habitability, on Mars.

Morgan's work on these papers was funded by the Smithsonian Institution and NASA Solar Systems Workings program grants 80NSSC19K0539 and 80NSSC21K0184.