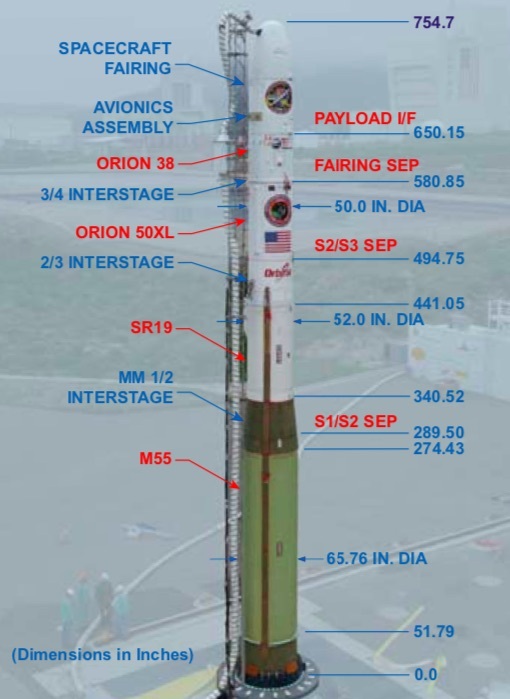 An odd rumble and an orange glow against a night sky apparently signaled a missile test flop that sparked a fire at Vandenberg Space Force Base late Wednesday.

Despite a news release saying the Minotaur II+ test would take place Thursday morning from the northern section of the base, the launch occurred the night before, at 11:01 p.m.

More than an hour after liftoff, Vandenberg officials confirmed the booster had exploded approximately 11 seconds after launching from Test Pad 01.

There were no injuries in the explosion and the debris was contained to the immediate vicinity of the launch pad, Vandenberg officials said in a statement released early Thursday.

“We always have emergency response teams on standby prior to every launch,” said Space Force Col. Kris Barcomb, vice commander of Space Launch Delta 30 and the launch decision authority for the Minotaur launch.

“Safety is our priority at all times.”

An investigative review board has been established to determine the cause of the explosion, Vandenberg officials said.

Area residents took to social media to air their concerns after the apparent anomaly upon liftoff led to a glow and reports of a fire.

Emergency dispatchers for the California Highway Patrol and other agencies received several reports about a heavy smell of smoke from residents in the Lompoc and Santa Maria valleys, but crews in the field said they suspected it was from Vandenberg.

The post-launch news release did not mention any fire, but Vandenberg officials sent a second release two hours after the launch confirming that the Vandenberg Fire Department had responded to a blaze linked to the launch.

“The fire is producing smoke but not immediate danger to the rest of base,” the statement said.

Off-base fire agencies were dispatched to the base fire at approximately 1:30 a.m.

Officials did not provide a size estimate for the Minotaur Fire as of 8 a.m. Thursday.

Reached by phone, Vandenberg Public Affairs Office Chief Robin Ghormley told Noozhawk she could not explain why the launch occurred Wednesday night when an announcement her office sent out eight hours earlier said it would occur Thursday morning.

However, the headline announced “planned for Thursday” and the first paragraph says “is scheduled for the morning of July 7 from north Vandenberg.”

It’s not clear if military officials failed to account for the one-hour time difference between California and the home of the Air Force Nuclear Weapons Center at Kirtland Air Force Base in New Mexico.

The test involved the program for the Mark21A Reentry Vehicle, or Mk21A, which rode aboard the Minotaur+ booster.

As part of the that effort, the military and defense contractors have been working to modify the existing Mk21 re-entry vehicle, typically a cone-shaped device that sits inside a missile’s nosecone. Re-entry vehicles would carry a warhead for the final leg of a trip toward the target.

The program seeks to tweak the older Mk21 re-entry vehicle with the capability to deliver the W87-1 warhead for Sentinel.

That Sentinel weapon system would replace the fleet of aging Minuteman III ICBMssitting on alert around Malmstrom Air Force Base near Great Falls, Montana; Minot Air Force Base outside Minot, North Dakota; and F.E. Warren Air Force Base in Cheyenne, Wyoming.

Wednesday’s launch occurred from Vandenberg’s most northern coastline. The launch pad is just over a hill separating the base from Casmalia, where a 1990s missile test failure led to a fire that threatened the tiny community of under 150 residents.