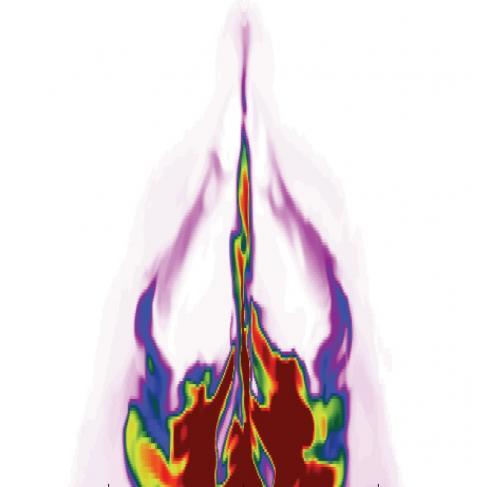 The raw material from which our Solar System was constructed was dispersed when the shock wave from an exploding supernova injected material into a cloud of dust and gas, causing it to collapse in on itself. In the aftermath of this event, most of the injected matter was gravitationally drawn into the center of the whirlwind, where the intense buildup of pressure enabled nuclear fusion to commence, and the Sun was born. The young star was surrounded by a rotating disk of the remaining gas and dust, from which the planets and other Solar System bodies—some of which eventually broke up to form asteroids and meteorites—coalesced.

“The mystery arises from studying the isotopic composition of meteorites, which can be used as a laboratory to test theories of Solar System formation and evolution,” Boss explains.

Added Boss: “Because we know exactly how long this process takes for different radioactive isotopes, measuring the amount of daughter products in meteorites can tell us when, and possibly how, they formed.”

For example, the iron isotope with an atomic weight of 60 is only produced in significant amounts by a supernova explosion and it takes 2.6 million years for half of the atoms to decay—its so-called “half-life”—to its daughter isotope, nickel-60. So, when significant quantities of nickel-60 are found in primitive meteorites called carbonaceous chondrites, this tells researchers that the raw material from which the chondrite was constructed contained the remnants of a supernova explosion that occurred just a couple million years prior to its formation.

The chondrite record can be used to confirm the supernova origin story for our Solar System. But other, less-primitive, non-carbonaceous meteorites lack this iron-60 composition, which means that the material from which they formed did not originate in a stellar explosion. So, where did it come from?

“No physical explanation has been offered for this dramatic change.” Boss said.

He has been honing sophisticated models of our Solar System’s formation for several decades and was one of the originators of the supernova injection origin story. By extending the time period reflected in his simulations, he was able to show that after triggering the collapse that supplied the chondrites with iron-60, the supernova’s shock front sweeps away the interstellar dust beyond the resulting disk and accelerates the resulting protostar to a speed of several kilometers per second. This is sufficient to drive the young Sun to encounter a new patch of interstellar material that is depleted in iron-60 and other supernova-generated isotopes within a million years.

“After having worked on the problem of supernova triggering and injection since the mid-90s, it was amazing to finally be able to link this model to the meteoric evidence,” Boss concluded. “It wraps this tale up with a neat bow.”

The left panel shows a cross section through the dense cloud core (orange) that is about to be struck by a supernova shock wave (dark green) moving downward at 40 km/sec. The ambient molecular cloud gas and dust (yellow and light green) surrounding the cloud core on the left is swept away by the shock front, as shown on the right after 63,000 years, when the cloud core has been crushed by the shock front into forming the proto-Sun and protoplanetary disk on a much smaller scale than can be depicted here. The box is about 1/3 of a parsec in length. Courtesy: Alan Boss.