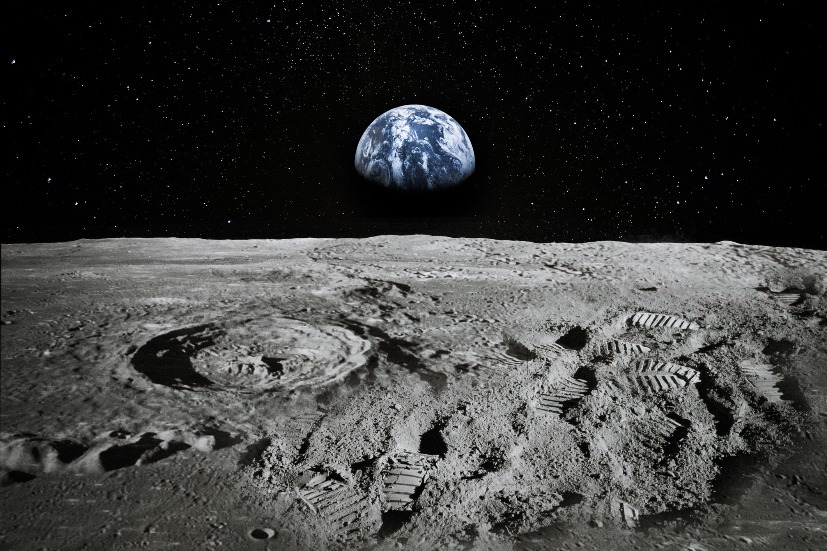 Chinese scientists have published a study that helps to explain an anomaly in the composition of the Moon's biggest crater -- the South Pole-Aitken Basin -- identifying the abnormal materials there as originating from the lunar crust.

The study was conducted by a Chinese research team studying planetary sciences at Shandong University, and was published in the Astrophysical Journal Letters. It was based on data collected by China's Chang'e-4 probe, which was launched on Dec. 8, 2018, later landing within the basin.

In analysing part of the basin that features the anomaly, the scientists found that it contains an unexpectedly high amount of material normally found on the lunar crust, alongside the materials normally found below the surface, in the area known at the mantel. The crustal material may have remained behind after the original impact that formed the basin, or it may have arrived there as the result of other impacts on the Moon, said the paper.

The scientists developed a mineral abundance model showing the relationship between the Moon's main components: plagioclase, pyroxene and olivine. According to the model, the Moon's upper layer consists of a lunar crust formed of plagioclase, beneath which is a mantel area composed of the heavier pyroxene and olivine. The existence of plagioclase can therefore be used to distinguish between crust-derived rocks from mantle-derived rocks.

The research team found that the abundance of plagioclase in the area featuring the anomaly is higher than the average amount produced by the basin impact, indicating the presence of crustal materials.

"These analyses highlight the significance of plagioclase and crustal materials in mineralogical investigations and future explorations of the SPA basin (and the Moon)," the paper said.

On Jan. 3, 2019, the Chang'e-4 probe landed in the Von Karman Crater, which is located within the South Pole-Aitken Basin, and subsequently gathered scientific data on the area. The probe's lander and rover have now been switched to dormant mode for the lunar night after working stably for a 44th lunar day.

The South Pole-Aitken Basin is the largest, deepest and oldest crater on the Moon. Studies of the basin are of great significance in revealing the origin of lunar asymmetry, impact process, early evolution and deep material composition.