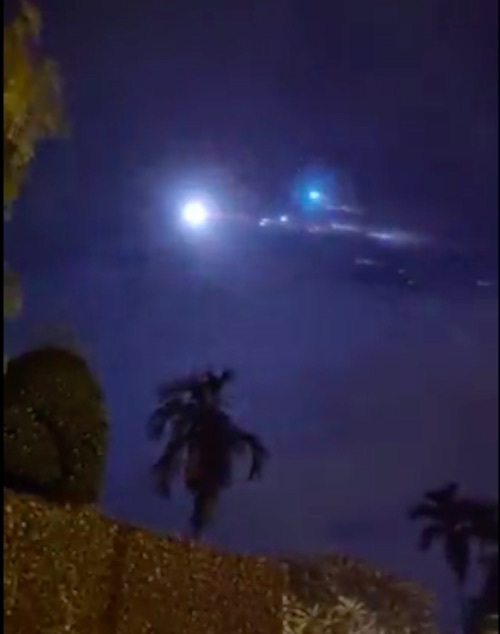 Debris suspected to be from a Chinese booster rocket that made an uncontrolled return to Earth on Saturday has reportedly been found metres from villages in Malaysia and Indonesia.

A charred ring of metal about five metres in diameter was found on Sunday in Kalimantan, Indonesia, according to a Malaysian news outlet. Jonathan McDowell, an astrophysicist at the Harvard-Smithsonian Center for Astrophysics, said the metal appeared to be the exact size of the Chinese rocket’s core stage.

“It looks like the end cap of a rocket stage propellant tank,” he said. “There’s no doubt in my mind that it’s from the rocket … it’s in the right place at the right time and looks like it is from the right kind of rocket.”

The uncrewed Long March 5B rocket carried the second of three modules to complete the Tiangong space station. Earlier in the week, China said it would closely track the debris and that it posed little risk.

On Saturday the Nasa administrator, Bill Nelson, also chided China for not sharing information on the rocket’s descent, labelling it irresponsible and risky. “All spacefaring nations should follow established best practices, and do their part to share this type of information in advance to allow reliable predictions of potential debris impact risk, especially for heavy-lift vehicles like the Long March 5B, which carry a significant risk of loss of life and property.”

The warning came two years after fragments of a Chinese Long March 5B damaged several buildings in Ivory Coast. There were no injuries reported.

On Sunday, local media reports said two families were evacuated from their homes in Sarawak, Malaysia due to radioactivity concerns after a piece of debris suspected to be from the Tiangong rocket was found nearby.

The report showed a piece of metal wedged half a metre in the ground. Malaysia’s space agency and atomic energy licensing board were investigating the incident alongside local police.

McDowell said it was difficult to tell from the quality of the photo whether the image was of debris from the rocket, but he was confident that several parts landed near the Indonesia and Malaysian border given there had been numerous local media reports of people finding suspicious metal objects.

The discovery was made one day after people in Sarawak posted images ofdebris lighting up the night sky as it re-entered Earth’s atmosphere. “At first we thought it was a shooting star,” said Aizul Sidek, who captured footage with his smartphone in Kuching, Sarawak.

Another resident told local media he was caught by surprise at about 12.40am by a thunderous noise and a tremor that shook his house.

McDowell said most spacefaring nations designed rockets to avoid uncontrolled re-entry. There was no international law requiring this, he said, but avoiding the risk became an imperative after chunks of Nasa’s Skylab space station fell from orbit in 1979 and landed in outback Australia.

He said that of the six biggest uncontrolled re-entries of the space age, three were recent Chinese rockets.

“It really shows you that they stand out as different from what other countries are doing nowadays … we realised in the 70s that letting 20-30 tonne things [re-enter uncontrolled] was a bad idea.

“In the 60 years of the space age there has been damage from rockets but no actual casualties. We want to keep it that way,” McDowell said. “China is becoming one of the leading space powers and so we have to find a way to bring them into the family of space nations and hopefully encourage them to adopt these norms.”