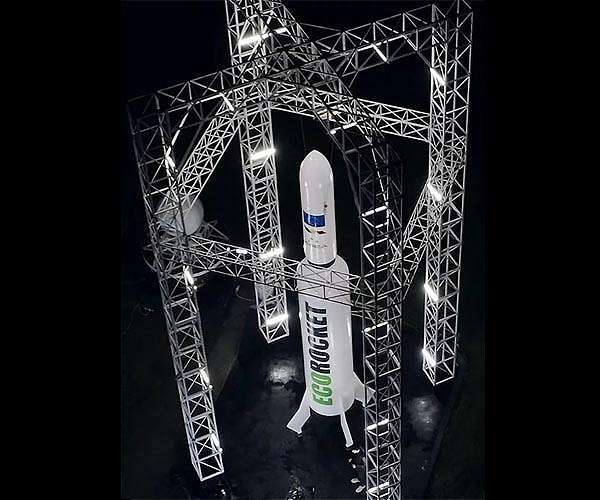 The Asteroid Mining Program (AMi) is a ten-year program that aims to unlock one of the largest sources of wealth in history, through profitable asteroid mining.

We are committed to launch the first asteroid mining mission in 2027 targeting 1,000 kg of platinum worth around $34 million. However, the Recovery Capsule return capacity is up to 2,500 kg worth $85 million.

Until 2031 we plan to return to Earth $1 billion worth of ore, and spend $100 million to tackle Earth's problems, like poverty, health, education, global warming, etc. Another big portion will be used to boost the AMi Exploration program's capabilities and stimulate humanity's expansion into the Solar System driven by economic rationale.

The asteroids are leftover material from the formation of the solar system. Some asteroids are flying close to Earth. These are called Near Earth Objects (NEO).

The asteroids could provide vast quantities of minerals. Typical precious metals could include gold, platinum, rhodium, iridium, silver, osmium, palladium, and tungsten. These metals are relatively evenly distributed throughout the asteroid body due to the celestial body low gravity.

Platinum-rich asteroids may contain grades of up to 100 grams per ton, 10-20 times higher than open pit platinum mines in South Africa. According to NASA, the minerals that lie in the belt of asteroids between Mars and Jupiter hold wealth equivalent to $100 million for every person on Earth.

How are we going to do it

ARCA develops the EcoRocket Heavy launcher and the AMi Cargo spaceship to allow this endeavour.

Before the fabrication of the EcoRocket Heavy, we developed the EcoRocket Demonstrator, aiming to demonstrate two main features: cost effectiveness and environment protection.

EcoRocket Heavy is a reusable, sea-launched, three stages, ecological, unprecedentedly low-cost rocket, able to launch 24 tons to orbit, that will be used by ARCA to launch the asteroid mining vehicles.

EcoRocket Heavy will use the EcoRocket Demonstrator's uprated first stage as a Propulsion Module, which is an individual rocket in itself. The Propulsion Modules, will be mass produced and strapped together to create a more capable structure, able to lift heavy payloads.

The problem with the development of a heavy launcher is mainly the difficulty to fabricate and operate large, lightweight structures. The infrastructure that is required to manipulate a fragile tank that is 10 m in diameter, tens of meters long and weights tens of tons is extremely demanding and expensive.

We decided therefore that the EcoRocket Heavy is going to be made of small structures easy to manipulate, test and transport with regular size tracks.

For this reason, EcoRocket Heavy has an unusual configuration as it is wider than taller.

The first stage is made of seven rows of 420 propulsion modules. The EcoRocket Heavy has a maximum diameter of 34.5 m, a height of 28 m and an empty weight of 188 t.

With a total launch mass, including the payload, of 5,680 tons, and 12,600 tons-force, EcoRocket Heavy is the heaviest and has the highest thrust at start compared to any other vehicle ever built. It also promises the lowest cost/kg ever recorded, at $208/kg

AMi Cargo
The AMi Cargo is a composite materials, 20 metric tons vehicle that will be used for reconnaissance missions to identify potential mining targets and for actual asteroid mining operations.

The main propellant tank will house 17 tons of water used as propellant.

There are 384 m2 of solar panels generating 60 kW, distributed on eight surfaces that are articulated on an axis with the ship's body. The electricity is used to power the Cargo's arc-electric engine.

The AMi Cargo will be lifted to orbit by the EcoRocket Heavy.

The third stage will separate from the second stage at 60 km, and it will start performing a pitch and yaw maneuver alignment for orbit injection, using the onboard RCSs.

After the alignment, the third stage will then start its engines, which will run for a total of 185 s, increasing the vehicle's speed to 28,500 km/h and an altitude of 160 km.

After the third stage's engines cut-off, the AMi Cargo will separate from the rocket.

After the first and second stages complete their flight, they will descend under their small drogue parachutes and using the allocated propulsion modules for a short 6 seconds duration brake before splashing-down in the sea, close to the launch point from where they will be towed by the two tugs to the harbor. The first two stages will then be inspected and prepared for their next flight.

Once in circular LEO, at an altitude of 160 km, the AMi Cargo will fire its engine for 34 days and elevate its orbit in spiral flight to a maximum altitude of around 500,000 km. At the end of this maneuver the AMi Cargo will get a potential energy equivalent with a ?v of 3.5 km/s and the escape conditions would have been met.

Considered an interception point at 7 million km distance from Earth, the AMi Cargo will fire its engine for another 7 days to establish the target intercept trajectory and gain an extra ?v of 1.4 km/s.

After this second flight sequence the engine will shut down and the AMi Cargo will fly inertially for around 58 days, approaching the asteroid from behind.

Once in the asteroid proximity, with around 5 days before target reach, the vehicle will change its flight attitude and fire its engine to allow it to brake and fly in formation with the asteroid at a distance of around 10 km.

The vehicle will rotate again with the nose towards the asteroid. After this maneuver, the Recoverable Capsule will detach from the AMi Cargo and fire its Service Module main engine to reach the asteroid.

Once at a distance of around 100 m from the asteroid surface, small RCS maneuvers will allow the capsule to softly attach itself to the asteroid via six legs from its top end, and by firing a harpoon to the asteroid.

A drill will be deployed from the top of the capsule and it will scrap the surface. There will be a diameter of 4 m between the legs and the available diameter for digging will be 3 m for a depth up to 6 m. This means that a maximum of 42.4 m3 of excavated material will be available for processing. Assuming an average density of 5,320 kg/m3 for M type asteroids, there will be 225.6 tons of material available for processing. Assuming a grade of 100 g of platinum/ton of material, there will be 22.6 kg of available platinum to grab/one excavation.

The entire mining operation is done with the energy stored inside the batteries from the service module, totalling 10MW.

This is a preliminary approach and the team will conduct extensive consultations with mining specialists to implement a method as efficient as possible.

Once the capsule will be fully loaded with ore, will return to the AMi Cargo. The AMi Cargo will fire its main engine for 6 days allowing the AMi Cargo to gain a ?v of 1.4 km/s and place itself on an Earth return trajectory, flying inertially for 59 days.

Once in the vicinity of Earth, at 50,000 km the capsule will detach from the Cargo. The capsule will start descending towards Earth, reenter the atmosphere and recovered by a ship or helicopter.

Budget
ARCA is committed to make the AMi Exploration Program a reality by using its skills of achieving great results with reasonably small amount of funding.

The total amount needed for the EcoRocket Heavy fabrication is $23 million.

The launch cost for the reusable EcoRocket Heavy is $5 million.

The cost of an asteroid mining mission will reach $5.8 million.

We estimate that $100 million will be required between 2022 to 2027, to start the mining operations. In order to raise this amount, in September 2022 we will release the AMi Exploration Crypto, through which we expect to raise from private and public sales $73 million.

The utility for the ARCA token is linked to the fact that the token owners could use the tokens to purchase the ore with priority. The purchase could be also performed with 20% from the sale cost covered with the AMi Token.

The AMi Community
We are encouraging everyone interested from around the world to contact us to support the AMi Exploration Program implementation. The contribution through volunteering work will lead to rewards of tokens worth $10/hour.

We also wish to thank to all our donors who will be rewarded with the AMi Token.